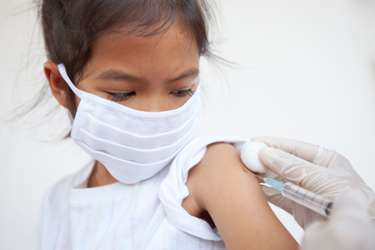 Motherhood is the common thread that weaves through the life’s work of Jessica Grossman, M.D. After earning her M.A. in English and Biology at Brandeis, an M.D. from Thomas Jefferson University, and doing post-doc research at Harvard Medical School, she invented a novel, minimally invasive surgical product and procedure for office-based intrauterine ultrasound guided ablation of uterine fibroid tumors. She then went on to found or lead multiple biopharma and medical device companies focused on gynecological and maternal care. Since December 2020, she’s served as CEO at IgGenix, which is developing an engineered antibody-based therapeutic platform to suppress allergic reactions.

That’s important work in a field defined by a high—and growing—unmet medical need. Over the past 10 years, allergy related hospitalization rates have increased more than 250%. On a recent episode of the Business of Biotech, I asked Dr. Grossman about a career choice that, on paper, looks like a departure from her women’s health roots. In reality, she says it’s more of an extension.

The severe allergies that result in life-threatening situations and millions of ER visits annually, she explained, disproportionately affect children. She’s a mom. And moms, she says, are the chief medical officers of the family. “I see allergies as a family disease. And if we can have an impact on those kids who suffer from life threatening allergic disease, allergies to foods and other things, then we can really improve the lives of full families,” says Dr. Grossman. The maternal thread runs deep.

Fundraising As A Female In A Male-Dominated VC Market

After signing on with IgGenix, one of Dr. Grossman’s first orders of business was raising a round of financing, and that she did. Just six months after her onboarding, IgGenix announced the successful completion of a $25 million oversubscribed Series A1. Before IgGenix, she was running a company that was quite successful, with a large team guiding a commercial stage product. The prospect of raising money to build something new, from the ground up, appealed to her. “One of the reasons I decided to take this opportunity at IgGenix was that so much of venture capital funding, and so many CEOs of biotech companies, are not women. And I felt like I had the opportunity to change that, and I've been very fortunate since to bring some success to the space. If I was able to go out, raise a round, and add my name to the 3% of women who are raising venture capital funding, that would help the women behind me, and help pave the path for the next generation of women CEOs and women entrepreneurs. That was really important to me,” she says.

At her prior companies—event though they all had roots in women’s health—men comprised most of Dr. Grossman’s executive teams. In all her years raising funds for the women’s health companies she’s founded and led, she’s never met a female venture capitalist. “I have the opportunity to change that, to represent something different, and give VCs and investors the opportunity to work with a woman CEO and see how great we are.”

Fundraising is just one of the areas Dr. Grossman has exerted her influence since joining the company. She’s also set IgGenix up for growth by significantly expanding its source materials network. That’s no easy feat in the company’s line of work, which is based and dependent on whole blood from highly allergic donors.

Once that blood is collected, IgGenix uses flow cytometry to isolate single cells that have allergic disease-causing IGE antibodies on their surface. Once those cells are isolated, they are lysed and their protein-making mRNA is extracted and converted to DNA. IgGenix then employs PCR (polymerase chain reaction) to amplify the DNA, which is matched to a reference gene to remove the heavy and light chains of their IGE sequences. The IGE antibodies are not expressed —the antigen binding sites are retained—but the FC portion of the IGE antibody that will bind to mast cells and basophils are class-switched, effectively resulting in an IGG antibody.

“That's how we do single-cell genomics. But first, we have to collect the cells and the antibodies from the blood of highly allergic donors. When I started, we only had a single source of those blood specimens,” she explains. That source was the company’s genesis partner, Stanford University, and while it was yielding several samples per week, Dr. Grossman knew it wasn’t enough to enable the company to meet its discovery and development goals. “To really make progress, I realized we were going to need several samples per day.” That’s easier said than done. Collecting blood samples for a program of this nature is subject to an FDA IRB (Institutional Review Board), which is a group that’s designated to review and monitor biomedical research involving human subjects. Dr. Grossman wasted no time leaning into her experiences as a physician and in clinical trials management. She wrote a protocol, wrote an informed consent, established IRB approval, and subsequently took IgGenix’s clinical footprint from one site to ten, significantly expanding the supply necessary to execute preclinical studies. “We're now planning animal and in vivo studies, and we just completed our preliminary PK (pharmacokinetics) study.

With an imminent goal to begin contract manufacturing of clinical trials material for its lead candidate, IgGenix is in good position for rapid pipeline expansion. It’s identified antibodies for more than 25 different allergens to date, those causing allergies that currently have no prevention options beyond the long-term inconvenience of allergy shots, and no treatment options beyond emergency epinephrine injections and/or hospitalization. “Our scientific hypothesis is that an engineered IGG antibody will immediately enable the benefit of those years of allergy shots,” says Dr. Grossman.

Changing the paradigm begins with getting that first lead candidate into the clinic, which has turned Dr. Grossman’s attention to preparing the company’s CMC strategy and IND-enabling studies for a pre-IND by year’s end. “We’re a pretty small team right now, so at this stage I see a need to bring on pharmacologists, toxicologists, and people to lead our CMC and regulatory efforts,” she says. Recognizing that those people will require paychecks, she’s also eager to once again hit the fundraising trail to work on the company’s Series B. Perhaps that exercise will present her first opportunity to pitch a female venture capitalist. Regardless, Dr. Jessica Grossman’s hustle is certainly inspiring to biotech leaders of any gender.

Learn much more about IgGenix and Dr. Grossman’s work ethic on episode 91 of the Business of Biotech podcast.