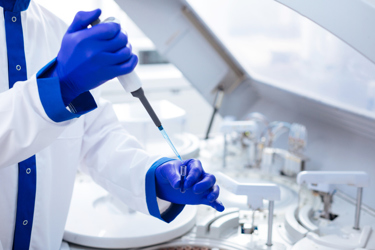 What if you had a near real-time, in-vivo view of the work your molecule was doing in a patient's body? How would this view inform biologics development? How would it expedite clinical trials? How would it change your approach to patient monitoring and reporting?

This is a concept that MIT spin out Glympse Bio has been developing on the work of MIT Professor Sangeeta N. Bhatia, M.D., Ph.D., since its launch in 2015. The company is currently in the clinic with a portfolio of bio-engineered, tunable sensors designed for in-vivo diagnostic and prognostic purposes. These biosensors are custom built to monitor the status of a range of protease mediated diseases and their response to therapeutics. The potential applications of the technology are vast, and developers of biologic therapies are among those who stand to gain the most.

The Business of Biotech podcast recently hosted Glympse Bio President & CEO Caroline Loew, Ph.D. for a discussion on the technology and its implications on drug development.

Dr. Loew is no stranger to drug development leadership. She brought along nearly two decades of big pharma experience when she took the reins at Glympse in 2018. After earning her Ph.D. in organic chemistry at Imperial College London, she led R&D and regulatory policy initiatives as senior VP at the trade group PhRMA. She then spent 8 years in VP at Merck before serving as VP and head of R&D strategy and planning across the whole portfolio of clinical products at Bristol Myers Squibb. That responsibility included oversight of candidates from discovery through Phase 3, including business development and collaborations. Her move away from big pharma and into emerging biotech was aspirational. “Running a smaller biotech startup was something I had always wanted to do,” she says. “I had very methodically planned my career with that aim in mind. It was my view that, to be successful in the biotech arena, you really needed to understand what it took to successfully develop a therapeutic and bring a product to market.”

While she fully intended to make that transition to an emerging therapeutic development company, plans changed when Dr. Loew met Dr. Bhatia. This was not a therapeutic development opportunity. It was, potentially, something bigger. “Diagnostics wasn’t on my radar, but very interestingly, one of the biggest issues that I had grappled with in the portfolio that I was managing at BMS was an issue that’s very straightforward and experienced by every person in therapeutics, whether they’re working on a single asset or a portfolio of them: how do you discriminate between the winners and losers?”

Why The Tech Matters

Dr. Loew became intrigued by the potential of a technology that could provide early insight into treatment response and target engagement. “We see substantial failures time and time again because these issues haven't been well discriminated.” It’s a challenge that’s rapidly exacerbating as new modalities and novel therapeutics arise. Current standards and protocols, such as biopsy-confirmed endpoints in NASH, where Glympse is currently focused, are invasive and difficult for patients.

The technology that Glympse is developing bio-engineered, tunable sensors that provide clinically-actionable, near real-time data on the presence of, and therapeutic response to, protease-mediated diseases. These sensors are injected locally to the disease state, where they measure the activity of dysregulated proteases. Within an hour, they’re excreted in the patient’s urine, then examined using standard lab equipment and disease-specific classifiers to determine disease stage and severity.

The implications of the data produced are far-reaching. In addition to driving clinical study and trial efficiency for pharma and biopharma developers, Glympse sees an opportunity to break new ground in population-based assessments of drug efficacy. “With enough data, we anticipate being able to look at patient profiles and make efficient and accurate determinations regarding the therapies most likely to illicit a response in those patients,” says Dr. Loew.

While Glympse is first and foremost a diagnostics company, Dr. Loew sees great potential for translational research and drug development companies. “The data these sensors generate can potentially validate pathways in the translational research space, inform clinical trial patient recruitment, provide surrogate endpoints for early efficacy studies, complement approval packages, and support reimbursement,” she says, all of which speed the path to discriminating the winners from the losers.

Learn more about Glympse Bio and Dr. Caroline Loew on episode 47 of the Business of Biotech podcast.