Does RNAi Have A Future Beyond Liver Disease? 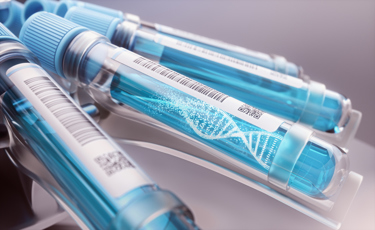 Dr. Christopher Anzalone’s appointment as president, CEO and director at Arrowhead Pharmaceuticals marked the beginning of a chapter in the company’s story that an editor might title Aggressive Growth. Dr. Anzalone joined the company—then called Arrowhead Research Corporation—in 2007. At the time, Arrowhead was a nanotechnology company with several subsidiaries. While Dr. Anzalone was skeptical of the company’s structure (he characterizes the business at the time as “broken” and “difficult for any investor to really understand”), he took a keen interest in one of Arrowhead’s holdings, a small RNAi company called Calando Pharmaceuticals. RNAi represented a brand new technology, but it was one Dr. Anzalone saw a future in. He’d only take the reins at Arrowhead if its board agreed to let him reshape the business as a traditional biotech focused on the RNAi opportunity.

The business, Dr. Anzalone says, took a bit longer to rationalize than he anticipated—as did most organizations begun or reinvented at the threshold of the Great Recession. But, by 2011, Arrowhead was staking out a majority ownership of the available RNAi intellectual property. It acquired Roche’s RNAi assets that year. A few years later, the company bought all of Novartis’ RNAi assets. These were big, pivotal moves that required some shrewd deal making for a small company, and Rob Wright, chief editor at Life Science Leader, does a great job chronicling the details of that saga in the magazine’s April, 2020 issue.

Why The Big Bet On RNAi?

By 2015, Arrowhead found itself with the lead in the RNAi space. “I think it’s the best bet in biotech, because it’s a mechanism that acts with surgical precision,” explains Dr. Anzalone. “Successfully silencing a single gene for up to six months with a single, subcutaneous injection is an extraordinarily powerful concept, unrivaled in terms of that level of specificity.” He placed his chips there, as opposed to a gene therapy like CRISPR, because it’s powerful but non-permanent. “CRISPR is an interesting idea, but the permanence of it is frightening and there’s a log way to go,” he says.

That’s not to say that it was an easy bet. The RNAi field was challenged early with its delivery mechanism and off-target toxicity effects, which took more than a decade of development to conquer. “What we’re doing today is introducing an RNA molecule into a certain cell to down-regulate the expression of a certain gene. That RNA molecule is inert, chemically modified to avoid degradation, and tethered to it is a molecule that will naturally bind to and be absorbed by a certain cell type.” Sounds simple enough, but the challenge, says Dr, Anzalone, is getting your molecule to the right cell at the right time. “There’s science, and then there’s engineering science. We’re in the engineering phase of RNAi as it relates to its delivery to cells.”

To date, RNAi therapy development has focused on liver diseases. Dr. Anzalone says the liver was a good initial target organ because of the job it does. “The liver is a clearance organ. It wants to soak up things from the blood, so it’s relatively straightforward to bring molecules into hepatocytes. That creates a lot of opportunity to develop powerful medicines if you only focus on the liver, so that was an important space for us,” he says. Arrowhead has thus partnered with Johnson & Johnson on its JNJ-3989 hepatitis B therapy, currently in Phase 2 clinical trials. Hepatitis B represents a great unmet medical need, with an estimated 300-350 million people with a currently uncurable chronic hepatitis B infection. Arrowhead’s alpha one antitrypsin deficiency candidate, ARO-AAT, is also in Phase 2 clinical trials. “While this disease impacts a much smaller market, the biology seemed clear. There is a protein that is produced that can cause liver disease in a certain population of people. We think we can turn that off, and we're in the process of showing that right now.”

Arrowhead’s Phase 2 candidate AMG 890 was licensed to Amgen in 2016.  The therapy is designed to reduce production of apolipoprotein A, a key component of lipoprotein(a), which has been genetically linked with increased risk of cardiovascular diseases, independent of cholesterol and LDL levels. The company is also in the clinic with two cardio-metabolic programs. Phase 1 ARO-APOC3 has demonstrated an ability to lower triglycerides by 95 percent, and ARO-ANG3 is shown to lower serum LDL, serum and liver triglyceride and has genetic validation as a novel target for cardiovascular disease. “We've seen an 85 percent reduction in triglycerides and a 40 percent reduction of LDL with ARO-ANG3,” says Dr. Anzalone.

Rounding out its liver-focused lineup is ARO-HSD, a late-Phase 1 therapy designed to reduce production of HSD17B13, a hydroxysteroid dehydrogenase involved in the metabolism of hormones, fatty acids and bile acids.

Dr. Anzalone says speed is one of the hallmarks of Arrowhead’s development of these therapies, and to maintain that speed, the company has also made it a point to maintain control. “We have redundant supplier and we use CMOs for manufacturing, but it’s important that we’re able to control the processes more than we did in the past. We now have the internal ability to make GMP grade material and scale that up. We’ve been able to shave months off our development schedules by controlling our own manufacturing, particularly in the early stages.”

All that said, Dr. Anzalone also recognized that to extract all the value from RNA interference and to really revolutionize the medicine, Arrowhead needs to bring RNAi outside the liver to address other diseases.

Where Arrowhead Takes RNAi From Here

Arrowhead’s approach to taking RNAi to other organs begins with solid tumor delivery. “We thought solid tumors could be a potential next cell type to go after, and we viewed this as a test kitchen. We learned an awful lot about how to bring molecules into cells that were not hepatocytes via that program,” says Dr. Anzalone. That effort developed into a platform that the company is treating like a franchise unto itself. The first program in that platform targets renal cell carcinoma. That Phase 1/2 candidate, dubbed ARO-HIF2, is the company’s first therapeutic candidate delivered using a new extra-hepatic delivery vehicle. “This is a potentially important medicine for renal cell carcinoma, because it will be one of those really uncommon oncology drugs that doesn't make you sick,” says Dr. Anzalone. He likens ARO-HIF2 to the sharp end of Arrowhead’s solid tumor spear. “I think once we show that we can knock down HIF-2α in renal cell carcinoma, it will provide a proof of concept that we can get into solid tumors and allow us to rapidly blow out that pipeline and go after gene targets in other tumor types,” he says.

Moving even faster than that program, says Dr. Anzalone, is Arrowhead’s Phase 1 ARO-ENaC candidate for cystic fibrosis. Arrowhead began working on delivery to pulmonary epithelial cells several years ago, and is on the cusp of dosing patients with ARO-ENaC, which will be administered via inhalation. “There are large groups of cystic fibrosis patients who have not been served well by existing drugs, and we believe we can step in there and help quite quickly,” he says.

Arrowhead considers the lung a target-rich environment for RNAi, as demonstrated by its IND-stage candidate ARO-Lung2 for COPD and its pre-clinical ARO-COV candidate for, you guessed it, COVID-19. The company plan to begin clinical studies for its COPD program—gene target to be announced—by the end of 2020.

“There are an awful lot of lung indications that we can go after using RNAi that are undruggable by other mechanisms,” says Dr. Anzalone. “We’re also targeting skeletal muscle conditions, and I expect that we'll be in the clinic there within the first half of 2021.”

Arrowhead is taking RNAi out of its hepatocyte comfort zone with therapies targeting the lung and solid tumors, and Dr. Anzalone is already thinking—but not yet talking—about the next cell type the company will tackle in 2021. After taking on big risk to acquire the lion’s share of RNAi assets, Dr. Anzalone and company are clearly tripling down on the promise of RNAi therapy.

Tune into the Business Of Biotech podcast, episode 12, for an in-depth conversation on how Arrowhead is taking RNAi outside the liver.