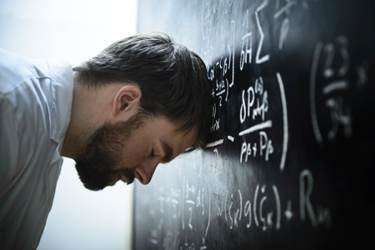 Martin Lehr self-diagnosed his case of imposter syndrome sometime around 2014. He’d been working as a life sciences venture capitalist for about five years, a field he steered himself into after spending the early part of his career doing research at The Children’s Hospital of Philadelphia and Memorial Sloan-Kettering Cancer Center.

“I loved research, but I didn't have the greatest hands in the world, so I wasn't a particularly good or productive researcher,” admits Lehr. The Philadelphia native was living in NY at the time and considering a move back home when he learned that a new VC fund called Osage University Partners was forming up in his hometown. Its modus operandi was to invest in early-stage academic technologies that were spinning out of universities. Lehr was intrigued. “The type of companies, ideas, and concepts they were looking at were very consistent with the journal articles and research I was reading every day. I really didn't know what venture capital was, but the fund was hiring, so I interviewed there and got the job,” he says.

Lehr spent the ensuing years scouring universities for promising research and working with professors to form companies, primarily in the oncology space, but also in orthogonal non-cancer areas where the signaling pathways overlapped with his understanding of oncology. He helped a lot of companies get off the ground during those years, served on multiple boards, and helped establish a uniquely positioned and successful VC firm with $600 million under management.

There was just one thing weighing Lehr down. He spent his days placing bets on biotech teams and advising first-time biotech leaders on any manner of biotech business and financial decisions. And yet, he had never run a biotech.

“Over the years that I was forming and advising these companies, we would work on them and then we would set them on their way,” says Lehr. “I really wanted to follow one through not just the initial investment, but through the growth of the company. And I thought the best way to do that was to leave and pursue a company on my own.”

The boards Lehr served on were comprised of current and former biotech leaders. When the CEO said, ‘I have problem X,’ those board members could offer real help, because they’d lived the same problem. Lehr, in contrast, hadn’t done any of it. An informal survey of the CEOs he worked with confirmed his concern. They told him the board members who were former CEOs, with whom they could speak frankly about their experiences, were the ones they valued most.

“I felt like there was a blind side to my ability as an investor. How could I make very smart investment decisions about companies that I didn't fundamentally understand? That really started to eat away at me. I became less comfortable in my own skin.”

The only way to shake that discomfort was to operate a biopharma of his own.

Why Not Address A Massive Need?

Lehr’s professional research experience was in oncology, and more specifically, solid tumors. His personal life has been affected by a family history of breast and ovarian cancers. That’s where he’d start with Context Therapeutics, the biopharma company he co-founded in 2015.

Most women discover these cancers early in their progression, through mammography or a visit to their OB-GYN. For those women, surgery, chemotherapy, and/or radiation may eradicate the disease.

But, many women relapse and many discover the cancer at a stage that’s too late for those front-line treatments. In many of those cases, the cancer becomes metastatic. “Unfortunately, for patients with metastatic breast, ovarian, and endometrial cancer, there are currently no cures,” says Lehr. The treatment approach for those metastatic cancers is focused on life extension and quality of life, though to the detriment of the latter, treatment options currently available present significant side effects.

“We think there’s a tremendous opportunity to help women in that recurrent metastatic setting,” says Lehr.

To that end, Context’s is a modality-agnostic approach. Having gone public in October 2021, Lehr says  the company is well-capitalized but small, and as such it must choose its development candidates with great care. “We determined that one way to differentiate and compete is to pick drug targets that were challenging, targets that had some sort of impediment that, if we were successful in drugging that target, we could be first or second in market.” By picking targets that are hard to address, Lehr surmised, Context wouldn’t have to worry as much as many early-stage companies do about competition from big bio.

How Are You Judged When You’re One-Of-A-Kind?

Context claims its first program, a progesterone receptor antagonist, is the most complete inhibitor of the target that’s been discovered. Lehr says that’s the first mover advantage the company seeks, but admits it comes with pros and cons. “The pro is the success you can own. The challenge, and one that we’ve felt acutely, is that being the ‘only one’ makes it difficult for investors to frame the program’s financial potential if there aren’t other programs they can benchmark you against.”

For that reason, Lehr says he prefers a market with one or two other major players. That was part of the strategy equation when it developed its second program, a bi-specific antibody called Claudin-6. The candidate intends to redirect T-cell mediated lysis toward malignant cells expressing Claudin-6, a tight junction membrane protein that’s unique in that it’s oncofetal, absent from healthy adult tissue, but expresses in multiple cancers. “That makes it an ideal cancer target because in adults, it's only expressed on cancer cells,” explains Lehr. He also says it's very hard to develop an antibody against the target. But, “hard” is the company’s mantle, so Context acquired what Lehr considers the most selective Claudin-6 antibody that has ever been publicly disclosed.

“We subsequently convert that Claudin-6 antibody into a bispecific format,” explains Lehr. “The idea is to bring immune cells in close proximity to cancer cells, to kill them. What’s important about that program is the competition — particularly Xencor and BioNTech — is defining the goalposts of success for Context.”

For its part, BioNTech published the first human data targeting Claudin-6 earlier this year. That data showed a 43% response rate in advanced solid tumors using a CAR T-cell approach. And that’s a benchmark Lehr embraces. “We learned from our progesterone targeting program that it's better to have at least one, and hopefully two, competitors so that investors can ascribe valuation accordingly.”

It’s a bold statement, but those valuations are also an important part of Lehr’s vision for Context. Solving difficult development challenges earns a small biopharma an awful lot of attention from big bio. And Lehr would be more than pleased to entertain that attention. He shares candidly on the company’s long-term partnership intentions on episode 93 of the Business of Biotech podcast.

The People Part of Leadership Proficiency

Seven years into the CEO experience, Lehr admits it quickly became clear that he had no idea what he was doing as an investor/advisor. He also had a lot to learn about the complexities of running a company, the people part in particular.

“When you’re in venture capital, you typically work with incredibly high functioning, self-motivated, type-A people with incredible academic pedigrees,” he says. “When you get into a broader work experience, you encounter a variety of backgrounds, skillsets, ages, ethnicities, races, educational backgrounds, and levels of motivation. How does a young, first-time CEO get all those people together and working on the same page?” Those are the daily travails of the CEO that he had no appreciation for as a VC/board member.

Whether or not he ever goes back to all-in VC work to exercise his CEO experience chops on startup leaders, Lehr says without reservation that launching Context was something he simply had to do. His bigger concern, he says, was the conversation it warranted with his wife, which went something like this:

Hey, I’ll make partner a year from now and that will come with a big raise. But instead, I think I’m going to leave the firm and launch a startup. We’ll need to live on your teacher’s salary for a year or so.

“I’m fortunate that she was incredibly supportive. And, thank you to the Philadelphia School District for my healthcare at the time,” Lehr quips.

Marty Lehr no longer suffers from Imposter Syndrome. His curative therapeutic included a conjugate of transparency and fortitude, and they’ve both worked.

Learn much, much more about his journey and Context Therapeutics’ work on the Business of Biotech.