COVID-19 Vaccine: Does Small Biopharma Have A Chance? 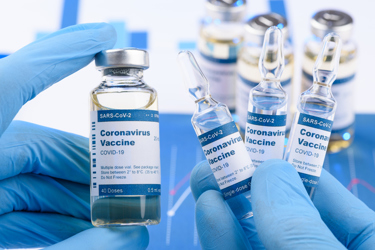 With an incredibly diverse pipeline featuring four COVID-19 vaccine candidates, Dr. Seth Lederman and Tonix Pharmaceuticals are focused on the long game of a COVID-19 endemic.

To assess the trajectory of Seth Lederman, M.D.’s career as told by his LinkedIn profile, you’d come away with a grossly oversimplified snapshot. I’ll save you the profile view. It goes like this:

In reality (timely reminder: social media is not reality), his entrée into industry was not as simple as taking a hard 90-degree turn into biotech after a long and tenured academic career. In fact, Dr. Lederman tells me he “got off the farm” for the first time back in 1990, when he discovered a molecule (CD40-Ligand or CD154), made an antibody against it, and partnered with Biogen to develop it. “When I saw what biotech companies could do relative to what we could do in the academic lab, I saw a way to expand the impact of my work and to translate that work more directly to therapies that might affect patients,” he says.

That original program stalled at the hands of toxicity problems, but Dr. Lederman never gave up on it. Two decades later, it’s one of sixteen candidates in the Tonix Pharmaceuticals pipeline, an antibody to CD40-Ligand called TNX 1500 with indications for transplant rejection, ALS, and other autoimmune diseases. While that project got Dr. Lederman out of academia, his background in immunology is what poised Tonix for its foray into the COVID-19 program that’s become its priority.

The second, more advanced portfolio comprises five candidates—three of which are in multiple phases in the clinic—targeting central nervous system disorders including fibromyalgia, PTSD, Alzheimer’s, alcohol use disorder, cocaine intoxication, depression, neurocognitive disorders, ADHD, migraine, and craniofacial pain, among others.

The portfolios cover an uncommonly wide range of indications and molecule types, and Dr. Lederman says that’s by design.

“In the early part of my career in industry, I worked with startups,” he explains. “The startup mentality is typically limited. Each one is like a special-purpose vehicle with one program, funded by a specific set of private investors who like to keep their investments segregated, and it’s winner-take-all.”

Lederman doesn’t like that model for a public company, like Tonix.  Tonix became listed on the NASDAQ (TNXP) in 2013. “Public companies should be built to last with permanent capital, and I think diversification is a necessity to that because there’s not enough certainty in the field around which trials will work and which will not.” That characteristic of Tonix, he says, allows the company the creativity and freedom to “take shots that might be too risky for venture capitalists.” One “shot” that shrugs off the burden of such risk—at least, right now—is a COVID-19 vaccine. Or four, as it were.

Still, doesn’t such a manifold catalog of potential products in fact increase risk exposure, given the variance of intellectual property, development approach, and manufacturing infrastructure and capacity required of each candidate? Dr. Lederman rationalizes those risks in the company’s semi-virtual, lean corporate model. “At just 18 employees, we’re a relatively small company,” he explains. “Each of our distinct program teams employs a number of clinical trial design, regulatory, and manufacturing consultants to attract and retain deep expertise in each area.”

A Virtual Biotech—To An Extent

While the “virtual company” model has worked for Tonix in many cases, Lederman maintains that flexibility is key to managing diversity. “We’re actually growing out of the virtual company model with respect to our vaccine program,” he says, referring specifically to a Tonix COVID-19 vaccine candidate that's based on a proprietary horsepox platform the company hopes to leverage as a vector for several infectious diseases, and potentially oncolysis. “The virtual model works when you have access to contractors and external resources that meet your needs,” explains Dr. Lederman. “It doesn't work as well when the technology is really proprietary, in which case having control of the resource is often key to speeding things up,” he says. “If we want to remain at the forefront of this viral vector technology, then we need to control the resources to develop future products more efficiently.”

The Business Case For One Of 150 COVID-19 Vaccine Programs

Control of the resources Dr. Lederman mentions includes the buildout of a Massachusetts research and development facility dedicated specifically to that program. He says that’s a strategic investment for the long-haul. Yes, he acknowledges that Tonix is one of more than 150 in a crowded field of COVID-19 vaccine contenders. He recognizes the advantages of being on the receiving end of the billions of Operation Warp Speed dollars being paid out to AstraZeneca, GlaxoSmithKline, Johnson & Johnson (Janssen), Moderna, Novavax, Pfizer, Regeneron, and Sanofi. But, he also believes that being first to market isn’t the longtail opportunity. “We see COVID-19 as becoming endemic. We don’t think it’s going anywhere for as long as humans are on earth, and we don’t think the first vaccines that are approved— whether through emergency use authorization or otherwise—will be the vaccines that dominate the market,” he says. Dr. Lederman surmises that a childhood vaccine program—one that leverages a live virus vector to induce long-term, durable, T cell immunity—is on the horizon. That’s what Tonix is operating toward, fully recognizing that developing live vaccines and measuring T cells are longer-term projects than many of those racing along under Operation Warp Speed.

That long-term outlook is also why Dr. Lederman is advocating for a reshoring of the pharma supply chain, and a reshuffling of the federal dollars allocated to pandemic response once the current vaccine emergency settles out. Big pharma sending research, development, and manufacturing offshore to improve profit margins, he says, has come back to bite us as cross-border transactions have become problematic due to supply and logistic challenges. “This pandemic has proved that the U.S. went too far, leaving us very vulnerable in terms of the pharmaceutical supply chain—viral vectors and vaccines in particular,” he says. “There’s a clear need to look inward and build these resources in the U.S.”

On federal funding, Dr. Lederman is very quick to laud the monumental and historic effort underway in Operation Warp Speed. He’s also quick to call for a redistribution of federal funding to the 140+ COVID-19 vaccine and therapeutic programs that aren’t the beneficiaries of that governmental financial support. He calls it somewhat unique that in the U.S., there hasn’t been broad support for projects outside those programs covered under Operation Warp Speed, whereas other governments around the world have demonstrated support of projects taken up by smaller innovators. “Particularly now that everyone knows that the entire GDP of the United States is vulnerable to a pandemic, the spending for pandemic preparedness should be increased many fold and distributed, rather than focused on approximately ten billion dollars in grants to eight specific companies. Distributing $30 million contracts to a larger number of companies would be a step in the right direction.”

The suggestion comes with the benefit of experience on such matters. Dr. Lederman recalls the perennial battles he fought for small scraps of funding when he was in academia. “There are experiments that demonstrate that if you deprive chimpanzees of protein, they’ll kill each other. If you throw a steak in the cage, they’ll stop.”

Perhaps there’s an important lesson in there somewhere to corroborate a more diverse approach to federal vaccine and therapeutic development assistance. If emerging biopharma is where the innovation lives, let’s make sure they’re not deprived of the sustenance they need for collective progress.

Learn more about Tonix Pharmaceuticals and the diversity of its pipeline at tonixpharma.com.