COVID-19 And The Next Chapter In Ansun's Turnaround Story 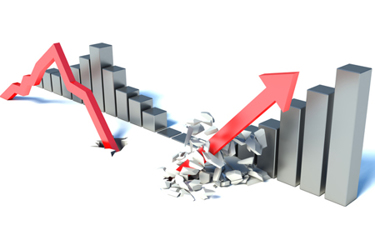 How Dr. Nancy Chang turned an embattled company in financial freefall and on the heels of clinical failure into a leading clinical-stage biopharma.

Back in 1986, Dr. Nancy Chang took $250,000 dollars of her family’s own money and built a lab in 4,000 square feet of rented space near Houston’s Texas Medical Center. That’s where her first startup biotech, a company called Tanox, was born. During its 21-year run, Tanox produced seven patents related to its development of humanized antibodies for targeting immunoglobulin E (IgE) and IgE-expressing B lymphocytes for the treatment of allergic diseases.

In 2007, after 21 years serving the company she built as chairman, president, and CEO, Dr. Chang sold Tanox to Genentech for $919 million in cash.

Dr. Chang was 56 years old at the time. She might have been content taking on a few board positions, maybe doing a little angel investing and some philanthropic work.

Or, she might pour her wealth, time, and knowledge into a failing biopharma company that other—many other—notable scientists and biopharma entrepreneurs had given up on and left for dead.

Turns out, Dr. Chang did all of those things.

Rather than rest in success, Dr. Chang took a keen interest in Ansun Biopharma, a company founded in 2003 by virologists and molecular biologists pursuing a novel approach to treat otherwise untreatable viral flu strains. Ansun’s founding intentions were true, its science was solid, and in those early days, its funding was secure. In fact, from 2004 through 2011 the company received a number of research grants in addition to a $50 million contract from the NIH to develop the experimental anti-influenza agent Fludase.

On paper and in the lab, the future looked bright for the young company. Behind the scenes, however, management problems were beginning to undermine its prospects. In 2011, Ansun was low on cash and behind on its timelines. Venture capital had dried up, and prospects for new capital infusions were grim. That’s when Dr. Chang joined Ansun’s board and backed her commitment with investment dollars. She believed in the company’s science—the concept of protecting the virus’ receptor cells, rather than attacking the virus itself—an idea she had played an early hand in pioneering while at Tanox.

By 2016, the company had moved its lead candidate into a Phase 2 parainfluenza virus (PIV) clinical trial. That trial, however, failed to meet its primary endpoint of clinical stability survival, a composite endpoint consisting of vital signs and the patient’s ability to breathe without supplemental oxygen (i.e. return to room air).  Ansun’s then-CEO interpreted that result as a failure of DAS181 for this indication.

When De-Risking A Biopharma Requires A Risky Move

That clinical ‘failure’ didn’t sit well with Dr. Chang. While other stakeholders were inclined to jump ship, she chose to step up her involvement with Ansun in a way few would have. Rooted in her belief in the science, she took over the flailing company, became its CEO, and encouraged the team to reexamine the Phase 2 PIV data. Upon thorough post-hoc analysis, an efficacy signal was discovered. Her team found that DAS181 was, in fact, effective at helping the most severely immunocompromised patients return to room air versus placebo.

Ansun took the results of the post-hoc analysis to the FDA, and the Agency agreed with the company’s findings, concluding that the post-hoc analysis featuring return to room air as an endpoint was 'clinically meaningful.’ With these data points in hand, Ansun applied for and was awarded Breakthrough Therapy designation for DAS181 in 2017.  Furthermore, the FDA agreed to allow Ansun to proceed with development requiring only one confirmatory phase 3 trial for registration.

With Dr. Chang at the controls, the company was getting itself back on the rails. Ansun secured $85 million in Series A financing the spring following Breakthrough Therapy designation for DAS181. By the second quarter of last year, the company had enrolled its first patient in a phase 3 clinical trial evaluating the drug in hospitalized, immunocompromised patients with lower respiratory tract PIV infection. That fall, China's National Medical Products Administration approved two separate INDs for the same indication. Ansun was simultaneously moving forward with Phase 2 trials of the drug for influenza, and entering Phase 1 trials for metapneumovirus and enterovirus68.

Then, along came COVID-19, a disruption, and a potential new application for DAS 181.

Based on a smattering of positive in vitro data in a similar coronavirus, Middle Eastern Respiratory Syndrome (MERS), DAS181 seemed a potential candidate to treat SARS-CoV-2, the coronavirus that causes COVID-19. In March, Ansun partnered with the Renmin Hospital of Wuhan University in an investigator-initiated trial for the treatment of the virus conducted in the epicenter of the outbreak—Wuhan, China. A 10-day treatment course with nebulized DAS181 was administered to patients with severe bilateral viral pneumonia and hypoxemia, yielding positive results. Supplemental oxygen was able to be removed, vital signs stabilized, oxygen saturation improved, and CT scans revealed resolution of infiltrates. All four patients treated recovered and cleared their viral infection. Those results prompted the FDA to approve a substudy to Ansun’s ongoing Phase 3 STOP PIV trial for lower respiratory tract PIV infections. A randomized, double-blind study in the U.S. is now underway, as are plans to expand the trial if the initial proof of concept stage is successful.

The urgency of the COVID-19 study is, however, likely to slow interim analysis of the company’s Phase 3 trial of DAS181 in lower respiratory tract PIV infections, which were initially expected by year’s end. Chang says the company is projecting a delay of about 6-12 months for that analysis.

Still, Dr. Chang is confident there’s more than just a drug, but rather a platform, in the making, and the COVID-19 disruption might bear that confidence out. “Several viruses use sialic acid as a receptor to infect epithelial cells,” She explains. “DAS181 can block virus entry and prevent the infection and spread of multiple sialic acid-dependent viruses.” The efficacy of DAS181, she says, is enabled in part by its mode of delivery. The drug, a recombinant sialidase protein that cleaves sialic acid located on the surface of epithelial cells lining the human respiratory tract, is administered via a nebulizer using Aerogen’s vibrating mesh delivery technology. The approach applies DAS181 directly to the site of the virus infection, “where the fire is,” as Dr. Chang puts it.

Dr. Stanley Lewis, who had previously served as Director of Drug Development under Dr. Chang at Tanox, is now CMO at Ansun. He tells us after treatment of over 800 patients, serious adverse clinical reactions associated with DAS181 are rare. While sialic acid plays beneficial roles in such functions as cell recognition throughout the body and neurotransmission in the brain, Dr. Lewis says the cleavage of DAS181’s recombinant sialidase protein is a transient modification in  the lung microenvironment that renders the surface less permissive to viral respiratory pathogens.  “When administered properly to patients with intact lung tissue there’s very little potential for access to the systemic circulation; the drug is cleared from the respiratory tract within 14 days of administration,” he says.

Ansun’s process development and CMC efforts support a production-scale line that’s reached what Dr. Chang characterizes as a “very good” expression level. In addition to its internal processing facility in China, the company is working with multiple contract manufacturing organizations to produce the drug. She admits that the COVID-19 pandemic has created transportation and logistics challenges. “Shipping an investigational drug requires a lot of coordination among international commerce, regulatory, and import/export regulators. It’s difficult enough to get it to sites once the plane has landed in Beijing, but the difficulty was exacerbated by the pandemic,” she says. “We worked diligently to secure the proper licenses to do so, even when China was completely locked down. That’s a testament to our people and their ability to solve problems,” she says.

Those logistical challenges are front-and-center priorities for Dr. Chang as Ansun orchestrates progress in its clinical trials. “I want Dr. Lewis to be able to focus on moving the drug through the clinic without distraction, so I’ve been spending a lot of time working on process improvements and long-term supply agreements so that we have a solid plan in place for his clinical work to progress without disruption,” she says. “We’ll still encounter challenges that require creative solutions, but having a plan in place is fundamental to de-risking the company, and that’s always been a priority for me throughout my career as a biopharma CEO.”

Ansun’s turnaround under Dr. Chang has attracted considerable financial support for the 21-employee organization. In October of last year, the company closed an $80 million series B round of funding, building on the aforementioned $85 million series A round it raised in October 2018 to fund its Phase 3 trials. “We’ve been quietly raising funds to support our science, and I think the progress we’re making on that front is making us more visible on the radar,” says Dr. Chang. No doubt, the company is gaining headlines with the promise DAS181 is showing in COVID-19 patients, which will likely only serve to buoy its work deflecting any number of respiratory pathogens. Dr. Chang is the author of the turnaround chapter in the story of Ansun, a chapter about a commitment science, an ability to rally the right people to champion the cause, and a steadfast determination to overcome seemingly insurmountable obstacles.