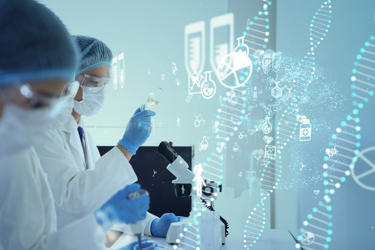 Orchard Therapeutics CEO Dr. Bobby Gaspar, M.D., Ph.D. is one of only a handful of gene therapy leaders to see the light of market-approved therapy. Here, he offers advice for those seeing manufacturing, regulatory, and reimbursement challenges for the first time.

Dr. Bobby Gaspar founded Orchard Therapeutics in 2015 and served as its chief scientific officer until his appointment as CEO in early 2020. A pioneer in gene therapy and the evolution of hematopoietic stem cell technology, he worked on some of the first studies in patients with severe combined immunodeficiency. Dr. Gaspar drives the company’s efforts to identify patients with metachromatic leukodystrophy and other diseases through targeted disease education, early diagnosis, and comprehensive newborn screening. He’s spent the past 28 years as professor of pediatrics and immunology at University College London, a globally recognized hub of gene therapy innovation.

Why His Opinion Matters

The FDA has only approved 19 cell and gene therapies since its first approval in 2017. Meanwhile, there are more than 1,200 Phase 1-3 clinical trials taking place globally and countless pre-clinical programs. That’s a whole lot of potential in a very new field of biologics, and it’s a very dynamic environment. “For the entirety of the 28 years that I’ve been working in this space, we’ve been breaking new ground. It’s no different now,” says Dr. Gaspar. “The industry is stepping into new territory as we tackle clinical, scale-up, and commercial challenges, and so are the regulatory agencies. When we launched our first clinical trials, we were manufacturing for academic purposes. As we transitioned to a commercial business producing cell and gene products for commercial use that had never been made for that purpose, we found ourselves working with the ethics and regulatory bodies [as opposed to obliging them]. Manufacturing was in its embryonic stage. They hadn’t approved these kinds of therapies before,” he says.  “To ensure your programs move forward in the best way, it’s important to work with regulators and authoritative agencies every step of the way, to ensure robust manufacturing processes that meet all the appropriate accreditations and qualifications of a commercial product.”

Earning a biologic therapy approval is a monumental feat, but in practice, a commercial approval doesn’t guarantee reimbursement. “We recently saw our first positive opinion from the EMA’s Committee for Medicinal Products for Human Use on a very severe neurodegenerative condition called Metachromatic leukodystrophy,” explains Dr. Gaspar. “By the end of the year, we’re hopeful to have a positive approval from the EU to commercialize and launch the product. But that also requires us to engage with the reimbursement agencies for a one-off treatment, and again, that’s something that really hasn't been done before. Reimbursement agencies are used to paying for therapies that are given, daily, weekly, or monthly, not just once,” he says. That different model of reimbursement represents a change in the current paradigm, and we must play a role in breaking that new ground. It’s particularly challenging, yet very important to us, because the rare diseases we address are often very severe and we need to get there early to get the best outcome for patients.”

Dr. Gaspar says MLD is exemplary of the challenge. Children who have it are born normally, but after the first year or so, they start to lose cognitive capacity and motor ability. “You have to intervene early, before the disease takes hold, to get the best effect.” In fact, Orchard’s clinical trials have illustrated that children treated pre-symptomatically or in the very early stages of the disease experience the best outcomes. The necessity of early diagnosis, says Dr. Gaspar, calls for yet another paradigm change: newborn screening, which he says starts with community awareness of the disease.  “It's an ultra-rare condition, so how do you create awareness? How do you implement newborn screening that was never considered before, because you couldn't do anything about it? Now, here's a potentially curative therapy, and it becomes incumbent on us to engage stakeholders and find funding for pilot studies to determine whether an assay is available that can detect this in patients early on.”

Where You Can Hear More

The manufacturing, regulatory, and reimbursement challenges Orchard Therapeutics faces in its MLD and other programs, as well as challenges like tech transfer to CDMOs, are discussed in great detail on episode 29 of the Business of Biotech podcast, which you can hear and subscribe to here.