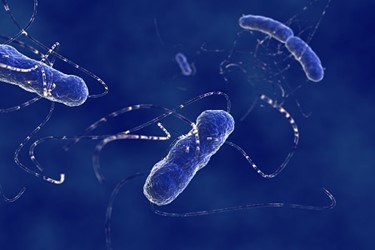 Overexpression of proteins has enabled access to highly purified proteins in large quantities for research and increasingly for medical purposes. Expression hosts can be mammalian cell lines like CHO or HEK293, but other organisms like yeast and bacteria are also commonly used.

Whether the overexpressed protein is excreted into the culture media or remains intracellularly determines the nature of the first purification step. For excreted proteins, clearance of the expression host cells from the crude culture is the first step, which is often achieved through sedimentation of the cells by centrifugation followed by subsequent isolation of the supernatant. Additional smaller debris still present in the cleared supernatant can be removed in a subsequent filtration step, which may also serve to sterile filter the media. For intracellularly expressed cells breaking or lysis of the cells is the first step to gain access to the expressed protein and remaining cellular debris can be removed from the lysate by filtration.

In all, the described clarification process can be quite cumbersome, especially during early discovery, when working with multiple cultures of relatively small culture volumes. The Pall AcroPrep 24-well Cell Clarification and Sterile Filtration Plates (AcroPrep CCSF plates), which are outfitted with a Seitz® depth filter over a Supor® EKV 0.65/0.2 μm membrane, have proven quite useful for clarification of mammalian cell cultures such as CHO-cells1, by combining the cell clearance and sterile filtration functionality in a single device.