Can Valneva Do What SmithKlineBeecham Couldn't? 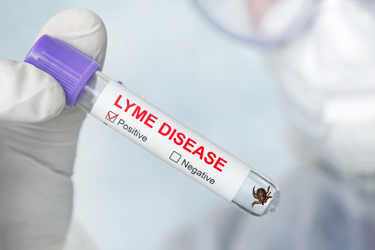 As marketability goes—and despite a growing unmet medical need—Lyme disease vaccine programs have suffered a futile fate. With its VLA15 candidate, French specialty vaccine company Valneva is trying to change that.

Prior to the COVID-19 pandemic, if you’d asked me what scourge caused me the most immediate concern of infection, I’d have told you it was Lyme disease. My home in rural Northwest Pennsylvania sits on a landscape infested with deer ticks (Ixodes scapularis), otherwise known as black-legged ticks, the disease’s primary vessel. I’ve picked them off myself, my wife, both of my kids, and our pets. Not always in time. My son spent far too much of his childhood dealing with the acute and lingering effects of a Lyme disease infection.

Compliments of an anesthetic in their saliva, these little bugs from hell bore into flesh unbeknownst to their host. Once dug in, a tiny (2 mm) nymph-stage tick carrying Borrelia burgdorferi or Borrelia mayonii—both of which cause Lyme disease—needs just 24-or-so hours to transmit those bacteria as it engorges itself with your blood.

Such was the case in the summer of 2015, when my then-11 year-old son contracted the disease after unknowingly playing host to a deer tick. More than two weeks after the onset of intermittent fever, lethargy, and vomiting, he noticed the tell-tale “bull’s eye rash” inside his thigh (See fig. 1). An aggressive course of Doxycycline ensued. His symptoms abated, and his mother and I held out hope that the treatment had come soon enough after the infection to ward off any long-term effects. Then came the joint damage, diagnosed as Juvenile Idiopathic Arthritis in his knee and ankles (See fig. 2) and treated for the better part of a year with methotrexate. If you’re not a student of Lyme disease, you might question the correlation. According to the Harvard Medical School and dozens of other credible institutions, the onset of the arthritis on the heels of Lyme disease is not coincidence.

I’ll spare you the details while offering major props to the rheumatology department at UPMC Children’s Hospital of Pittsburgh. My son is now healthy. The great scourge of ticks, however, is growing. The CDC reports some 300,000 confirmed cases of Lyme disease annually and tens of thousands more are probable. That figure is expected to continue climbing as the ticks that cause the disease continue to multiply and expand their range. They’re now found in 37 states and nearly half of all U.S. counties. My young otherwise healthy son’s ordeal was harrowing enough. The disease is considerably harder on the joints, heart, and nervous system of folks who aren’t quickly treated. 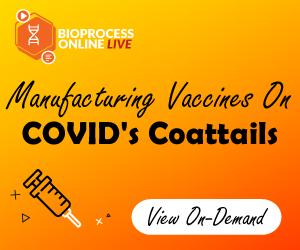 That’s why specialty vaccine company Valneva is bullish on the market prospects of its Lyme disease vaccine candidate VLA15, should it continue to show positive results in clinical trials. Most recently on 10/21, the candidate exhibited a positive safety profile in a second Phase 2 study across all doses and age groups tested. On those results, Valneva says VLA15-202 Day 208 safety and immunogenicity data support advancing the program with the Month 0-2-6 schedule. Valneva and Pfizer, with whom the French biotech partnered on the vaccine in April of this year, will finalize dosage analysis and prepare for the next development steps in the coming months.

In preparing a Lyme disease vaccine for commercialization, Valneva and Pfizer are setting out to do something SmithKlineBeecham managed to do back in 1998 with its now-defunct LYMErix product. If Valneva’s VLA15 wins FDA approval, its next big test will be to pull off what SmithKlineBeecham could not—sustaining marketability and, ultimately, positive sales figures.

Despite its FDA approval, LYMErix was besieged with problems from the outset. Its efficacy rate of <80% meant that 20% of fully vaccinated individuals could still contract Lyme disease. Full protection required three doses, one month and again a full year following the initial dose. The product’s safety and efficacy database lacked testing in young children. The vaccine was effective only against the North American Borrelia strain. The length of vaccine-induced immunity was unclear, so recipients might require booster vaccine doses as often as every year to prevent waning immunity.

While any and all of these limitations were potentially problematic, none of them were ultimately the cause of the LYMErix vaccine’s demise. Within a year of its approval, reports of adverse reactions among vaccine recipients began to garner national press attention. Of particular concern were reports of allegedly vaccine-induced arthritis. A class-action lawsuit filed in 1999 on behalf of 121 LYMErix recipients exacerbated the bad press. This, despite that fact that by 2001, the VAERS (Vaccine Adverse Events Reporting System) database showed just 905 reports of “mild self-limited reactions” and 59 reports of arthritis assumed to be associated with vaccination (on 1.4 million vaccine recipients). What’s more, the arthritis incidence in the patients receiving the Lyme vaccine occurred at the same rate as the background in unvaccinated individuals. According to the NCBI, “the data did not show a temporal spike in arthritis diagnoses after the second and third vaccine dose expected for an immune-mediated phenomenon. The FDA found no suggestion that the Lyme vaccine caused harm to its recipients.”

Statistics be damned, litigation and bad press persevered. Sales plummeted. By 2002, SmithKlineBeecham pulled the product from the market, not because it didn’t work but because it wouldn’t sell. Incidentally and in retrospect fortuitously, around the same time, then PasteurMérieuxConnaught (Sanofi Pasteur) shelved its own Lyme disease vaccine candidate (ImuLyme) for undisclosed reasons on the heels of its own phase 3 study.

Why then, nearly twenty years later, does the relatively small Valneva ($129.9 million in 2019 sales) think it can succeed where these giants of biopharma fell?

A New Attack On The OspA Of Lyme Borreliosis

While based on a similar principle for conferring the expected protection against Lyme disease, Valneva CEO Thomas Lingelbach says VLA15 and LYMErix are different vaccines. “Lymerix was a monovalent vaccine with a full-length antigen against serotype 1 of the Outer Surface Protein A (OspA) of Lyme Borreliosis,” he says. “VLA15 is intended to protect against the most prevalent six serotypes of Lyme Borreliosis in the Northern Hemisphere. It was created out of three fusion proteins containing some identical but also different epitopes of the Lyme Borreliosis OspA.”

VLA15 is a multivalent protein subunit vaccine that targets the OspA of Borrelia, one of the most highly expressed surface proteins on the bacteria when present in a tick. It represents the only active Lyme disease vaccine program in clinical development today.

Lingelbach says the strategy of targeting OspA for a preventative vaccine against Lyme disease is well-established and was validated through two placebo-controlled field efficacy trials in the late 90s delivering high efficacy rates after three vaccinations. “The spurious claim that there was a link between OspA targeting in previous iterations of Lyme vaccine has long since been disproven by the medical community and has been validated in peer-reviewed publications,” he says. Still, out of an overabundance of caution and to ensure that no further illegitimate claims were made about VLA15, Valneva modified the OspA sequence falsely associated with arthritis during development, so it’s not a part of the antigen.

As noted, more than 300,000 Americans are diagnosed with Lyme disease each year and cases in the U.S. have tripled since the late 1990s. There is no vaccine available to protect humans against the Lyme disease epidemic, which is why Lingelbach sees an opportunity to address the unmet need for a vaccine as the disease footprint widens.

“We have already collected safety data in more than 500 people to date, and this data has shown nothing of concern with regards to safety,” says Lingelbach. “The full development from Phase 1 to Phase 3 is expected to generate the necessary safety data base to support the basis for licensure.” Valneva has entered into a strategic alliance with Pfizer that will allow the co-development of VLA15 through commercialization. The deal makes Valneva eligible to receive a total of $308 million in cash payments consisting of a $130 million upfront payment, $35 million in development milestones, and $143 million in early commercialization milestones. “We’ve agreed to fund 30 percent of all development costs through completion of the development program, and in return Pfizer will pay us tiered royalties starting at 19 percent,” says Lingelbach. Pfizer will in turn lead late-stage development and have sole control over commercialization. Valneva announced positive initial results from its two Phase 2 studies, VLA15-201 in July 2020 and VLA15-202 in October 2020. “Pfizer brings valuable vaccine knowledge and resources to the table that are complementary to Valneva’s technology and expertise,” he says. “There is a joint development committee to help ensure that the vaccine is developed as diligently and effectively as possible so that the potential vaccine can be available to those who need it most.”

Lingelbach says it’s been a collaborative effort. “We’re in regular contact with many key opinion leaders in the Lyme disease space,” he says. “It is part of our ongoing mission to become more proactively engaged with advocacy groups and we understand the inherent value in working hand-in-hand with the Lyme community.”

Valneva has been pleased with the Phase 2 results to date, which have supported the safety and tolerability profile seen in Phase 1 and expanded the company’s understanding of the effectiveness of different dosing regimens. Details for entry to Phase 3 will be subject to the final development plans with Pfizer and alignment with the regulatory bodies.