Can GDF11 Address Aging, One Disease At A Time? 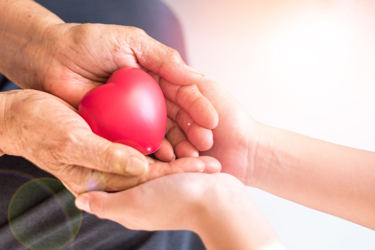 Led by Dr. Mark Allen and backed by heavyweights like Peter Diamandis, M.D. and Tony Robbins, biopharma startup Elevian is charting the CMC and regulatory path for Growth Differentiation Factor 11 to make a therapeutic play in a host of age-related diseases.

If ever there was a business leader with a holistic skillset, it’s Mark Allen, M.D. The winding path that led to his launch of the regenerative medicine biopharma Elevian in 2017 started with science; he earned his B.S. in applied physics at Columbia University in advance of a UCLA M.D., which he attained while growing the family business—substantially, I might add—as director of marketing at the craft brewery Anderson Valley Brewing Company. During his medical training, he began launching tech companies, including Internet Health, a developer of web-based clinical decision support systems and Corticon Technologies, a business rules management engine he sold to Progress Software, where he became general manager and chief technology officer.

Marketing chops? Check. Enterprise systems? Check. Management experience? Plenty of that, too. But that science and healthcare bug remained. He’d earned an M.D., for Pete’s sake. “I planned on going to med school right out of Columbia,” Dr. Allen tells me. “But, my dad implored me to try my hand at the family business, a business I watched him start from scratch. And I’m glad I did. Working there planted the entrepreneurial seed.”

Indeed, it did. But despite his success in craft beer and high tech, Allen couldn’t deny the desire to put his work in academia to use in a way that would help people at scale. Then he started reading books by Peter Diamandis, M.D. He got hooked on what he read in Abundance and Bold. And, perhaps most importantly, he took an interest in Diamandis’ pioneering work in exponential thinking. “Exponential thinking teaches that if you can ride on exponentially improving technologies, you can solve problems that were heretofore impossible to solve. Longevity is one such problem.” That was the inspiration, and the initial source of funding, as it were, behind the launch of Elevian.

Is Ageing A Problem That Can Be Solved?

“I never thought of aging as a solvable problem,” Allen explains. “Going through medical school, you learn about all sorts of different diseases associated with aging. But when they talk about interventions, it’s all about targeting the pathophysiology of each individual disease, which in most cases is a late-stage manifestation of an aging process that's been going on for years. With that approach, you might be able to impact the specific disease to a degree, but you can’t impact anything else related to aging, which is a process of multiple comorbidities,” he says.

The process of aging, he says, is taking place beneath the surface long before the diseases associated with it become symptomatic, trackable, and labeled specific disease(s). The concept of developing therapies that target the aging process, rather than specific age-related diseases, excited him. Molecular biologist and biogerontologist Dr. Cynthia Kenyon’s genetics work, and others, which extended the lifespan of worms by a factor of 10x and mice by 2x, inspired him. He became obsessed with the magnitude of impact that might be achieved by targeting the aging process versus the lesser impact of targeting individual disease.

To further underscore the value of the approach, Dr. Allen points to cancer, an age-related disease itself. “If we were to eradicate cancer from the planet, which a host of incredible companies are trying to do, we would extend the average lifespan of humanity by only 2-3 years. And in doing so, we would effectively double the incidence of Alzheimer’s and many other age-related diseases,” he acknowledges. “But, if we target the aging process, we have the potential to help the body fight cancer, cardiovascular disease, stroke, diabetes, neurodegenerative disorders, and so many other diseases related to aging.”

In 2017, Allen chose that fork in the road. He pivoted hard, made his intentions known to his network, read all the research on the topic he could get his hands on, began attending conferences and meeting scientists and investors and entrepreneurs in the space and, ultimately convinced three stem cell and regenerative biology professors at Harvard (Lee Rubin, Ph.D., Rich Lee, M.D., and Amy Wagers, Ph.D.) to co-found Elevian. Those professors had conducted extensive research on the molecule known as growth differentiation factor 11 (GDF11), a recombinant version of which Elevian is now producing to support its preclinical pipeline of therapies to address stroke, obesity, type 2 diabetes, and intracerebral hemorrhage. The company is also working to discover novel molecules that modulate the GDF11 pathway.

Why GDF11 Is Important

GDF11 is a natural protein that circulates throughout the body in minute concentrations and declines with age, by many measures. In animal studies, replenishment of the protein results in rejuvenation of cells involved in brain, skeletal muscle, cardiac, and metabolic function. Though serum levels remain somewhat controversial, Dr. Allen believes GDF11 potent enough to treat several age-related diseases in low dosages.

“We see a number of significant safety and manufacturing challenges that remain to be solved with newer modalities like cellular and gene therapies,” says Dr. Allen, “But recombinant proteins are a proven therapeutic modality with a strong safety profile, and they’re something that we can manufacture.”

Changing The Licensing, Manufacturing Paradigms Within The Regulatory Framework

Dr. Allen says Harvard was originally planning on licensing its GDF11-assocaited assets to distinct companies that would engage separate and specific neurodegenerative, musculoskeletal, metabolic, and cardiovascular diseases, following the standard, “siloed” approach most often seen in academic/biotech partnerships. In keeping with his “let’s address aging, rather than its disease-specific symptoms” philosophy, he convinced the team to change that paradigm from the outset. “All of the work that we do on manufacturing and safety is synergistic to multiple different applications of the molecule,” he explains. “Of course, we still have to go through the same regulatory processes for each individual disease we treat, because there's no regulatory process for aging. If there were, it would take years to develop, akin to AFAR's TAME trial to study the impact of treating aging by preventing the rate of age-related disease onset – a six-year study requiring 3,000 patients. That ends up being a super long study with thousands of patients because to prevent diseases, you need to wait until the onset of the diseases, which could take years for each patient.”

Instead of initially targeting disease prevention, Dr. Allen and company spent the bulk of its first three years exploring which of dozens of potential age-related diseases might offer the fastest path to market.  “Our North star, ultimately, is to get to market with a therapy that prevents multiple age-related diseases,” says Dr. Allen, but he realizes that’s not a pragmatic approach given the regulatory structure. “To move toward that goal, we identified the most devastating age-related diseases that we could treat for the shortest possible duration to see clinically meaningful effects in an unmet need where there's no good alternative treatment,” he says.

The vascular system was the obvious answer. “The most prominent effects of GDF11 happen in the vasculature, where we see improvement in a very short duration of treatment,” says Dr. Allen. Put simply, the protein regenerates blood vessels. “In our group, Lee Rubin has focused on the effects of the protein in the vasculature of the brain. The vasculature of the brain deteriorates with age.  When scientists stain and image brain vasculature, it resembles a large spider’s web in a young brain, but only a few chicken scratches in the elderly brain. When we introduce GDF11 in old animals, their brains look young again, with a higher quantity of vasculature, improved blood flow, and decreased inflammation.”  The result, he says, is an increase in nutrient delivery, more efficient expulsion of waste, and release of trophic and healing factors. “When we look at diseases and related trauma having to do with the vasculature, such as heart attack and stroke, we see significant improvement in recovery of cardiac and brain function resulting from the introduction of GDF11.”

That said, Elevian is initially focusing on the brain, and specifically, stroke recovery, due to clinical efficiency. “While there’s no standard of care that regenerates the heart, cardiac diseases are well managed medically. There are plenty of drug and surgical therapies available to manage heart disease. It would be expensive and time-consuming to go through clinical trials of the effects of GDF11 on heart disease because we’d need to show long-term outcomes to get approval. Stroke is the opposite. The only approved treatments, to eliminate clots, are limited to the first few hours after ischemic strokes, and less than 20% of patients receive this therapy.   There are no treatments for hemorrhagic strokes, caused by bleeds.  Globally, stroke is the number two cause of death and number one cause of long-term disability,.” By focusing on stroke as the first of many potential applications of recombinant GDF11, Dr. Allen believes Elevian can reach approval on a much shorter-term end point, and it’s confidently hoping for breakthrough therapy designation.

One of Elevian’s first orders of business was to develop a method of manufacturing GDF11 at the scale necessary to address myriad age-related diseases. While several suppliers have been producing small quantities of the protein for research purposes, their E. coli-based production processes were deemed unscalable; because GDF11 is not a natural protein to E. coli, the approach requires a multi-week refolding process and results in small yields that are expensive to produce. Ultimately, Elevian leveraged a CHO cell line.

“We’re still optimizing growth conditions, but the process we’ve developed has resulted in a GMP-grade cell bank that we anticipate being able to take into GMP production once we iron out some aspects of the protein purification process to meet scalability needs,” says Dr. Allen. To tackle those wrinkles, Elevian used a portion of a Q3 2020 funding round to onboard Christopher Dale, Ph.D., as head of protein manufacturing and CMC. “We anticipate that in a matter of months, we’ll have a scalable process that’s ready to hand off to a contract manufacturer.”

Those early clinical trials will ply some uncharted waters at the FDA. GDF11 has yet to be tested in humans, so Elevian faces the full gamut of clinical scrutiny once its CMC package is ready for IND-enabling studies. With so many potential applications for the molecule showing promise in animals, Dr. Allen and company will have to choose the initial disease targets strategically to minimize the path to the clinic.  “Once we do our human safety study, we’ll be looking at multiple different diseases in parallel and gathering several viewpoints to determine our regulatory and commercial strategies,” he says. “We want to get the drug on the market as soon as possible with something meaningful and broad, and while we feel we have sufficient data in stroke to move forward with an IND, we may make the strategic decision to look at orphan diseases to carve a couple of years off our timeframe, knowing that the real value to humanity happens when we can reach as many people as we can.”

To sustain the company through the IND-to-phase-one-study journey, Dr. Allen says Elevian is in the process of raising another finance round. “We’ve never been stronger in terms of our own data package. We’ve already got some great independent and institutional investors on board that have set us in the right direction.”

Learn more about Elevian and its work with GDF11 at Elevian.com.