C&G Therapy Manufacturing Automation: Making The Most Of Today's Opportunities 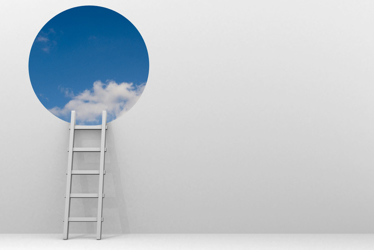 A few months ago, I attended a webinar hosted by my colleague Erin Harris, chief editor of Cell & Gene, on the role innovation can play in lowering the cost of goods for C&G therapies. In addition to unpacking the reasons behind the high cost of goods (COGs), the three experts on the panel — including Mark Gilbert of Acepodia, Thomas Lequertier of Celyad, and Luděk Sojka of SOTIO — highlighted a variety of ways the industry could address the high cost of making these therapies. Despite the fact each of these experts is focused on different types of cell therapies (allogenic and/or autologous) and therapeutic indications, their mindset was strikingly aligned around just how innovative a simplified C&G therapy manufacturing process would be.

Simplification, however, can mean quite a few things depending on who you talk to and the mechanics of each therapy. One of the solutions that is often put on a pedestal today for its potential to simplify the (especially autologous) manufacturing process is automation. Indeed, this was a topic touched upon within the webinar on COGs. But as the panelists talked, it became clear that this topic is a lot more complicated and nuanced than is often discussed. Automation is certainly a commonly expressed goal for many in the C&G manufacturing space. But for a variety of reasons, the industry is still quite far away from realizing true end-to-end automation. We’re also not yet at the point where companies will see larger scale automation efforts result in sweeping reductions in COGs — regardless of whether they’re using a universal platform approach or automating one or several operations using one device.

Throughout the webinar, I particularly enjoyed hearing from SOTIO’s CTO Luděk Sojka. I took the opportunity to follow up with Sojka to learn more about how C&G therapy companies can plan for and make the most of automation today. While the future for automation in the C&G manufacturing process will no doubt be bright, our conversation also emphasized just how important cultivating talent and carefully analyzing supply chain costs will be in the automation puzzle before us.

Mapping Progress In The State Of Automation Today

As this fabulous article published in Biotechnology Letters (September 2019) explores, thus far, the industry has been privy to (almost) two generations of automation technology. The first-generation technologies were primarily dedicated to reducing manual operation inconsistencies and human error — for example, robotic pipetting and liquid handling operations. These technologies either automated a specific step of the development process or combined several different steps within one device. Such efforts introduced greater reproducibility and consistency and increased processing volume capabilities in the cell culture process. However, many of these robotic approaches left much to be desired in terms of flexibility and cost (hello, maintenance). In most cases, they remain best suited to small scale development and/or require manufacturer-specific tools and consumables in order to be advantageous.

At the time this Biotechnology Letters article was published, we were only just embarking towards the second generation of automation. Seeing that a year-plus has passed, you can imagine there are probably even more efforts underway to accomplish what this next generation of technology promises. The second generation (or future) of automation technology aims to eliminate all manual/human interaction — including the need for a person to transfer materials from each unit of operation. We would consider this next generation the “platform approach.” I often think of these automated platforms/devices as “magic boxes:” the patient’s cells enter into the device on one end, magical things happen in the middle, and the treatment comes out patient-ready on the other side. Obviously, what I (the poet) actually mean by “magic” (science) is the sequential automation of each operational step in one closed, monitored, and quality-controlled system (i.e., cell isolation and activation, amplification, and harvesting). These next-gen platforms will likely also come equipped with a software component enabling the technology to adapt to different cell types and transduction processes.

However, as Sojka reaffirmed, second generation automation platform offerings are still not widely available, and the leading technology platforms that are currently available can cost two-to-three times as much as carrying out the process manually. Given that a large proportion of the industry is still in the early development stages — preclinical or early-phase clinical trials — many companies may be skittish about investing such large sums of money until there is more evidence of clinical efficacy.

When asked about the biggest challenge of implementing automation today, Sojka explained that it is both an engineering and technological challenge that still requires quite a bit of manual input. While one tech provider may tout a fantastic piece of equipment for cell selection or cell washing, for example, a C&G company typically will have to go to another tech provider for a solution that meets their unique cell culturing needs. Given that these technologies are proprietary to each tech provider, they are unlikely to communicate or connect with other automation technologies.

As Sojka explained, there are very few platform solutions available today that enable a fully closed process without requiring a large amount of customization. (And we all know that the term “customized” generally equates to “expensive.”) For example, companies are exploring a multitude of different cell types which have their own characteristics and process-dependent vulnerabilities. Similarly, some technologies historically have had less experience handling specific cultures (i.e., adherent or suspension), which can be tricky given the industry currently remains in transition between these two cultures. In turn, automation remains patchwork throughout the development process.

Sojka acknowledged that tech providers are beginning to offer a broader array of automation solutions for biotechs that are bringing us closer to the one-size-fits-all category. However, the inability to interact or learn about these technologies at conferences throughout the pandemic has made it more challenging for experts, like Sojka, to stay apprised of next-generation technologies.

Is The Lack Of End-To-End Automation Holding The C&G Industry Back?

You may think that the answer to the above question is a resounding yes. After all, the benefits of automation are many. As Sojka pointed out, such platforms could offer a reduction in sterility or contamination concerns. In the autologous space, in particular, companies are often challenged by the variable quality of the starting material (the patient’s cells). In light of this, automation can reduce concerns about process inconsistencies and overall manufacturing failures resulting in an undeliverable treatment. In the long-term, as well, automation platforms integrating AI/machine learning could help companies better understand and manage the inherent biological variabilities in cell culture and the impacts they have on process outcomes.

Another commonly cited benefit of automation is a reduction in operational costs. The cost of labor — and the amount of labor — needed to run a facility in this age of talent shortage is a significant factor in overall COGs. Closing a system would reduce the need for labor, as well as pricy cleanroom space.

While current automation technologies can introduce some much-needed efficiencies and process consistency, the fact still remains: the bulk of current technologies require human expertise to operate. This suggests to me that — though the lack of end-to-end automation may be a current inconvenience — it is actually giving the industry the opportunity to prioritize growth in several other critical areas, including infrastructure and talent.

I loved this quote from a recent article on BioProcess Online from Project Farma’s John Khoury: “We just don't have enough square footage right now to manufacture all of these drugs. It can sometimes take a year or two before a clinical batch is produced. So, we need more infrastructure, and that infrastructure can’t be developed by AI or machine learning. Someone has to go in there and pound that nail and put that brick and mortar down so we can create capacity, so we have PD labs and QC labs where scientists can do the work, and clean room suites where we can manufacture these great medicines.”

As my colleague Matt Pillar of BioProcess Online nicely summarized, “We can’t apply machine learning and automation principles… until we have the man-made physical capacity needed today.” (I’d also add to that list of needs the necessary talent to manage that capacity, as well.)

In fact, when I asked Sojka what best practices he’d recommend to other biotechs implementing automation, he turned immediately to the importance of having a loyal team of experts that are focused closely on the different steps of your manufacturing process. “Those experts should be able to analyze what technologies or devices are available on the market and make a case for why certain technologies should be prioritized and how they would add value to your automated process,” he offered.

For example, some technologies upon first examination may introduce certain efficiencies to your process. However, following greater scrutiny, they may also endanger some aspect of the product’s quality. (For example, SOTIO works with dendritic cells, which are more sensitive to cell culture conditions.)

It’s also critical to thoroughly analyze the costs of implementing each technology. This means not just focusing on the amount you will save by automating a certain process, but also how much of an impact this may have on your overall consumables spend. As Sojka ardently emphasized, you may note a decrease in labor costs, but you may also encounter an even bigger increase in your consumable spend depending on the technologies you’re implementing. Paying careful attention to consumable costs and diligently negotiating with your suppliers was a topic Sojka was quite passionate about throughout our conversation and during the Cell & Gene webinar. (In fact, this will be the source of a follow-up between us — so stay tuned!)

“Having a team of experts focusing on these automation technology considerations is an absolute must if you are serious about optimizing your process to build your product’s long-term commercial foundation,” he concluded.