Biotech Capital Markets: Why Discernment Is The Word Of The Day 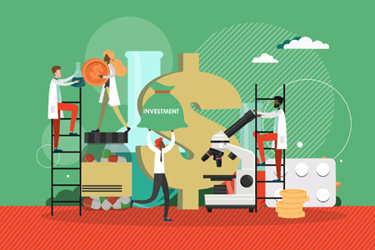 When I sat down with Allan Shaw to record a recent episode of the Business of Biotech podcast on the state of the capital markets in biotech, I painted a somewhat gloomy picture of the 2020/2021 IPO scene: new record IPOs in both years, but a precipitous year-over-year decline in stock appreciation (38% in 2020, 5% in 2021).

Ever the optimist, Shaw chose to shine light on the upshot. Here’s a quick take from our conversation.

Business of Biotech: At a high level, it appears as though there's lots of money going into emerging biotech, but not a lot coming out. Can you put your finger on the problem?

Shaw say there’s incongruence between the pace of biopharma businesses and the way markets measure their performance. The way you framed it is certainly one way of looking at it. When I first got involved with biotech, I often felt that the strategic outlook was very much a long-term project. You have time horizons, you have development projects that easily go 10 years, and the science sometimes has steps and missteps. You often go parallel and sometimes you go backwards before you go forward. You learn from these things. Alnylam is a classic example. Think about the number of decades before they were able to commercialize a product, and how RNAi went in and out of fashion, like platform shoes.

You're allocating capital with very long-term time periods that you’re trying to measure on 90-day intervals, and I’ve always felt that really doesn't really align well with how resources are allocated and how biotechs are measured.  I think, in the same perspective, that when you're looking at the IPO capital markets, you have to look at a longer period of time to get a better understanding of where we came from and where we're going. There’s a cycle here, and relative to the cycle, we're still in an incredibly happy place by all conventional metrics. When you objectively look at things, I think it's a tale of both good news and bad news. Near-term, it's probably more bad news than good news. But if you go back a little over a decade, there was a capital market IPO drought. There was effectively nothing done between 2008 and 2012. From 2013 on, we saw an unprecedented golden age for biopharmaceuticals.  Things appear to have slowed a bit, particularly in the latter half of 2021, but it's generally been good, and I think you have to ask yourself why it’s been generally good. The tide has been high, and I think it’s useful to have some historical insight into why the sea is now going out a bit.

Shaw points to a few factors contributing to the current dampening of the biotech capital markets. There are a few dynamics that highlight the situation we're in, We've been in a low interest rate environment, and low interest rates and biotech go together like peanut butter and chocolate. There's been a lot of clinical efficiency, so biotech is no longer a backwater asset class. You look at the money spent on biotech, you see the impact on society, how we've beaten back COVID and helped establish a relative norm that hopefully will continue to improve. There are plenty of reasons people want exposure to biotech, but the low interest environment has really helped attract the generalists. When you're in a low interest environment, you're looking for beta, you're looking for outsized types of returns because you won’t get that elsewhere. That encouraged the boom.

Obviously, with inflation coming home right now, I've often equipped that inflation is the Canary in the coal mine for the biotech markets. It’s something we should continue to pay attention to, because I think it’s a bit of a barometer.

Another factor that we talked about on an earlier episode is the FDA and how regulatory activity was moving in the right direction. Since that talk, momentum at the FDA stalled a bit, introducing a level of risk and unpredictability as the director’s seat remained open for nearly a year. It added to the burden that we carried as an industry.

There's also a human tendency to do as much as you can until you break the camel’s back, and I don't think this is any different. Going back to the drought we talked about, when money dried up and reduced the incentive for company creation, we’ve since seen the pendulum swing. We witnessed a demand imbalance for new companies, which gave rise to an unprecedented proliferation of company creation and a parade of IPOs. That’s led to a point where we've now created such a supply of companies, and pushed them all out into the market, that we've almost created irrelevancy. All of these companies are fundamentally dependent on the benevolence of the capital markets for their ongoing activities. There are something like 14 PDL1 checkpoints on the market right now, and I think that says it all. Why has all this money been expended on the development of these companies? Yes, it's a huge market opportunity, but what you're doing cannibalizing good science by commoditizing those products.

Shaw says we’ll see a level of “discernment” that we haven’t seen since the boom began. There's no such thing as a fully funded biotech company, particularly at the developmental stage. They need to keep coming back to the markets. If you think back to college, when you run out of beer, you have to pass around the hat. But there are a lot of mouths to feed here, and the pool of money is not as available as it was. The bar was much lower for company creation and financing, and I think we're moving into a much more discerning environment. I think we’ll see a level of Darwinism as a consequence.

Industrial jeopardies and binary risks are inherent to everybody who chooses to play in the biotech sandbox. Generally, it’s been accepted that 90% of all these experiments are going to fail. It’s just a consequence of the industry we love. You need high pain threshold to play. You know what you’re dealing with, but you also know that failure is the norm. So, some of the Darwinism I anticipate will be self-correcting. In this environment, we’re doing high wire act, the safety net has been removed, and I think it’s going to be a lot less forgiving down the road. Investors are the ultimate arbitrators. Ultimately, they're going to gate their investments. It will be much more of a “show me” story as opposed to a “tell me” story. When you look at the nature of many of the companies that went public, a lot of them were preclinical and very much stories. Now, I think investors are going to want to see what you've actually done.

For Shaw’s advice on how emerging biopharma leaders should navigate these shifts in capital access, tune in to episode 81 of the Business of Biotech podcast.