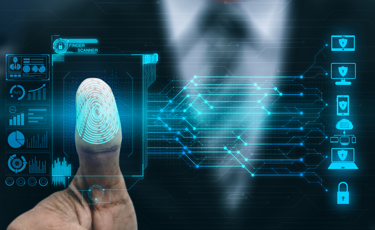 Imagine a bioengineered, tunable, injectable sensor that travels to diseased tissue to evaluate and report on disease state. Conjures some decidedly sci-fi images, doesn’t it? Truth is, there’s nothing fictitious about it. That’s a concise—and accurate—description of the diagnostic technology Glympse Bio is developing right now. It’s an effort that was buoyed by nearly $47 million in Series B funding over the summer to support its now phase-2 clinical program for Non-Alcoholic Steatohepatitis (NASH), as well as preclinical and discovery programs in fibrotic, oncology, and infectious diseases.

The applications for the technology Glympse have developed are many, but CEO Caroline Loew, Ph.D. tells me drug development is chief among them. “We’re reading out the fundamental biology of disease, in real time, and we think that’s an incredible tool for drug developers.”

A Career Of Preparation For Startup Biotech

To wrap your mind around the likelihood that Glympse’s tech might become an indispensable tool in your development labs, it might help to get to know Dr. Loew a bit. Her path to the CEO’s chair at Glympse, where she’s served since 2018, was deliberately traveled. She spent more than 8 years as SVP at PhRMA before spending another 8+ years in a variety of VP roles at Merck, where she oversaw customer value and health tech assessment and played a key role in the stabilization of Merck's late-lifecycle (peri/post-loss of exclusivity) portfolio after its merger with Schering-Plough. More recently, she was VP and head of R&D strategy and planning at Bristol-Myers Squibb. That particular collection of experience was not by chance. “I always wanted to build and run a smaller company, so I spent my career deliberately seeking the skills and experiences I thought necessary to do that,” says Dr. Loew. She found the opportunity she was looking for in Glympse, spun out of MIT and founded just three years before she joined.

“I was initially drawn to the company by the technology itself. I feel very passionately about its potential,” says Dr. Loew, who received her Ph.D. in organic chemistry. Then she met the team of scientists there, small as it was, led by founder and renowned bioengineer Sangeeta Bhatia, M.D., Ph.D. Dr. Bhatia’s hand in the business was more than enough assurance that the technology had legs, which was made all the more evident by the investment community.  Glympse landed it’s $22 million Series A just months before appointing Dr. Loew its leader.

Glympse’s bioengineered, tunable sensors are designed to localize to diseased tissue to measure the activity of proteases that are dysregulated in the disease. Before an hour ticks by, the sensors are excreted in urine, collected, analyzed with “a proprietary classifier unique to the disease state,” and reported as clinically actionable results. Importantly, there’s big data at play as well. The results from each patient are amassed into a data engine that enhances the precision of the classifiers to inform future discovery.

With this microscopic, injectable diagnostic tool that can detect and measure disease state and therapeutic response showing good progress in the clinic and a healthy investment footing, it’s been Dr. Loew’s charge to determine Glympse Bio’s market course. Would the tech become a hospital play that aids doctors in the diagnosis of disease? Would it focus on post-diagnosis drug response monitoring, in an effort to improve the ability to get the right drugs to the right patients at the right times? Or would it zero in on drug developers, where Glympse might help reduce the cost and time associated with signal-seeking trials by monitoring target engagement and response?

The correct answer is D.) all of the above, though Dr. Loew tells me she’s particularly bullish on the technology’s value to drug developers. “We're not measuring downstream products of disease, we’re reading out disease processes—the fundamental biology of disease—and we're doing that in real time, which is an incredible tool for drug developers,” she says. Within hours of administration, Glympse’s tech can indicate whether a drug has engaged its target—a celebration-worthy accomplishment for drug developers in itself. Once engagement is confirmed, preclinical data supports the company’s premise that it can reveal the degree to which patients are responding to treatment more quickly than current clinical biomarkers do.

That means the technology offers potential value anywhere along the discovery, development, clinical, or even post-commercial paths where a measurement of disease state informs next steps. Dr. Loew points to the move from animal to in-human studies as a likely and important time to leverage the tech to validate target acquisition.

The best opportunity for the company’s long-term value, she says, is with later-stage drug developers trying to reduce the length of their clinical programs. “Phase 2 is where drug developers face the precipitous cliff of failure. It’s where the probability of success is really proven. We think we can improve that failure rate by helping drug developers make better predictions about which assets can progress through phase 2, and importantly, helping them cycle through their ‘shots on goal’ faster,” says Dr. Loew.

I asked Glympse Bio CEO Caroline Loew whether or not she was intentional about hiring women into leadership roles at the company. Perhaps sensing my waning level of comfort with the question as it left my lips, she jokingly asked if I was suggesting that the Glympse web site only lists the women on its management team.

Kidding aside, there’s no mistaking this company is woman-led, from its roots in founder Dr. Bhatia to Chief Scientific Office Wendy Winkler, Ph.D., Chief Commercial Officer & Head of Strategy Tracey Dawson, Ph.D., VP of Finance Martha Denyer, MBA, and Dr. Loew herself. That diversity reaches beyond the C-suite, into the company’s research and scientific staff. By my estimation, more than 60 percent of the company’s roughly 30 employees are female. That extends to 80 percent in the C-suite.

While Dr. Loew tells me she’s conscious of diversity and inclusion in the context of Glympse HR, she doesn’t ascribe quotas or specific numeric goals to her hiring strategy. “I hire the best people I can,” she says plainly. “Having said that, we do observe a phenomenon whereby we attract a disproportionately diverse pool of candidates because I’m a female leader. We also tend to attract and recruit candidates who were not necessarily on the market, candidates who told us they took chances because we have a female leadership team.”

In other words, Glympse hasn’t had to work in earnest to build a diverse workforce, but Dr. Loew is thankful for those phenomena. “It’s a well-tested philosophy that diversity builds strong businesses, and we’ve built a very diverse team simply by hiring the best candidates we’ve come across for the roles required of the company.”