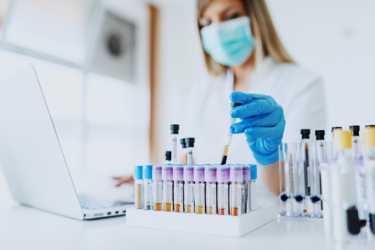 Harry Selker, M.D. sits down with BioProcess Online for a candid discussion on the Clinical Research Forum’s work, its recognition of advances in clinical and translational research, and why that’s such an important structural element in the bridge between academia and industry.

As distinguished careers go, that of Harry Selker, M.D. is one virtually any academia-minded med student might aspire to. Currently Dean of Tufts Clinical and Translational Science Institute (CTSI) and Chair of the Clinical Research Forum, Dr. Selker’s 35-year run at Tufts started when he came to Tufts Medical Center after completing his training. He earned his M.D. at Brown University, did his residency at Boston City Hospital and was Chief Medical Resident at Boston University Medical Center/University Hospital, and then was a Robert Wood Johnson Clinical Scholarship at UCLA School of Medicine. Soon after joining Tufts, his roles their blossomed into Division Chief of the Division of Clinical Care Research before also becoming Professor of Medicine at Tufts, Executive Director of the Tufts Medical Center Institute for Clinical Research and Health Policy Studies, and Dean of Tufts CTSI. 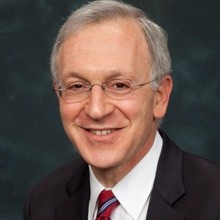 Fortifying the connection between clinical research and the impact of health policy on patient health is Dr. Selker’s passion, the fruit of a seed planted way back in his UCLA days. “At UCLA, we learned clinical research methods at a time when physicians were not really getting that kind of training—no one knew much about designing clinical research,” he says, at least not in a manner that would expedite a candidate’s impact on public health.  “For many years, the NIH was sort of a ‘National Institutes of Basic Science,’” he says. “They sought basic biomedical insights, but they weren’t so focused on the health impact of those insights. Effectively shifting the focus from academic research for the sake of research to outcomes-oriented clinical and translational research requires an acknowledgement that you might make it from the bench to the bedside, but that doesn't help the public yet. The return on investment for the public comes when they actually experience improved care, improved public health, and improved policy.”

A key element of achieving that return on investment, says Dr. Selker, is celebrating examples of it working in practice. That’s where his work with the Clinical Research Forum shines. “The Clinical Research Forum has a more than 20-year legacy as the organization for university health system presidents, medical school deans, and other heavy-hitters in academic medicine to push for improvement of clinical research by advancing the field, highlighting successes, and national advocacy in the Administration and Congress,” explains Dr. Selker.

Among its initiatives, some half-dozen years ago, initiated by the Clinical Research Forum Vice-chair Dr. Herbert Pardes of Columbia University and the New York Presbyterian Hospital, the Forum launched an annual “Top 10” awards program to bring attention to what it deems the year’s most important achievements in clinical research. Hundreds of universities are involved in the research nominated by their peers for the best published work that year, and the Clinical Research Forum Board members judge those nominations on the merits of both their scientific rigor and the potential of their impact on health. “We arduously rank them until we’ve whittled down to the Top 20, and then we really roll up our sleeves and cut them down to the “Top 10,” says Dr. Selker.

While nominees and winners span a host of life sciences disciplines from pharma to medical device and others, several of those in the winner’s circle this year represent important work being done on the biopharma front. Here’s a sampling of those biologics winners:

A full review of these projects, and other recipients of the Forum’s Top 10 Clinical Research Achievement Awards, can be viewed here.

A Once-In-A-Century Shared Honor For Pfizer and Moderna

Among the clinical research projects nominated from publications in 2020 was an outstanding and momentous contribution in clinical research. As the Clinical Research Forum was deep into reviewing nominees last December, Pfizer published the first data on its COVID-19 vaccine. Dr. Selker recalls an emotional state when he saw that first plot showing the outcome differences between individuals who got the vaccine versus those who got placebo. It was a stunning accomplishment that, as the year drew to a close, was matched by Moderna’s release of data demonstrating the efficacy of its own COVID-19 candidate.

“We found ourselves in a peculiar situation,” says Dr. Selker. “We had reviewed all of these fabulous projects, picked the winners, and then we saw these two studies that demonstrated incredible hope for a generational catastrophic problem that could only be solved one way—through clinical research. The whole world was at a standstill, unable to do anything until clinical research came up with a solution. And it did, in amazing fashion and in amazing time. These two vaccines are incredible stories, and they deserve special recognition.”

In an unprecedented departure from its annual approach to the awards, the Forum created and presented Pfizer and Moderna with an honor that Dr. Selker informally dubbed “the every hundred-year award,” so-named because he anticipates the recognition will be bestowed but once per century. The new award is now known formally as the Clinical Research Forum’s “Award for Extraordinary Impact on Health.”

The special recognition also marked a departure from some traditional guardrails established by the awards program early on. “Before this, we've never directly honored a biopharma company,” Dr. Selker explains. “The honor is almost always bestowed on the lead academic investigator for a study, with the nomination typically being proffered by the institution at which the investigator works.” By contrast, the new shared Award for Extraordinary Impact on Health was predicated by Moderna- and Pfizer-authored research published in the New England Journal of Medicine. “Regardless, these two organizations rose up and delivered something incredibly special for humanity,” says Dr. Selker. “So what if they’re companies?”

In accepting the recognition, representatives from Moderna, Pfizer, and the NIH presented at the Clinical Research Forum’s virtual awards ceremony, giving outstanding talks that documented the collaboration that took place under such immense pressure to accelerate the development and production of Coronavirus vaccines. Those acceptance presentations can be viewed here.

“We believe that translational clinical research is critically important to bringing cures for common and rare diseases, and having impact on health, and in this particular year, the clinical research enterprise rose up and hit something way out of the park,” says Dr. Selker.  “The Clinical Research Forum, and the entire world, celebrates that immense contribution of clinical research.”

Learn more about the Clinical Research Forum at www.clinicalresearchforum.org