Biden's Biologics Mandate And A Moonshot 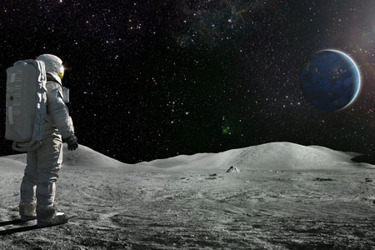 In September, President Biden signed an executive order to launch a National Biotechnology and Biomanufacturing Initiative (NBBI). If you get your news from the likes of CNN or Fox News, you probably missed this. But if you work in biopharma, you should give it a look. It’s kind of a big deal.

Executive orders are one of the more misunderstood tools in a president’s arsenal. Enforceable by law but not laws in-and-of themselves, executive orders give a president the authority to direct federal resources to do specific things under the auspices of existing laws—those that have already been subject to the rigors of the legislative process.

Of course, you wouldn’t necessarily find the executive order on NBBI newsworthy, nor find it particularly applicable to your day job, if you didn’t scratch beneath the surface of the official White House announcements and fact sheets released last week. Those docs do what you might expect them to – position the Biden administration as inciting something historic and world-changing. Light references to biopharma are sprinkled in amongst big visions for bioengineered change in the agriculture and energy sectors. Where the allocation of dollars is delineated—many of them previously announced initiatives—the lion’s share is earmarked for broad programs in bio-based materials manufacturing, energy, and agricultural programs such as:

Unsurprisingly, these initiatives align with and draw from the renewables-centric causes championed by the administration’s aggressive climate agenda. Among the far more infrequent references specific to biopharmaceutical research, development, and operations, we see:

To understand how the executive order and its comparatively scant biopharma-centric funding might affect you, the biologic therapeutics innovator, we need to dig a bit deeper into responses from the impacted Agencies. Those are unfolding, but the Department of Health and Human Services’ (HHS) response came quickly. It sheds some light on the impact the order might have at the FDA and within the Center for Drug Evaluation and Research (CDER), the Center for Biologics Evaluation and Research (CBER), the Center for Veterinary Medicine (CVA), The International Council for Harmonization of Technical Requirements for Pharmaceuticals for Human Use (ICH), and, ultimately, on biopharma development and manufacturing operations professionals like you.

Among the sort-of specifics within HHS’ response, there are implicit references to biopharma development and manufacturing. It includes the following, albeit without reference to the corresponding line items or dollar sums that will fund said initiatives.

While signs like an increase in clinical holds point to renewed stringency at the FDA, many of the emerging biotech leaders I’ve spoken with of late have been complementary of an increasingly accessible Agency. Creating even more opportunities for interaction and feedback should theoretically accelerate the pace of innovation. To that end, the HHS says it will offer additional pre-submission support for applicants looking to adopt advanced manufacturing technologies by enhancing CDER’s Emerging Technology Program and CBER’s Advanced Technologies Team to provide more opportunities for drug and biologics manufacturers to engage with FDA.

The department also looks to inject new energy into international regulatory harmonization efforts, specifically the development of the ICH Q13 guideline on continuous manufacturing of drug substances and drug products, the ICH Q5A guideline on viral safety evaluation of biotechnology products derived from cell lines of human or animal origin, and the ICH Q14 guideline on analytical procedure development. For more on regulatory harmonization, check out our recent Bioprocess Online Live! event on the topic here.

Some of the “initiatives” referenced in the NBBI aren’t so much new as they are reminders on existing, relevant programs. I guess that’s pretty common in politics, but if you’re interested in holding politician’s feet to the fire to the benefit of your biotech business, find out how you can benefit from HHS’ restated commitments to:

Finally, HHS says it will support the launch of a Biosafety and Biosecurity Innovation Initiative in collaboration with the NIH. That initiative, undoubtedly influenced by the origins of the COVID-19 pandemic, aims to reduce risk associated with advances in biotechnology, biomanufacturing, and the bioeconomy. HHS says it will prioritize investments in applied biosafety and biosecurity innovation and use federal investments to incentivize and enhance biosafety and biosecurity practices throughout the United States and its partners abroad from biological incidents, whether naturally occurring, accidental, or deliberate in origin. HHS will build the U.S. innovation base for cutting-edge countermeasures, diagnostics, and biosurveillance information technologies, and advance the biomedical industries' biodefense capabilities consistent with the Bioeconomy Executive Order.

Stay tuned for further details—specifically what funding and support is available to whom, when, and how to apply for it.

A Cancer Moonshot By Any Other Name…

In other presidential news impacting biopharma, President Biden refueled his “Cancer Moonshot” initiative—one of the rallying cries of his campaign—in an address last week.

Now, in presidential politics, optics are important. Take, for example, the flack taken by the President last Tuesday for touting his Inflation Reduction Act on national television while the ticker below him told an opposing tale of higher-than-expected August inflation and a plummeting stock market response in real time.

You might put his administration’s recent re-ignition of the Cancer Moonshot, strategically dropped on the 60th anniversary of President Kennedy’s commitment to sending a man to the moon and back, in the same camp. Unfortunately, the President delivered those remarks within hours of Jeff Bezos’ latest Blue Origin rocket launch failing in spectacular fashion. Split screen be damned!

While the spectacle of comparing the moon landing to the aggressive goal of halving cancer deaths over the next 25 years isn’t lost on me (and likely inspires big-thinking astrobiologists), I’m not a fan of the moniker. We spend too much time, treasure, and humanity on the exploration of the starry depths and not nearly enough on oncology research and development. But that’s the upshot of the President’s moonshot. It applies real public/private partnership expertise and explicitly directs federal funding to cancer detection and research.

Of those interrelated actions, numbers one and four spell the most opportunity for emerging biopharma innovators.

On the first action, the National Cancer Center (NCI) has launched a large national trial aimed at identifying effective blood tests for the detection of cancer(s) in a less-invasive way than the standard. Funded by the by 21st Century Cures Act Cancer Moonshot, the project includes a four-year pilot study of 24,000 45- to 70-year-olds to lay the groundwork for a large randomized controlled trial seeking to enroll 225,000 people. The NCI has opened grant opportunities and promises to open more before the end of the year.

On the fourth, the White House Office of Science and Technology Policy (OSTP) aims to make federally funded (i.e., taxpayer-supported) research immediately available, and at no cost, by the end of 2025. That’s opening up more than 200,000 federally funded studies to private enterprises and innovators to leverage in their own research and development, and it bodes well in our collective quest to access and optimize data for the benefit of computational biology, artificial intelligence, and machine learning initiatives in biologics discovery, development, and personalization.

Also pertaining to the Cancer Cabinet’s fourth priority, the National Institute of Standards and Technology, the Department of Commerce-sponsored Manufacturing USA institute, and The National Institute for Innovation in Manufacturing Biopharmaceuticals (NIIMBL) recently allocated federal funding to projects aimed at cell therapy manufacturing efficiency and consistency, and NIST and the Medical Device Innovation Consortium signed a cooperative R&D agreement to develop and manufacture DNA reference samples engineered to contain mutations commonly tested for diagnosing and targeting drugs for cancer. These projects seek to speed progress in the development of advancing precision medicine by simplifying the process for validating diagnostics, and to enable technology, bioinformatics, and artificial intelligence developers to refine their methods.

Speaking of the aforementioned interrelationship of these goals, the Department of Defense (DoD) has created a research program to understand military toxic exposure, a project particularly important to Cancer Cabinet goals 1 through 4. The DoD Murtha Cancer program, dubbed PROMETHEUS (PROject for Military Exposures and Toxin History Evaluation in U.S.) is a clearinghouse of military toxin and service member health data that could serve as a model for environmentally related cancers in the general population. It combines data, expertise, and tools from the DoD Serum Repository (which houses blood samples from every service member) the Individual Longitudinal Exposure Record (which tracks toxin exposures), the DOD Tumor Registry (which tracks cancer diagnoses in active duty servicemembers), DoD Framingham (which analyzes blood proteins in active duty service members with cancer), the Joint Pathology Center (which is the DoD’s pathology center of excellence), and APOLLO (which was created in response to the Cancer Moonshot in 2016 now with a network of 13 hospitals designated to carry out military-specific research that was, as you may have guessed by its moniker, launched in response to the Cancer Moonshot initiative). The obvious goal is understanding the impact of service-related toxic exposure on the development of cancer in members of the military, and it looks like all the puzzle pieces required to do that are now in the same box.

More recently, the President announced his intent to appoint DARPA, IARPA, and Gingko Bioworks alumnus Dr. Renee Wegrzyn to directorship of the new Advanced Research Projects Agency for Health (ARPA-H). It was also announced that the Cancer Moonshot Scholars Program is accepting applications for early-career grant opportunities for cancer researchers. NCI expects to support cohorts of dozens of Cancer Moonshot Scholars in initial rounds, beginning next year, with project periods of up to five years.

As a course of my career, I spend a significant amount of time talking with biopharma innovators from all political stripes, walks of life, and corners of the globe. A common refrain among the majority of them is the importance of public/private collaboration—in the form of regulatory interaction, data sharing, access to expertise, and funding. I’ve talked with vaccine manufacturers borne of Army science, antibody developers steeped in ex-DoD and DARPA experience, and countless biologics developers funded by federal agencies from the NIH to the Air Force. They all work collaboratively with the FDA. Public/private partnerships and collaboration are incredibly important to progress in the business of biotech.

In recent weeks, the Biden administration has been feverishly focused on moving the president’s life sciences-related agenda forward. It’s been doubling down on the public side of the public/private paradigm. That makes it a fine time for biopharma innovators to be paying attention to where their own agendas fit into the puzzle and putting themselves squarely in the mix.