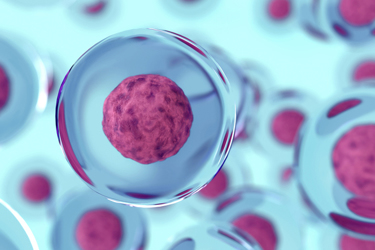 Urgent medical needs like COVID-19 therapeutics are fueling new interest in cell-based therapies, despite a years-long, uphill social battle. Here’s how one company’s persistent, global pursuit of safely harvested biologics is positioning it to address the greatest medical need of our time.

The long-term effects of COVID-19 infection can’t be comprehensively predicted. We don’t even understand why symptoms last only hours or days in some infected people, if they appear at all, yet linger for weeks and months for those dubbed “COVID long haulers.”  Developing innovative biologics to treat COVID long haulers is the current mission of Miami-based Organicell Regenerative Medicine, though the company’s challenging therapy development journey began long before the idea curried much favor.

Organicell Chief Science Officer Mari Mitrani, M.D., Ph.D. tells me the company she co-founded in 2008 has roots that can be traced to Ecuador, not by choice, but by necessity. It was a place she and her colleagues found more hospitable to the company’s autologous cell therapy research in the mid-2000s, when the concept of harvesting stem cells was met with scrutiny by a conservative and ethics-concerned administration in the U.S. government. “In 2007, stem cell research in the U.S. was effectively a non-starter, regardless of how they were harvested,” she says. The association of autologous stem cells with embryonic stem cells collected from aborted fetuses, conflated an association as it was, effectively banned the entire field’s research efforts. “There was an ethical cloud hung over the industry. Meanwhile, commercial stem cell research and development in places like China forged ahead, putting their research more than a decade ahead of the U.S.,” she laments. Now, she says the U.S. is playing catch-up on the back of the limited academic stem cell research that continued to take place here, while the rest of the world moved ahead.

“The stigma remains a challenge, and as such, part of our industry’s mission must be to educate the public,” says Dr. Mitrani. “We only returned to the U.S. to launch our company when the rules governing research and development around autologous stem cells were relaxed,” she says. Still, the misconceptions remained. While autologous adult stem cells show promise—and have gained social acceptance—for regenerative cell therapeutics, Organicell is one of a few companies that continues to expand upon these concepts and pursue the power of allogenic perinatal tissue in parallel with the autologous candidates it’s developing. To continue that work in a manner that keeps the ethics police at bay, Dr. Mitrani and company are harvesting components of perinatal tissue—those derived from human tissue that’s otherwise considered medical waste after successful live birth, such as the umbilical cord, cord blood, amniotic membrane and fluid, and chorionic fluid. “We don’t deny the potency of autologous stem cells, but we’ve also learned that an autologous approach has limitations in older patients and those with comorbidities. Those patients offer less-than-ideal environments for regeneration from autologous cells, and often they require multiple treatments to realize any positive results.”

Exploitation Of The Exosome

Meanwhile, Dr. Mitrani says the scientific community has come to discover that stem cells—whether autologous or allogeneic—aren’t the only piece of the regenerative therapy puzzle. In particular, it was discovered that stem cell mediated regeneration is primarily induced via the secretion of cell derived factors called exosomes, or extracellular vesicles that carry proteins, messenger RNA and micro-RNA. “We began studying exosomes five years ago,” she says. “We have worked to identify a natural source of exosomes that could deliver microRNA capable of regulating certain genes involved in various inflammatory and degenerative diseases. We realized that this discovery had the potential to be fully developed into an acellular biologic therapeutic that would harness the same regenerative effects associated with stem cell therapies.” However, the key to clinical success, she says, is the ability to mass produce a product that demonstrates the levels of consistency required of cGMP and that fully demonstrates scientific proof of concept through clinical trials.

Well-Positioned For The Pandemic

Initially, Organicell began researching the potential of its exosome-based candidate Zofin to treat BPD (bronchopulmonary dysplasia), a chronic lung disease that primarily affects premature newborns. That work had been in process in partnership with the University of Miami for more than 18 months when the pandemic happened. As the damage COVID-19 causes to lung tissue became clear, Organicell made a pivot with Zofin, which it describes as a nanoparticle-based therapeutic derived from perinatal sources and manufactured to retain naturally occurring exosomes and microRNAs. “We earned an FDA approval in early May 2020 to conduct a trial, which is currently in phase I / II. In September, we were approved for expanded access for COVID-19 infected patients with mild cases. We’re now enrolling patients for these active trials,” says Dr. Mitrani.

After receiving phase I / II approval, Organicell also filed for, and was granted, emergency compassionate use. That program has now treated 18 patients, from those displaying moderate symptoms to ICU patients with multiple organ failure and so-called long haulers with Post-COVID Syndrome. “We’re seeing good safety and efficacy data trends among all those patients,” says Dr. Mitrani.

Producing stem cell-derived therapeutics that meet FDA quality standards creates just about as demanding a production process as one can imagine. Consistency and purity require incredibly stringent controls from start to finish, and it’s a long and variable process to take cells from donor to patient.  In addition to following applicable donor and collection protocols, Organicell conducts molecular analysis of its final product. “Every lot that has been manufactured for our clinical trials has that same consistency in the number of proteins and extracellular vesicles,” says Dr. Mitrani. “Production is handled and controlled entirely in-house, from beginning to end, in our manufacturing facility.” She adds that her company is positioned to ramp up to commercial-scale production quickly, in part given the ready availability of raw materials. “There are much more formidable scalability challenges with other approached to stem cell therapeutic development. Access to post-partum perinatal tissue is key to overcoming challenges of scale.” Most of the industry, she says, is dependent on the reproduction of cultured stem cells for exosome collection, which she admits is fascinating, albeit very difficult to mass produce.

“Cell culturing isn’t required to create our product,” she says. “We collect these naturally occurring exosomes at birth, in the operating room and under FDA requirements, with no harm done to mom or baby,” she says.

Dr. Mitrani also posits that Organicell’s approach holds the potential to measurably reduce the cost of cell therapies. “$10,000 to $25,000 per treatment is quite expensive for the masses,” she says. “We think the acellular approach will be more cost-effective, and therefore get more therapy to more people. That’s central to our goal. After you’ve seen a patient’s quality of life change so dramatically, getting it to the masses becomes paramount to the mission.”

Learn more about Organicell Regenerative Medicine and its COVID-19 work at organicell.com