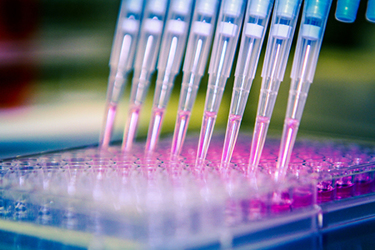 Microbial cultures used in cloning, plasmid DNA preparation, and protein expression applications require specific and essential growth components. Microbial media have been available for many years, with the first Luria-Bertani (LB) broth formulation developed in the early 1950s [1]. With the development of new treatment modalities, such as conjugated monoclonal antibodies (mAbs) or mRNA and DNA vaccines, there is renewed interest in bioproduction platforms using Escherichia coli (E. coli), an established model for microbial recombinant bioproduction technology.

Traditional microbial media for E. coli often contain animal-origin components and are complex, consisting of yeast extracts and peptones to provide nutrients for growth and production. Overall, the biopharmaceutical industry has been driving toward achieving and supporting greater consistency in plasmid production for scale-up by developing animal origin–free (AOF) and chemically defined (CD) media. Additionally, it is desirable for manufacturers to have the flexibility to use autoclaving, steam-in-place (SIP), or membrane filtration procedures during media preparation.