Are Immunotherapeutic Vaccines The Next Biologic Revolution? 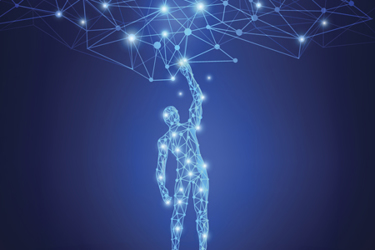 Drive an hour-and-a-half outside of Missoula, Montana, in pretty much any direction, and you’ll find yourself in the middle of somewhere spectacularly beautiful and remote. If it’s summertime, you also have a 1- in 360-degree chance of bumping into a teepee occupied by Mei Mei Hu, J.D., Lou Reese, and their children. A remote teepee in a little-known mountain range in Montana might seem an unlikely place to find the husband-and-wife CEO (Hu) and Co-Founder and Executive Chairman of the Board (Reese) camped out for weeks on end. But rest assured, they’re not taking the summer off. They’re living and working and running mid-clinical-stage biopharmaceutical company that’s got big designs to play a lead role in the third biologic revolution.

Hu took my zoom call to record episode 109 of the Business of Biotech from the inside of what appeared to be a large, well-lacquered plywood box, spacious enough for a bookshelf and some office equipment and decorated spartanly. That box is the mountain office she and Reese share, and its WiFi signal is strong. It has to be.

Vaxxinity HQ is in Dallas, TX. Hu and Reese don’t spend their summers in Montana to get away from the office and the big city. In fact, they often bring the office to the mountain, hosting retreats and work sessions there that are replete with teepee accommodations and, for the slightly less-adventurous, Airstream Trailers. All of it—the summers in the mountains, the remote, no-cell-service retreats that, as Hu puts it, “forces bonding,” the minimalist, yet functional office accommodations—is by design. Vaxxinity, small as it may be on the greater pharma landscape, is carving out positions as innovator, disruptor, and leader in what Hu refers to as the third biologic revolution. Central to manifesting that position is the company’s cultural development, which isn’t a biproduct of its vision so much as a key to realizing said vision. Vaxxinity is attempting big things, redesigning the vaccine paradigm in an attempt to right a collection of societal and scientific wrongs. These things don’t happen in workaday settings.

Hu’s approach to building a therapeutic company doesn’t start with addressing a particular indication or developing a specific modality. At Vaxxinity, the goal is to advance what Hu calls the “third biologic revolution.” Naturally, we asked her about the first two.

“It’s hard to challenge the idea that vaccines were a revolution. There are now more than 20 vaccine-preventable diseases. More than 80% of the world is vaccinated. I would posit that the success of vaccines has contributed to the doubling of our life expectancy over the last century. Vaccines have had a profound impact on human society,” she says,

On the heels of vaccines’ success preventing infectious disease, she says, chronic disease has become enemy number one, killing more people annually than famine, war, bacteria, and other “external foes” combined. That's where the second biologic revolution—monoclonals—comes in. Hu calls them the magic drug. “If you can get them, they’re great. They represent seven of the top 10 selling drugs [with the recent exception of COVID vaccines and therapeutics]. It was a real miracle to figure out the complicated process of producing them in bioreactors. The challenge is that they’re difficult to make, difficult to take, and extremely expensive.”

While the average patient/payer cost of biologics is estimated to be somewhere between $10,000 and $30,000 annually, new biologics average closer to the $100k mark, with some stretching beyond $500,000. As a result, less than 2% of the U.S. and less than 1% of the worldwide patient populations have access to them.

That scenario, says Hu, puts us in need of a third biologic revolution, and from Vaxxinity’s perspective, the approach to that third revolution lies in a combination of the first two. “It’s a matter of combining the efficiency of vaccines—which are convenient, affordable, and portable—with the prevention of chronic disease and health maintenance,” she says.

Hu says the goal at Vaxxinity is to develop therapeutic vaccines that not only work, but that can be distributed globally and inexpensively to “pretty much anywhere you can get a cold diet coke.” The company leads with neurodegenerative diseases—the lead in its therapeutic vaccine effort is a Phase 2 candidate, one of two programs in Alzheimer’s—with Parkinson’s, Dementia, and Multiple Systems Atrophy following on it its heels. Vaxxinity is also working on products for Migraine and Hypercholesterolemia.

The attempt to democratize access to these vaccines starts with design. Hu says they’re inherently small doses, they’re durable, and they only require normal cold chain storage, those factors addressing the “difficult to take” challenge with traditional biologics.  The “difficult to make” challenge, she says, is addressed in traditional vaccine fashion. “We’re not passively infusing grams of expensively produced therapy. The vaccine approach turns the patient’s body into its own little bioreactor.”

“The immune system doesn’t like to create antibodies against self proteins,” explains Hu. “The problem is that as we get older, and as we've used medicine to extend lifespans into the eighties, nineties, and longer, certain biologic processes break down. It becomes the things that our bodies build themselves that end up killing us. Hence, chronic diseases,” she explains. The challenge with the immunotherapeutic vaccine approach is getting the body to overcome immune tolerance and produce antibody drugs against a disease that the body itself produced. Hu says Vaxxinity has demonstrated that it’s possible. Its technology uses synthetic peptides to mimic and combine biological epitopes to selectively activate the immune system and overcome “immune tolerance,” the body’s tendency to avoid attacking molecules within itself, even when they’re harmful. In other words, it makes the self-proteins that look harmless to the immune system—but which are in fact causing chronic disease—look like enough trouble to elicit an immune response.

The sheep-in-wolf’s-clothing approach to triggering an immune response to harmful self-proteins might seem a bit off-the-wall, but Hu says off-the-wall is embraced at Vaxxinity. “This isn’t just a job, it’s a greater purpose. It’s a life’s passion. As such, selecting the right people and building the tribe is incredibly important,” she says.

So important, in fact, that Hu wrote a culture book that’s considered required reading for new additions to the 100-ish employee Vaxxinity. “The culture book is an expression of who we are, but we’re also clear that we don’t expect everyone to be the same. Our team is very diverse, but we're all coalescing around the mission.

Off-grid teepee camping trips in Montana aren’t the only way to build a strong and unique culture, but it’s certainly working for Vaxxinity. “We are different, and we're not afraid to be different. In fact, you have to embrace the differences, embrace your eccentricities, and enjoy them.”

Learn more about Mei Mei Hu, J.D., Vaxxinity, its science, and their eccentricities on episode 109 of the Business of Biotech.