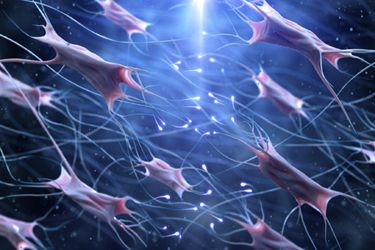 There are only two cell types in the human body that can regenerate tissue in organs: stem cells and fibroblasts. The latter are the primary cells in connective tissue. And while it's understood that they collectively comprise the extra cellular matrix responsible for maintaining the structural integrity of human tissue, they are perhaps an undervalued asset in the space of regenerative medicine

That’s the premise that Chairman, CEO, & Founder Pete O'Heeron and Chief Scientific Officer Hamid Khoja, Ph.D. are working on at FibroBiologics Regenerative Medicine. The company’s lead candidate, CybroCell, is entering phase 2 studies in degenerative disc disease, but its follow-up candidates are stretching the technology’s promise in indications beyond tissue repair and regeneration, including Multiple Sclerosis, cancer immunology, and cancer therapeutics.

O’Heeron and Dr. Khoja shed light on the promise of the readily-available fibroblast on episode 102 of the Business of Biotech podcast. This brief recap covers what they are, and their advantages over more common cell types used in cell therapy research.

Business of Biotech: What’s a fibroblast, and what is FibroBiologics doing with them?

Dr. Khoja: Fibroblasts are one of the most predominant cells in the human body. They’re responsible for the formation of connective tissue, the extracellular matrix. They're everywhere, in every organ, and they exhibit multiple levels of interaction with other cell types, organs, and systems in the human body. Fibroblasts are one of the two types of cells that can differentiate into different cell types, such as chondroitin, osteoblasts, epithelial cells, and so on. They also have a very prominent immune modulation capability. They secrete cytokines and interact very closely with the immune system.

One of the reasons we like fibroblasts is that they’re so much easier and more inexpensive to source, culture, and grow than stem cells. They outnumber stem cells on the order of 15,000 to one. hey can become anything you need them to become, including stem cells. They have the potential to be a better source to address some of the chronic diseases that we're studying.

Dr. Khoja: Stem cells have been the focus of research since embryonic stem cells were first patented [in 1998, with more than 1000 patents following since]. But in many of the clinical trials that have been done using stem cells, we’ve found they're not easy to work with. Some of these therapy companies using stem cells are seeing some clinical feasibility for a specific application or clinical outcome in a lab setting, but it’s very difficult, if not impossible, to do that consistently in a large setting with sizable patient populations. That's where I think fibroblasts are superior.

Dr. Khoja: In degenerative disc disease, we're analyzing the data to see how efficacious it has been. In preclinical multiple sclerosis studies, we compared our approach to bone marrow and adipose-derived mesenchymal stem cells. We found them to be significantly superior than those type of cells in the immune modulation that is necessary to treat autoimmune diseases. We’ve also filed some patents and are starting preclinical studies on using fibroblasts for wound healing. Fibroblasts play an important role in every step of wound healing, from initial inflammation to tissue remodeling. There are hundreds of different subtypes of fibroblasts, and it’s our goal in the next year-and-a-half to identify more subtypes for specific clinical applications.

O’Heeron: With respect to the mechanism, which is critically important to us, that will reveal itself over time. In degenerative disc, for example, it’s a hypoxic condition with intermittent hydrostatic pressure. So the force the vertebrae apply on that disc forces these fibroblasts to turn into chondrocytes. That's just one recipe. You’ll see differences in each of the clinical uses that we've chosen to pursue. Some mechanisms will be more difficult to understand than others. This team's role is to really understand why it works and how it works mechanistically, and how to explain that to the market. It’s not enough to see that it could stop the progression of multiple sclerosis. We need to understand why.

The source material FibroBiologics is procuring for cell culture represents a unique twist on the reduce, reuse, recycle mantra. It’s harvested from excess surgical procedures. It would have otherwise been discarded as medical waste. The company claims its end product is far hardier than stem cells, and more viable when introduced to the human body. It’s a fascinating approach, and you can learn much, much more about it on episode 102 of the Business of Biotech.