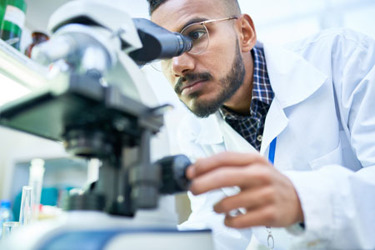 In the pharmaceutical industry, there has been an increasing trend to develop and release biologics such as mAbs as therapeutic agents for pathologies including cancer and autoimmune diseases.

In recent years, biopharmaceutical manufacturing processes have demonstrated major improvements in the quality and recovery of mAbs, which to an extent has been associated with culturing the expressing cell lines at high cell densities. This has generated a great challenge in clarification and further downstream processing, highlighted in the need to remove a large amount of biomass and increased levels of contaminating cell debris generated during cell culture and harvesting.(1)

Attempts are being made to reduce costs by continuous optimization of the individual steps such as increasing the yield of antibodies per volume of culture. Traditionally, centrifugation and a combination of filtration techniques such as cross-flow or tangential-flow filtration (TFF), and depth filtration (DF), have been widely accepted as techniques required for clarifying complex suspension cell cultures. Recent advances in single-use bioreactors have gained widespread acceptance in cell culture applications because they speed the production of biomolecules. Harvest and clarification operations remain largely dependent on centrifugation, TFF, and DF; all techniques that have yet to be widely adapted to single-use implementation.

Flocculation combined with depth filtration(4) has been slow to gain acceptance in the manufacturing of mAbs, where mammalian cell culture processes such as Chinese hamster ovary (CHO) cell cultures, are typically utilized. Many flocculants are systematically evaluated with respect to their mechanism of action, impact on downstream processing and product quality, and potential disadvantages. The purpose of diatomaceous earth (DE) for the clarification of mAb samples dedicated for analytical purposes, is to aid the separation of complete cells and coarse debris; while suspended particles are removed by microfiltration at the same time. The DE method (flocculation) reduces the processing time by more than half with the wetted-DE staying porous, preventing blockage over the complete filtration.(2)

Centrifugation can be applied to cultures with high levels of solids. However, product recovery can be low due to high levels of solid particulates leading to large pellet volumes. Additionally, cell disruption from shear forces generated during centrifugation can further decrease the efficiency of harvest and clarification and potentially cause product damage and /or entrapment.

Depth filters are advantageous because they remove contaminants in single-use format, reducing the need for cleaning. However, depth filters are currently unable to handle high-solids cultures and therefore often are used in series with centrifugation. While TFF can handle high solids loading, this technique can exhibit poor yield due to a combination of excessive product dilution and cell lysis caused by shear forces during processing of dense feed streams.

The conventional method for mammalian cell line development usually involves a series of shake flasks for screening the cell lines prior to scale-up. The scale-up process often takes a significant amount of time because of the need to balance the complex interactions involved in the development of mammalian cell culture parameters. At present, there are a number of commercial small scale systems available with controllable microbioreactors that help speed up the development process by mimicking lab-scale bioreactors and allow several cell cultivations in parallel under different conditions.(3)