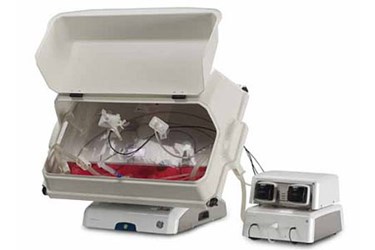 As process intensification is adopted into large scale manufacturing, the responsibility on scale-down models to accurately represent the expanded operating space quickly follows. Perfusion continues to be one such operating mode which lends itself to adding benefit at the manufacturing scale while adding complexity to the small-scale approach.

The purpose of the described study was to develop a reliable small-scale model of our perfusion process in the ReadyToProcess WAVE 25 Rocker bioreactor and WAVE Cellbag 50 L. The aim was to use this small-scale model to screen for process parameters that could increase yield in a perfusion process. Based on literature evidence that temperature downshifts may be favorable for protein productivity by different CHO cells, the process parameters temperature and viable cell density were further investigated in this study. The primary aim of the tube-spin setup was to investigate the effect of a temperature shift from 37°C to 31°C and of identifying the effect of the exact timing of introducing this shift on cell culture productivity.