A Personal Case For Drug Repurposing 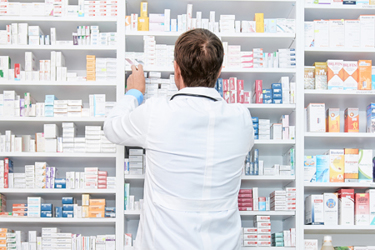 For biotechs, the JP Morgan Healthcare Conference is about dealmaking in many forms—securing financing, establishing development partnerships, courting mergers and acquisitions—by wooing would-be partners and investors with a value proposition. Everyone’s in schmooze-and-pitch mode, and everyone’s seeking to capitalize on the momentum the show generates in the news cycle. As the days wore on at this year’s show, the fruits of pre-event dealmaking began to reveal themselves around that news cycle, most of them in partnership form; Voyager+Neurocrine, AbbVie+Anima Biotech, Trexbio+Lilly, Astellas+Selecta, STALICLA+Novartis, etcetera. The transactional deals announced have so far been conservative—a few in the $200 million to $400 million range, several under $100 million, and at least one billion-dollar acquisition (AstraZeneca for CinCor). With emerging biotech valuations falling in the wake of largely lackluster data and tough market conditions, the less-than-princely sum of the deals (relative to years prior) is no surprise. If there is a surprise in the wake of this year’s event, it’s not the value of the deals so much as it is their low volume. It’s a buyer’s market, but again, there’s that readout issue.

Scores have been written, and will continue to be written, about transactional dealmaking in and around the event. But I saw a shining example of where the biopharma industry could benefit from a different kind of collaboration and partnership—the kind that doesn’t take much money and could yield more immediate patient benefit—shortly after touching down in San Francisco for the 41st Annual JP Morgan Healthcare Conference. I dropped in on a conversation between Michael Fajgenbaum, M.D. and Michelle Werner, CEO at Flagship Pioneering company Alltrna.

Werner is a biopharma veteran who worked her way through a who’s-who of biotech giants including Takeda, BMS, AstraZeneca, and Novartis before joining the ranks of big-pharma execs turned emerging biopharma CEOs. She signed on at Flagship’s Alltrna in April 2022. She’s a driven and direct leader, but to kick off JP Morgan, we saw a more vulnerable side of Werner when she shared about her very personal experience receiving her son’s Duchenne Muscular Dystrophy diagnosis.

Dr. Fajgenbaum is Associate Professor of Medicine at Penn, Co-Founder & Executive of the Castleman Disease Collaborative Network, Co-Founder of Every Cure, and bestselling author of the book Chasing My Cure: A Doctor’s Race To Turn Hope Into Action. That book is a memoir written by a very young man with Castleman’s Disease, a disorder that nearly claimed his life five times before he found a treatment that’s given him long-lasting remission.

For much of the conversation, Werner and Fajgenbaum spoke about their experiences battling rare disease from the heart: Werner as a mom, rather than a scientist and biotech exec, and Fajgenbaum as a patient, rather than a doctor. But they also acknowledged, and dove into, a problem that thwarted their missions and stymies millions more: the great furcation of drug data in the pharmaceutical industry, a business-as-usual reality that’s a great disservice to patients and caregivers alike.

Fajgenbaum’s condition had relapsed five times in three years. He knew survival of another relapse was unlikely. He determined that his only hope would be to find an existing drug that could be repurposed to treat his disease. “I knew it was possible, because many diseases share the same underlying mechanisms and are therefore treated with the same drug. And I knew it was my only chance, because I didn't have a decade and a billion dollars to find a new drug from scratch,” he says. He arduously tested his own samples in the lab, for weeks on end, until he found his antidote, an inhibitor of the PI3K/Akt/mTOR pathway called Sirolimus that’s long been approved to prevent organ rejection after kidney transplantation. “The drug had been around for decades but had never been used before for Castleman’s. I began testing it on myself as the first patient ever with my disease,” says Fajgenbaum. It was a huge risk, but that clinical trial of one yielded incredible results. He noted that, remarkably, January 5th marked nine years that he’s been in remission on Sirolimus.

For Werner’s part, her son was 10 when he was diagnosed with DMD. “The floor just dropped out from underneath us,” she recalls. “We fell into what I call the black hole of despair, grieving for a future that we had envisioned for him and for all of our kids and realizing that future may not be possible,” she says. That was the mom reaction. Then the CEO in Werner kicked in, and the despair gave way to action. “We started to think about what we can do, and how to turn that despair into action that would make a difference, not just for our own son, but for other kids as well,” she says.

While there is no cure, DMD is a disease that several biopharmas are researching, and one that’s spawned dozens of patient advocacy groups associated with those discovery companies. None of them are moving fast enough for Werner, who knows well how long these things take. “I've been in drug development for 20 plus years, and the sheer devastation that comes from actually understanding that there’s not a single clinical trial or investigational agent that my son was eligible for was heartbreaking,” she says.

To turn that devastation into action, similar to Fajgenbaum, Werner is forging a path toward her son’s own clinical trial—even if he’s an “N” of one—rather than waiting for a fitting trial to transpire. It’s a clinical trial designed specifically for her son, using a gene editing approach that’s tailored toward his mutation. “When my son was diagnosed, seeing how little was being done in rare genetic disease was surprising to me. It made me feel like I had a responsibility to channel my knowledge of the industry, of how to bring medicines forward, and of how to make a business and create value out of these opportunities. I felt like I really needed to channel that toward genetic diseases, because there is such an unmet need there.” That responsibility is driving her to explore and nurture “coopetition” among biopharmas working in the rare disease space, with the goal of breaking down proprietary data siloes in a way that preserves business objectives while hastening the collective pace of progress. It’s a monumental task.

There are troves of data on DMD, Castleman’s, and conditions closely associated with them, and orders of magnitude more data on common and treatable diseases, particularly those for which therapies have been developed and approved. But because pharmaceutical companies often work in competitive vacuums, that data is mostly stove piped. It’s proprietary. It’s incredibly difficult, if not impossible, to access by independent researchers, much less those driven by the desperation of first-hand experience with deadly rare diseases. Those DMD patient advocacy groups referenced earlier? None of them are talking to one another. Neither are the holders of data on approved drugs, which makes it very difficult to determine which of them might apply to off-label indications. Janet Woodcock herself summed it up well when she said, “There is a missing link in the system that isn’t filled by the NIH, FDA, or pharma … No one is responsible for making sure that drugs are fully utilized across all diseases.” Fajgenbaum points out that some 3,000 drugs have been approved to treat some 3,000 diseases. But there are about 9,000 diseases with no approved therapy.

The mantle Werner now carries shares some commonalities with Fajgenbaum’s mission at Every Cure, an organization he’s spearheading to unlock the full potential of every drug to treat as many diseases as possible. He cites three primary barriers to drug repurposing efficiency:

Working with partners across the healthcare landscape, the organization is building a comprehensive open-source database of drug repurposing opportunities. Since its launch in September 2002, Every Cure has received more than $4 million worth of donated data sets and half a million dollars in seed funding. That’s play money compared to the dollars tossed about in and around the JP Morgan Healthcare Conference, but its ROI is greater, and likely more immediate, than any deal JPM has played a role in brokering. In its first three months of operation, that data and funding has helped Every Cure unlock 497 potential drug repurposing opportunities. No one is naïve to the patent and policy measures required to make that repurposing a reality, but these discoveries mark an incredible head start for patients with particular indications.

Every Cure’s three-year goal is to raise an additional $9.4 million in funding to enable its development of a purpose-built AI engine to aid in the discovery of more drug repurposing opportunities. The organization boasts an impressive list of supporters including public agencies (FDA & NIH), industry heavyweights (J&J, GSK, AstraZeneca), leading academic institutions (Penn, UNM), and industry/research/philanthropic organizations (Broad Institute, Milken Institute, Clinton Global Initiative). On the AI and tech side, it’s got the muscle of Amazon Web Services.

“Our approach uses existing publicly available data that already links drugs and diseases, proprietary data that we now have access to, and expert insights from pharmaceutical companies and organizations like Flagship Pioneering,” says Fajgenbaum. He says every $1 million to $5 million in additional funds raised will be applied to the initiation of clinical trials of the most promising matches in its database.

Fajgenbaum was at JP Morgan doing what everyone else was—delivering a story with a value proposition in hopes of drumming up support to help make the vision for Every Cure a reality. From a position few patients share, he was able to find a cure after dozens of doctors told him they’d tried everything, that there was nothing more to be done for him. Most don’t have the resources, connections, and intellect to do what Fajgenbaum did. But more than 3,000 therapies have gone through the approval gauntlet for specific indications, and thousands of them could very well benefit patients suffering any of the 9,000 conditions with unmet therapeutic need. Those approved therapies sit locked on policy shelves waiting to contribute to a larger health impact. What can you do to help? Learn more at everycure.org.