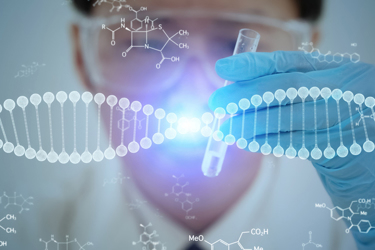 Sio Gene Therapies CEO Pavan Cheruvu explains the company’s rationale for migrating away from a hybrid in-house/CDMO manufacturing model to a fully insourced one.

Among gene therapy companies working in the rare disease space, there are plenty of examples of fully independent, in-house development and clinical supply manufacturing initiatives. That’s for good and obvious reason – the work is complex, the batches small and often personalized, the manufacturing footprint and capital investment relatively small. But led by CEO Pavan Cheruvu, M.D., Sio Gene Therapies is flipping that paradigm on its ear as it looks to a future beyond its current clinical efforts in GM1 gangliosidosis, which affects 1 in 200,000 newborns, and Tay-Sachs / Sandhoff disease, which affects about 1 in 320,000. As the company turns its eye to addressing Parkinson’s Disease, which affects millions in the U.S. alone, it’s also making moves to pull clinical supply and, eventually, commercial manufacturing back in-house. The Business of Biotech podcast caught up with Dr. Cheruvu to discuss that rationale.

Sio Gene Therapies currently employs in-house teams working on aspects of analytical development and process development. “As our processes are developed in-house, we want the capability to transfer those processes to external CDMOs who can then produce and manufacture the product in their own bioreactors in GMP suites,” says Dr. Cheruvu. “This hybrid relationship is sufficient for meeting the needs of our ongoing clinical trials today.”

A Seemingly Odd Time To Insource

Cheruvu says a core pillar of his forward-looking strategy is to create a pathway to in-house manufacturing, giving the company the ability to produce and manufacture at scale. That’s particularly interesting given the next indication on the company’s docket is suffered by as many as 7-10 million patients worldwide. It’s decidedly not that rare disease requiring limited runs of patient-specific therapies. “To be successful, we need to be able to produce this at scale. We recognized early on that it's not enough to have a manufacturing process that results in a few dozen doses per batch,” he says. “We really need the ability to scale up to the thousands or even hundreds of thousands of doses by the time we reach commercial scale.”

As it looks to develop gene therapies to address a much larger patient population, why would Sio Gene Therapies seek to pull back from outsourced manufacturing capacity and bring production within its own four walls?

“We recognize that in the process of development, it's a good idea to have a commercial process—or something close to a commercial process—being used as part of your Phase 2 development,” says Dr. Cheruvu. “As such, we've taken on a significant effort both internally and in cooperation with our partner Oxford BioMedica to develop a new process for lentiviral vector manufacturing that can achieve the kind of scale we’ll require,” he says. “That new process is allowing us to chart our evolution from a hybrid model, where we’re quite reliant on external CDMOs for manufacturing production, to a model that, over time, will give us more control over quality, cost, and production timelines.”

Is insourcing a trend we’ll see more of in cell and gene therapy development and manufacturing? Dr. Cheruvu says the field is mixed, but history offers a reference point. “I think there’s a good analogy here in monoclonal antibodies, and their evolution of yields and efficiency over time,” he says. “Looking back to the eighties and marching forward every decade beyond, antibodies have become progressively less expensive to produce, and at the same time produced more reliably. There’s less batch-to-batch variability. I think you'll see a similar trend in the gene and cell therapy space.”

Meeting The Need For Therapeutic Speed

Dr. Cheruvu suggests that emerging cell and gene therapy companies weighing their insourcing versus outsourcing options should make those determinations based in large part on how early-stage their products are. “If you have discovery stage products, and you're not anticipating reaching commercial scale in the next six or seven years, the field might be able to evolve in that period of time to a point where you can actually be fully reliant on CDMOs,” he says. “In our case, if we're successful, we’ll potentially have products approved by the FDA much sooner than that. So, we really need to prepare ourselves to rapidly advance these programs through the latter stages of clinical development and be fully prepared to commercialize them. That's where in-house manufacturing can take on greater importance.”

Learn more about Sio Gene Therapies and Dr. Cheruvu’s strategies on episode 46 of the Business of Biotech podcast.