The Challenge Of Immune Rejection For Allogeneic Cell Therapies 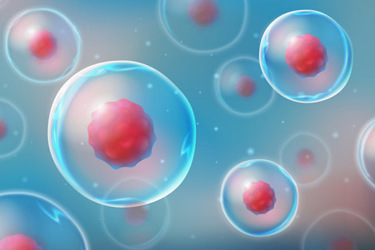 Autologous, genetically engineered T cells expressing chimeric antigen receptors (CAR-T) have dramatically reshaped treatment of multiple hematologic malignancies. Despite their benefit, these individualized therapies are encumbered by the complexity of cell procurement from patients, expensive and challenging manufacturing and production, and varying degrees of lymphocyte dysfunction when patient cells are used.

Much has been learned about allograft rejection. The discovery of the major histocompatibility complex (MHC) and its role in T cell recognition emerged from early transplantation studies. MHC genes (Human Leukocyte Antigens or HLA) have the highest degree of polymorphism of all mammalian genes, providing early insight into graft rejection between non-genetically identical individuals.

Understanding “self/non-self-discrimination” was instrumental in moving immunology from a phenomenological to a molecularly-defined mechanistic science. The consequences of immune rejection of solid organ allografts or blood products from allo-sensitized recipients are well-known to clinicians, but the consequences of graft rejection following allogeneic blood and marrow transplant, or rapid elimination of CAR-T cells expressing murine CAR sequences, are less appreciated. Early rejection of the infused cells meaningfully diminishes the anti-tumor efficacy of such therapies, and once a rejection response has occurred, repeat infusion of the same allogeneic cell source can rarely overcome the now amplified rejection response (akin to “vaccination against the therapeutic product”).

Several effector responses mediate graft rejection and need to be addressed to avoid rejection of allogeneic cell therapies1. Differences between HLA class I and II genes of the recipient and graft lead to recognition and activation of host CD8+ and CD4+ T cells, respectively, which can directly kill graft cells. Allo-specific antibodies are also formed by host B cells against foreign cells. While these predominantly recognize foreign HLA molecules on graft cells, they can also target other polymorphic cell surface molecules. Such antibodies bind the graft cells and can lead to their rejection through complement fixation, antibody dependent cellular cytotoxicity (ADCC), and antibody dependent cellular phagocytosis (ADCP) involving NK cells, neutrophils, monocytes, and macrophages. In addition, host NK cells can also target graft cells directly through a failure to detect self-HLA class I molecules which otherwise blunt their activation. Finally, recipient T cells and B cells are capable of immunologic memory such that a secondary exposure to the same allograft upon re-treatment, leads to their rapid expansion and accelerated clearance of the reinfused cells.

Matching HLA Alleles – Matching donor and recipient HLA haplotypes were a logical first strategy for mitigating graft rejection, given the importance of HLA in T cell recognition of allogeneic cells as targets for allo-antibodies and regulators of NK cell activation. The early experience with BMT established that the choice of sibling donors fully matched to the patient at HLA class I and II loci significantly reduced graft rejection (“host-versus-graft”) and graft-versus-host-disease (GVHD), where T cells from the graft attack recipient cells. Risk of these adverse events increases with a greater number of mismatched HLA alleles, though even fully HLA-matched donor recipient pairs have meaningful risk of graft rejection and GVHD. This is due to minor antigens, which are peptides derived from polymorphic proteins that present on cells’ HLA molecules. While HLA matching can reduce the risk of graft rejection, it is logistically challenging due to the high degree of HLA polymorphism in the general population.

Pharmacologic Immune Suppression – Currently, the most clinically impactful mitigation strategy for graft rejection is global suppression of the host immune response. For solid organ allografting and BMT, approaches using calcineurin inhibitors, mTOR inhibitors, de novo purine synthesis inhibitors, and glucocorticoids have led to long-lived graft acceptance in many patients. However, these require prolonged administration and meaningful suppression of immune effector function, including the transplanted lymphocytes, which is incompatible with the goal of therapies such as CAR-T and CAR-NK cells.

A highly impactful alternative form of immune suppression is lymphodepletion (LD) pre-conditioning prior to infusion of cells2. Drugs such as cyclophosphamide (Cy) and fludarabine (Flu) achieve deep depletion of host lymphocytes that mediate graft rejection. The use of such conditioning also augments the expansion and persistence of infused cells, in part due to removal of host lymphocytes that would otherwise compete for homeostatic cytokines such as IL7 and IL15. In the case of allogeneic cell therapies, even deeper levels of immunosuppression with increased doses of Cy/Flu or the addition of antibodies against antigens on host lymphocytes, such as CD52, have been shown to promote better engraftment and expansion, presumably due to the more potent rejection response against allogeneic cells that must be overcome.

There are many drawbacks to LD pre-conditioning, since these drugs need to be given and cleared before cell therapy infusion to avoid killing infused cells, making host immune suppression transient. Phenotypic recovery of host NK cells and T cells following LD can be seen as early as 10 days post infusion, and in many patients, functional immunologic recovery is significant within the first month of treatment. For autologous CAR-T, where allo-rejection is not an issue, the typical treatment paradigm is a single cell infusion post LD. This strategy is therefore dependent on persistence of the infused cells from a single treatment cycle and is reflected in the rough correlation reported between the duration and magnitude of cell persistence and duration of clinical response.

For allogeneic cells, the host immune recovery post LD represents a closing window on the persistence of the therapeutic product. Off-the-shelf allogeneic products are available to be re-dosed, providing an alternative to extend therapeutic drug exposure. However, if repeat LD is required prior to each redosing, the cumulative toxicities limit the number of cycles that can be safely given. Repeat LD would also potentially eliminate any remaining cells from the first treatment cycle.

Finally, a major drawback of using LD to mitigate allo-rejection is that it precludes the development of next-generation cell therapy products engineered to recruit endogenous immunity into the anti-cancer response, since the very cells needed for this broader anti-cancer response are killed by the LD. Particularly in the case of solid tumors, where tumor antigen heterogeneity is a barrier to single or even dual antigen targeting, strategies that engage the endogenous immune repertoire to facilitate epitope spreading are highly desirable and are incompatible with potent immune suppressive LD conditioning.

Alloevasion Gene Editing – Taking a completely different approach not dependent on systemic immunosuppression, Century Therapeutics is leveraging targeted strategies to diminish the allo-reactivity of product candidates. iPSCs have a high replication potential and can be engineered with multiple gene edits to improve functionality and persistence of iPSC-derived cell therapies. We have knocked out endogenous genes (b2M and CIITA) required for the expression of HLA I and II molecules  rendering the edited cells unrecognizable by host CD8+ and CD4+ T cells and expressed transgenes (non-polymorphic HLA-E and HLA-G alleles) that block rejection of edited cells that lack self-HLA-I by the patient’s NK cells. A fourth rejection pathway, macrophage mediated phagocytosis, is being addressed by other groups through the transgenic over expression of so-called “don’t eat me” signals such as CD47. Over-expression of CD47 has also been reported to render the cells less susceptible to NK mediated killing and to impair the clearance of antibody opsonized cells by ADCP3. Additional molecules that inhibit phagocytosis have been identified and are being evaluated in a similar fashion. Inhibition of complement mediated lysis of opsonized allogeneic cells is also being studied through the over-expression of naturally occurring membrane proteins that terminate complement activation at the cell surface.

While there are a number of innovative strategies to engineer cells to avoid host rejection and to enhance functionality, efficient and precise multiplex editing of donor-derived NK and T cells, which have limited replicative capacity, is challenging. Such challenges include the number of gene edits that can be created, the risk of structural genomic abnormalities that can occur with multiplex gene editing, uniformity of the edits so that all are present in every cell within a bulk population, and the resulting batch to batch variability that such limitations impose. In contrast, iPSC-derived cell therapies can be engineered with multiple edits before the generation of the Master cell bank. The gene edits are performed serially at the iPSC stage and once they are completed, the cells undergo single cell cloning. Single cell clones are then expanded and fully characterized genetically and functionally to select the final development candidate. This clone is used to make a highly uniform Master cell bank, which becomes the source material for differentiating the cell therapy drug product.

How Will We Know if Allo-Evasion Works in the Clinic?

One of the challenges of assessing strategies to evade allo-rejection is the development of translational assays to determine if a given edit has a clinical impact. Whereas detection of allo-antibodies, and to a lesser extent, measurement of allo-reactive host T cells has a precedent in transplantation, ascribing significance to a weak signal such as a low titer antibody is uncertain, as is proving a negative when nothing is detected. Furthermore, assays detecting rejection mediated by innate immunity are far more problematic. Ultimately, the gold standard for a lack of rejection is persistence of the cells as measured in vivo. With autologous CAR-T, blood pharmacokinetic (PK) profiles have been used as a surrogate for drug exposure, but even here, it is challenging to determine which parameters contribute the most to cell persistence. Mechanisms other than host rejection, such as insufficient cytokine availability or poor expansion due to low levels of tumor antigen can complicate the interpretation of PK curves. One of the better opportunities to evaluate allo-evasion is to compare the PK curves of a first versus a subsequent dose in the same patient, where priming of allo-immunity would be expected to blunt the abundance of cells measured after the second infusion. But a clear interpretation of such data will be confounded if the second dose is also preceded by LD. Finally, it must be acknowledged that blood PK is a poor surrogate for total body cell persistence. Indeed, the recent data with CAR-NK cells suggest these cells leave the circulation quickly making blood PK curves challenging to interpret. For these reasons, Century Therapeutics is incorporating PET reporter genes in future product candidates to enable serial non-invasive imaging of cell trafficking, providing a better window into total body PK, biodistribution, tumor colocalization, and duration of persistence. We believe this tool will be invaluable in assessing the strategies outlined above and giving physicians greater precision regarding redosing to extend drug exposure.

A Vision for the Future

The field of cell therapy is at an exciting inflection point, with the convergence of increasingly precise gene editing tools and the growing understanding of immunology giving birth to creative synthetic biology solutions to problems such as allo-evasion. We are laying the foundation for the creation of highly uniform allogeneic cell products that can co-exist and productively interact with host immune cells that, when recruited into the anti-cancer response, will broaden and amplify the therapeutic impact of cell-based treatments for cancer.