Will China Ever See Its Own Blockbuster Drug? 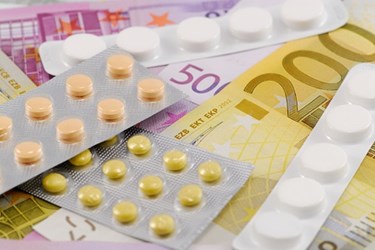 It’s no secret that China is trying to become an attractive destination for companies looking to hold clinical trials and develop and manufacture drugs overseas. A recent Forbes article describes just some of the efforts the country has taken, including the creation of innovation hubs like The Biolake Innovation Park. This particular hub in Wuhan features a local China Food & Drug Administration office, a lake, walking paths, and gazebos, all built to help foster research and contemplation. On the horizon, several 10+ story buildings feature logos for Pfizer and Sinopharm — even though, oddly enough, these companies have very few employees in those buildings, or have yet to even finalize the deals that would bring them into the buildings.

I can’t say to what extent this flashy façade has worked (or will work) to draw companies into the country, but China made headlines last month when the Chinese biopharma company Innovent Biologics struck a partnership with Merck. It would seem some of the country’s players are succeeding at luring Big Pharma into the country — in this case, for the development of at least three cancer drugs.

However, I’m also curious about what we can and should expect from the country in terms of innovation — especially when it comes to developing its own high profile drug that could one day boast a label evolved from the traditional “made in China” to perhaps “An Innovation of China.”

The country has certainly grown its reputation as a powerhouse for process innovations, churning out vaccines (and Apple products) faster and cheaper than elsewhere. In November, new data from Boston Consulting Group and Confederation of Indian Industry (CII) revealed that generics goliath India is highly dependent on Chinese APIs — information that, naturally, sent India into a panic about the effects this dependence could have on the Indian economy and supply chain. One consultant told Livemint that China is becoming a more competitive producer of APIs and complex intermediates. Similarly, the country is home to some of the “best outsourcing service providers on the globe,” according to a recent article published in our sister publication, Life Science Leader.

But at the same time, it’s hard to overlook some of the news about extreme drug lag as regulatory issues slow down the emergence of new and innovative treatments into the Chinese market. According to a recent Reuters article, there were more than 18,500 drugs awaiting regulatory approval in 2014. Last year, the country’s drug trial center saw an increase in drug applications, reaching a high of 8,868 — roughly 1,200 more than the center received in 2013. It should be no surprise given these numbers that companies seeking regulatory approval in China are expected to wait upwards of six to eight years to see movement on their applications. (Yikes.)

There could also be some quality concerns to keep in mind. According to The Wall Street Journal blog, analysis of Chinese social media data revealed that pharmaceutical products topped the shopping lists of Chinese tourists visiting Japan for the Lunar New Year holiday, illuminating underlying concerns Chinese citizens have about the quality of local drugs. Despite The Chinese government has plans to lift price controls on pharmaceuticals — a move which could lead some drug makers to upgrade ingredients and bolster drug quality — but there is still no concrete timetable for lifting these price controls.

While quality and a lack of regulatory harmonization are capable of crippling (and already are influencing) innovation in the country, Forbes takes an optimistic approach that, despite some flaws in its economic development model, China could be capable of creating the pharmaceutical industry it has been aspiring to. After all, we are talking about a country that had the gumption to invest in and label buildings for inhabitants, such as Sinopharm, that have yet to finalize their presence in the country. (I particularly like Forbes’ use of the words “madness” and exuberance” to describe the government’s “audacious” investments in developing a domestic life sciences industry.) The argument can be made then, that, if the government is willing to make such excessive and “inefficient” investments to create what looks like an established life sciences industry, we shouldn’t underestimate the country’s ability to accomplish whatever it sets its sights on.

However, building a domestic life sciences industry is also going to require establishing a pipeline of new drugs that prove China is capable of moving beyond the pharma manufacturing space. The country will need to be able to tackle the R&D necessary to be able to bring a drug it can truly call its own to market—which, as OZY emphasizes, has yet to happen.

There has been some movement towards national innovation. In 2011, the government launched its 12th Five Year Plan in an attempt to bolster the nation’s biotech industry. R&D funding increased, and there have been some efforts to strengthen intellectual property. However, there is still a long ways to go to move China from its process mindset (manufacturing and production) to what OZY calls “the brains” of pharmaceutical development. It will all come down to a willingness to face the high risk of failure associated with R&D, as opposed to playing it safer with the more lucrative process-based aspect of drug manufacturing.

I doubt we’ll see a Chinese blockbuster anytime soon — and there will certainly need to be improvements made to the regulatory structure before we do. As one healthcare entrepreneur tells Forbes, remaining cautious about the country’s life sciences prospects is key. The country has two of the three things it needs to foster innovation — people and money. However, a “regulatory framework that encourages and protects innovation” is also a necessity, and recent stats that suggest many drugs are left sitting on the market sidelines for years speak volumes.

While the innovation hubs springing up in the country are, arguably, a misguided investment that could be better spent on bigger picture issues, I am still encouraged by their appearance. Providing the spaces to encourage contemplation and to foster the “brains” of drug development is certainly a step away from “process” — regardless of how small.