Weighing The Potential Of Humira Biosimilars In The U.S. — Competitive Dynamics Analysis 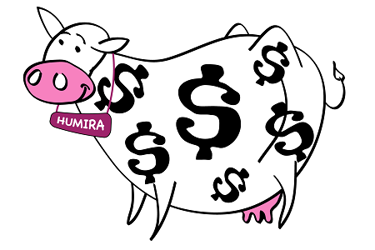 Biologic drugs have transformed the standard of care for patients with autoimmune diseases. However, the significant expense involved in developing and manufacturing these complex drugs has fueled an explosion in the costs of treating these patients. Although stakeholders had hoped that the introduction of biosimilars would help address ballooning healthcare costs through competitive pricing, it has not yet had the intended effect in the U.S. In particular, the uptake of biosimilars to J&J’s Remicade (infliximab) remains recalcitrantly sluggish. With this precedent set, the big question is whether biosimilars to AbbVie’s blockbuster TNF-inhibitor, Humira (adalimumab), will exhibit similar trends when launched in 2023 in the U.S.

Since its launch in 2002, AbbVie has been carefully constructing a dense network of patents to protect Humira from biosimilar competition. In September 2016, Amgen’s Amjevita became the first adalimumab biosimilar to obtain approval from the FDA.1 Although Humira’s major molecule patent had expired that year in the U.S., AbbVie quickly sued Amgen for allegedly violating numerous other patents on the drug.2 Litigation continued for a year after Amjevita’s approval, finally ending when Amgen entered into a settlement with AbbVie.3 In the agreement, both companies would dismiss all pending litigation and Amgen would be granted the right to launch its biosimilar in Europe beginning on Oct. 16, 2018 and in the U.S. starting Jan. 31, 2023; AbbVie would also be entitled to unspecified royalties on sales of Amjevita.3 In 2018 and 2019, AbbVie entered into similar commercialization agreements with multiple other adalimumab biosimilar developers. Although the European launch date was similar for all competitors, the agreed-upon U.S. launch dates differ by company. For the most part, the companies that settled sooner secured better launch dates, the only exception being Boehringer Ingelheim (BI), which, despite refusing to settle with AbbVie until May 2019, was given a July 2023 launch date for its biosimilar, Cyltezo. Fresenius Kabi and Coherus Biosciences have commercialization agreements with AbbVie but still have not submitted the Biologics License Applications (BLAs) for their products.

Looking at the sizeable list of FDA-approved adalimumab biosimilars, the first major difference from infliximab biosimilars becomes readily apparent — the sheer number of competitors. Since the launch of Pfizer/Celltrion’s infliximab biosimilar, Inflectra, in November 2016, only two other infliximab biosimilars have entered the market, Merck and Samsung Bioepis’ Renflexis, launched in July 2017, and Amgen’s Avsola, approved late in 2019 (launch date unknown).16–18 Payers interviewed by GlobalData stressed that the limited number of biosimilar products available for infliximab stymied pricing competition amongst biosimilars and that contracting agreements with J&J were thus very easy to renegotiate to match or beat the biosimilar price. For Humira, biosimilar competition may be sparse in the first few months of 2023, but it will soon reach a critical mass, with eight agents potentially launching by the end of the year. Six of these are already approved, while two still await market authorization. In October 2018, the surge of adalimumab biosimilar products entering the European market resulted in more aggressive discounting than AbbVie initially anticipated, precipitating a steep 30 percent drop-off in Humira sales over the coming year.19

There are other important potential differences between the adalimumab and infliximab biosimilar markets. For example, the two agents use different administration methods, which require different pricing structures. Looking at their branded counterparts, Remicade is priced much lower than subcutaneous TNF-inhibitors, such as Humira, in order to compensate for its infusion costs. Because of the need to price the drug lower, there may be slimmer margins in which to discount the price of infliximab and still maintain profitability. Finally, another factor that may set adalimumab biosimilars apart is the massive size of the Humira market compared to that for Remicade. The sheer volume of patients taking Humira may make it easier for biosimilar developers to price their therapies competitively and still make a profit.

Although Adalimumab Biosimilars Have Potential, Humira Will Prove A Tough Competitor

In AbbVie’s Q4 2019 earnings call, CEO Rick Gonzalez told analysts that after a year of adalimumab biosimilar competition in Europe, he believed the company’s strategy to maintain as much share of Humira as possible and maintain profitability had been very effective. This can be easily seen in the way the company met aggressive biosimilar discounts and in at least one market, Norway, won the national tender, stalling the launch of any biosimilars. He stated that Humira had maintained about 55 percent of patient share in countries that had biosimilar launches and two-thirds of patient share when averaged across all geographical markets. Conservatively, Gonzalez anticipated fierce biosimilar competition in the U.S. with erosion curves following similar trends as those seen internationally. However, he did raise the possibility that AbbVie would be able to maintain a higher proportion of sales in the U.S. than in international markets. GlobalData believes this assessment is likely true as the U.S. has less favorable biosimilar regulations and a worse history with biosimilar uptake overall. Additionally, there is a small chance that agents slated to launch later in 2023 could back out if AbbVie puts up a fearsome-enough defense, convincing companies that it is not worth their while to compete. There are several examples of biosimilars that gained regulatory approval in the U.S. and Europe, but the companies chose not to market them, such as Pfizer’s infliximab biosimilar, Ixifi, in the U.S. and BI’s adalimumab biosimilar, Cyltezo, in Europe20,21.

Beyond patent litigation, AbbVie has been utilizing other life cycle extension strategies to set its products apart and prepare for Humira’s loss of exclusivity. First, following its approval in 2015, the company has pushed for a shift of patients to a new Humira formulation boasting significantly less injection site pain.22 The formulation is citrate-free, lower-volume, and uses a smaller gauge needle (29G). Two small AbbVie-sponsored Phase 2 trials (N=62; N=60) demonstrated a clinically relevant and statistically significant decrease in immediate pain following injection for the new 40 mg/0.4 mL formulation versus the original 40 mg/0.8 mL formulation.23 Although a number of biosimilar competitors offer products with citrate-free formulations and smaller gauge needles, none of the products are available in lower volumes. Further research is needed to determine the importance of these formulation changes on patient quality of life and treatment adherence.

Additionally, Humira is available in a wide range of doses for different types of patients. For example, it is available at 10 mg and 20 mg doses for certain groups of pediatric patients and at 80 mg for specific indications requiring loading doses, such as Crohn’s disease and ulcerative colitis (UC). Based on current FDA labeling, only a few biosimilar products are available at 10 mg and 20 mg doses, and none are available at the higher 80 mg dose. This means that an adult patient with UC who is initiating adalimumab treatment at 160 mg for a loading dose will have to receive four injections of 40 mg doses of a biosimilar versus two injections of 80 mg branded Humira. Although these specialty doses likely account for only a small proportion of prescriptions overall, they may provide Humira with an edge.

Additionally, Humira may benefit from several newer indications with lingering orphan drug exclusivity. In particular, Humira will retain market exclusivity for uveitis, pediatric uveitis, and adolescent hidradenitis suppurativa (HS) after adalimumab biosimilars are first launched. While orphan drug exclusivity for adult uveitis will only extend to midway through 2023, protections on pediatric uveitis and adolescent HS will extend to Q1/Q2 2026.30,31 There are two other approved indications for Humira that are currently absent from FDA labels for adalimumab biosimilar products: adult HS and pediatric Crohn’s disease. However, as the orphan drug exclusivities on these indications will end in 2022, they will likely be added to biosimilar labeling before launching in 2023.24,26

Based on the factors described above, GlobalData expects that the competitive dynamics between Humira and adalimumab biosimilars will be unique when compared to other biosimilars in the autoimmune disease space. In Part 2, we explore how different adalimumab biosimilars stack up against one other and Humira, highlighting which agents are likely to be most successful.

Rose Joachim, Ph.D., is a senior healthcare and pharmaceutical analyst at GlobalData. As an analyst, she has authored numerous reports and articles analyzing market dynamics within the autoimmune, allergic, and hematological disease spaces. In 2017, Joachim earned her Ph.D. in biological sciences in public health at Harvard University. Her dissertation research explored the effects of age on immune system function during sepsis. When she wasn’t at the bench, she spent her time teaching and developing new science curricula as part of the Science Education and Academic Leadership certificate program at Harvard. Prior to her graduate studies, Joachim earned her B.S. in biology with a minor in chemistry from The College of New Jersey.