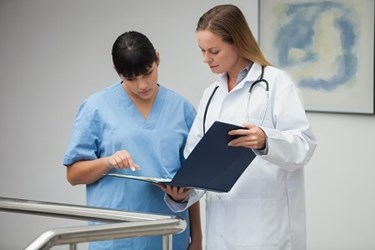 The Scripps Research Institute (TSRI) reported that results from the Phase 2 study of RPC1063, a drug discovered at the Institute, show RPC1063’s potential in the treatment of ulcerative colitis (UC).

RPC1063 is a sphingosine 1-phosphate 1 receptor (S1P1R) small molecule modulator drug candidate being investigated for immune indications. These include relapsing multiple sclerosis (RMS) and inflammatory bowel disease (IBD), under which ulcerative colitis is categorized along with Crohn’s disease. RPC1063 was derived from a screening “hit” conducted at the National Institutes of Health molecular library at Scripps Florida's Molecular Screening Center, after which it was licensed to Receptos for further development. Receptos reported positive results from a Phase 2 trial of the drug in relapsing multiple sclerosis earlier this year.

The double blind, randomized, placebo-controlled TOUCHSTONE trial investigated the safety, tolerability, and efficacy of RPC1063 in patients with UC. The drug met the trial’s primary endpoint, which was proportion of patients in clinical remission at week 8 compared to placebo. Secondary endpoints were also met, including clinical response, change from baseline, and mucosal improvement on endoscopy. The company said it will present detailed results of the trial at an upcoming major scientific meeting.

“We are delighted that RPC1063 is showing promise for ulcerative colitis patients in addition to its already significant efficacy and safety data in multiple sclerosis. Research carried out at TSRI since 2002 has led to the discovery of fundamental mechanisms that can be modulated for potential treatments of a variety of autoimmune diseases including ulcerative colitis and multiple sclerosis, and the unique multidisciplinary environment in chemistry and biology at TSRI allowed this progression to clinical trials,” said TSRI Professor Hugh Rosen, who co-led the team that discovered RPC-1063.

Faheem Hasnain, President and CEO of Receptos, said, “The positive results of the TOUCHSTONE study exceeded our expectations with respect to the treatment effect of RPC1063. The consistency of the efficacy data across the various endpoints for the high dose, combined with the favorable safety profile, gives us confidence to move forward expeditiously with Phase 3 trials in ulcerative colitis and a Phase 2 trial in Crohn's disease. …We intend to continue to explore other autoimmune indications where RPC1063 may provide utility.”

Based on the positive trial results, Receptos said it will pursue a Phase 3 program for RPC1063 as treatment for ulcerative colitis along with a separate Phase 2 trial for Crohn’s disease in 2015.