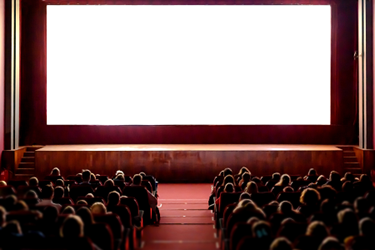 Fueled by the country’s large population and rapid urbanization, China’s biopharma segment has experienced double-digit growth for the past decade, and the landscape is poised for robust growth for the near future.  According to our research, the country’s pharma segment is projected to reach $175 billion by 2022,1 with its biopharma sales on track to reach over $50 billion.  We foresee continuing growth of both the pharma industry and the biopharma sector, but not at the recent double-digit growth rate. As economic development cools down and enters a “new normal,” healthcare expenditures have reached 6 percent of the GDP.  This is creating growing concerns that China’s National Healthcare Insurance Fund may become overextended.

The structure of China’s pharmaceutical industry will trend toward a greater market share of biologic therapeutics, especially mAb therapeutics, with the current wave of biosimilar mAb developments.  China launched its first domestic mAb therapeutic as late as 2005 and still lags the West, so this segment remains an underdeveloped landscape (with relevant opportunities for growth). Sales will increase in China as the biopharma market grows at a higher rate than the small molecule therapeutics as a whole, with mAb therapeutics as the leader.

Indeed, the biologics markets (including, particularly, vaccines) exploded from under $10 billion in 2012 to a projected $50 billion in 2021, with a CAGR of 16 percent, according to our research.  In 2014, the market size of mAb therapeutics in China reached USD $729 million. Some analysts forecast that by 2020, the total Chinese market for mAb therapeutics will reach USD $4 billion.1 Our study shows that there are over 250 mAb therapeutics under clinical development in China, with CD20, HER2, EGFR, VEGF, and TNF-alpha the hottest targets. As this wave of mAb development was initiated only around a decade ago, with a major jump within the last five years, regulatory authorities in China have just started giving the greenlight to mAb projects.

The last several months have witnessed the approval of three PD-1 mAb therapeutics made by domestic companies, but the peak has certainly not arrived yet, as new investments pour into this sector. In February 2019, China Antibody completed a round of pre-IPO financing worth perhaps hundreds of millions of dollars, and hardly a month passes without new companies with a focus on mAb therapeutics emerging. Our internal research found a consensus among industry insiders that in the next five years, China will see at least 10 mAb therapeutics from domestic companies receiving BLAs, with the more optimistic projection at more than 50. With more biological therapeutics sliding toward approval, their penetration rate will certainly be on the rise. 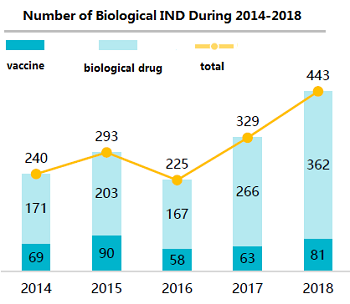 A More Innovation-Friendly Environment For Biopharma

Regulatory reforms, stronger revenue, and more financing, as well as clinical trial options, are converging to create a more innovation-friendly environment for Chinese biopharma companies. Previously, most, if not all, domestic pharmaceutical companies focused their resources on generic drugs.  But the picture is changing, as the Chinese government institutes reforms that favor innovative drug development. Besides updates in the NRDL (National Reimbursed Drug List), which is starting to include innovative drugs, CFDA has opened a fast approval track for innovative drugs that have significant clinical value, a practice confirmed by the recently updated Drug Administration Law (2019 version). This is good news for innovation-driven pharmaceutical companies, and the policy shift has already started to pay rewards. Between 2011 and 2015, R&D expenditures by medium to large pharma companies in China increased from CNY 21.15 billion to CNY 44.15 billon (USD $3 billion to $6.4 billion).1

New investments are also coming to the biopharma sector. Many established chemical drug or traditional Chinese medicine (TCM) companies with relatively big revenue streams, such as Jiangsu Hengrui Medicine Co., Ltd. (Lianyungang, China); Hisun Pharmaceutical (Hangzhou) Co., Ltd. (Fuyang City, China); and Kanghong Pharma (Chengdu, China), are delving into biological therapeutics. All of them have already launched their own mAb therapeutics. In recent years, quite a few domestic companies went public in the China, Hong Kong, or United States stock exchanges in order to raise funds for the development of drug pipelines and the expansion of bioprocessing capacities. Noteworthy cases include 3SBio Inc. (Shenyang, China), which went public in 2015 on the Hong Kong stock exchange and raised USD $710 million. In 2016, BeiGene, Ltd. (George Town, Cayman Islands) went public on the Nasdaq Stock Market, raising a total of USD $156 million. The firm boasts a mAb therapeutic targeting programmed cell death protein-1 and several other drug candidates in its pipeline, but at this time has no drug products on the market and has yet to generate sales revenue.

The HK stock market also changed its rules, allowing innovation-driven biological companies to get listed before having revenue.  This new exit route has drastically changed the game.  It is no longer the case that risk-averse, cash-strapped Chinese companies are reluctant to invest in biologics R&D, while at the same time venture capital companies are less hesitant to make investments in biotech companies focused on innovative product development. As a result, the innovation capability of domestic companies has grown significantly in recent years.

Now we see multiple MNCs (multinational corporations) collaborating with domestic partners to leverage the latter’s R&D capabilities in therapeutic biological development while simultaneously closing their own R&D centers in China, showcasing that domestic companies can be a source of creativity valuable to MNCs as well. Though most Chinese companies currently work on biogenerics or biobetters, it is possible the next decade may witness the launch of a truly novel biological therapeutic. The current wave of biosimilars/biobetters has attracted so many Chinese companies that the perceived high profit margin is unlikely to endure, thus forcing local players to invest more in innovative drug development.

On the MNC side, which usually have more robust pipelines than their domestic partners, there is good news as well. In October 2017, the State Council released Views on Furthering the Reform on Innovation in Drug and Medical Devices, which states that regulatory authorities will streamline the IND application process and will accept clinical trial data from overseas. This policy move is widely regarded as a step toward expediting the launch of innovative drugs from MNCs through a less time-consuming process, as currently the lag time between a drug’s first introduction worldwide and its launch in China can be up to several years. Combined with other policy moves, including permission for MNCs to start Phase 1 clinical trials in China, it is highly possible that many MNCs will have more incentive to unveil new biological therapeutics in China in the future. As a result, it is likely that more biological therapeutics from MNCs will be introduced in the next decade, leading to more treatment options for Chinese patients. In 2018 alone, regulatory authorities approved nine mAb therapeutics from MNC pharmas (including Eculizumab, Emicizumab, Nivolumab, Pertuzumab, etc.) for the Chinese market, breaking through previous ceilings. We have every reason to believe that this pattern will continue through the next five years.

Chinese contract biomanufacturing is forecast to undergo a brisk expansion in the near future. The 2019 version of the Drug Administration Law finally approved the MAH (market authorization holder) system on a national level, which has been run as a pilot program in several provinces since 2017.  While it used to be the case that a drug company had to produce drugs by itself, MAH gives drug developers the option of outsourcing manufacturing to a CMO partner.

Ten years ago, it was hard to find one competent biopharmaceutical service company in China that could meet the basic requirements for a Western client, yet today there is a proliferation of such companies as WuXi Biologics, MabPlex, CMab, and JHL Biotech, Inc. The coming of age of biosimilar therapeutics, especially mAb therapeutics, in China is likely to further accelerate the business of biological CMOs, as many of the VC capital-backed Chinese biopharma companies do not have enough funding to build their own facilities. In the next five years, demand for new capacity in bioprocessing will certainly be higher than it is today, as many biological projects under early development will enter into the clinical stage. As a result, quite a few CMOs, including WuXi Biologics, MabPlex, and Boehringer Ingelheim Shanghai, have increased or are actively increasing their capacity to meet market demand.3  Some biotech gurus also expect that the rise of contract manufacturing will help raise the standard of biologics manufacturing in China, as quality is of paramount concern  and the business model depends upon excellence in manufacturing.

The Chinese economic expansion that has unfolded over the past four decades is unprecedented in the history of the world. Reasons for China’s successes are complex, but are in part due to:

But now, as China attempts to turn the corner into a more highly sophisticated economic model, it remains to be seen if it can reinvent itself and compete against long-established first-world economies, including the United States and Western Europe. It is highly questionable that a 40-year expansion of 10 percent per annum can be replicated as China faces a future fraught with challenge.

Vicky Qing XIA is the senior project director at BioPlan Associates. She has an MS in biology from University of Texas-Houston and an MBA from the University of Pittsburgh. She has experience in consulting, business development, as well as alliance management in China’s biopharmaceutical industry.  Her expertise includes developing research and analysis on multiple global market segments, and she has managed a team of industry experts and projects.

A project manager at BioPlan Associates, Leo Cai Yang has business development experience in biotech and pharma segments and 10 years in market research. He graduated from East China Normal University with a bachelor’s degree in biotechnology in 2006 and has worked with equipment manufacturers in pharmaceutical and medical device industries, in Switzerland, Austria, and Germany.  He has also project managed studies involving new biopharmaceutical technology applications in China, including analysis and strategy development.