The Top 5 Trends To Watch In Bioprocessing 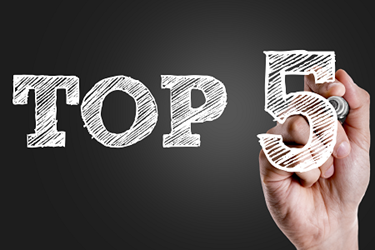 Most biopharmaceuticals are therapeutic proteins that are produced in living cells through recombinant engineering, and then purified from the cells or their culture media using sophisticated protein-purification techniques in a multistep downstream process. These processes — and the technologies that enable them — have experienced remarkable progress in the past 30 years, since the first biopharmaceuticals were approved for human use. This article will highlight some of today’s top trends in bioprocessing, as this exciting field continues to flourish.

The productivity of a cell line depends on its specific productivity, which refers to how much of the desired protein the cell produces, multiplied by the density with which the cells grow. Increases in cell line productivity will continue due to powerful economic drivers. Simply put, high-productivity cultures mean smaller bioreactors and lower capital and operating costs. For well-defined proteins such as monoclonal antibodies, expected productivities in standard fed-batch cultures are now in the 2 to 5 g/L range. While that will probably increase slightly in the next five years, what is more likely is that such titers will be seen for other recombinant proteins such as fusion proteins and enzymes. These have lagged behind antibodies due to their higher variability and complexity, as well as the greater popularity and widespread application of antibody therapeutics. Furthermore, the time required to select cells with high specific productivities will continue to shorten, due to continuing advances in understanding recombinant engineering of production cells.

Greater application of high-throughput techniques to optimize culture conditions is shortening the time to develop high-productivity cultures as well. Micro-bioreactor arrays such as the ambr (Sartorius), CellBRx (OmniBRx Biotechnologies), and BioLector (Mp2 Labs) allow rapid screening of a large number of media, feeds, and operating conditions such as temperature to determine those producing the highest titers. The top selections can then be further developed in micro and bench-scale bioreactors to simulate more closely the scale used in manufacturing.

In addition, cell densities in culture can be aggressively boosted using high-efficiency perfusion techniques to allow extremely high densities (~ 108 cells/mL) in small volumes.1 This type of process intensification will find increasing application in the next five years as the challenges of such processes are addressed.

2. Advances In Purification Resins And Membranes

The higher-productivity upstream processes are driving higher capacities and speeds in downstream technologies for the purification of proteins. This is most clearly seen in the widely used affinity supports containing Protein A as the specific binding ligand. While early versions of this affinity resin had capacities of 10 to 20 mg/mL resin, newer versions now reach 80 to 100 mg/mL.2

Furthermore, the architecture of the chromatographic resins has been improved to provide a more rigid support allowing for faster flow rates. Finally, as membrane technology improves, it has been possible to reach very high flow rates and still achieve high capacities, such as seen with Natrix’s HD membrane technology and similar new-generation supports. This trend toward increasing capacities and flow properties of chromatographic supports will continue for the foreseeable future.

The valuable selectivity of Protein A for IgG antibodies and Fc-fusion proteins has proven itself in that affinity resins with this ligand have become the backbone of downstream processing for these biopharmaceuticals. However, as bioprocessors face new molecules lacking the binding site for Protein A, they are reaching out to alternative affinity supports, such as custom supports generated via recombinant technologies from specialized antibodies (nanobodies, BAC ligands) or via selection of binding peptides utilizing vast libraries of peptide structures. Alternatively, increasing the selective power of standard chromatographic modalities by combining two of them to generate a “multi-mode” or “mixed-mode” support can provide highly selective supports and combine two chromatographic steps into one. Both the custom-affinity and multi-mode supports will see increasing application as the variety and complexity of protein therapeutics increase.

Competitive pressures are forcing biomanufacturing companies to develop more efficient processes to reduce time and costs.3,4 While most bioprocessing is still performed in batch mode, both upstream and downstream, most companies are evaluating ways to streamline their processes. On the upstream side this has meant a return to consideration of perfusion bioreactors to continuously produce product. While a perfusion mode can be more complex operationally, advances in process controls and single-use technologies have addressed many of the difficulties. Furthermore, for more sensitive proteins, perfusion can help address degradation in the bioreactor by continuously removing the protein product for downstream processing.5

On the downstream side, steps can be taken toward continuous processing by combining two previously separate orthogonal purification steps into one by vertically integrating the buffers and flow rates. But reaching a full continuous process from typically at least four or five separate steps needed the advent of simulated moving bed (SMB) and sequential multi-column chromatography (SMCC) technologies, which are now being offered at process scale by companies such as Pall and Novasep. Utilizing an array of precisely controlled valves, detectors, and arrays of three to six columns per step, product can flow directly through such an instrument to harvest purified protein continuously.

New filtration technologies such as inline ultrafiltration, diafiltration, and concentration equipment allow these steps to be added into continuous processes.6 Techniques for clarification of bioreactor cultures, such as acoustic wave technology7 and continuous centrifugation,8 streamline and reduce the filter burden of clarification. This is particularly valuable as cell-culture densities have increased to as much as 50 to 100 million cells/mL with concentrated upstream processes.

4. Improvements In Manufacturing Of Biosimilars

The manufacturing challenges of biosimilars have been well documented9,10 and are attributed to the need to produce a highly similar version of a complex macromolecular protein drug that really represents a collection of closely related variants of the intended structure.  The use of different cell lines, culture media and conditions, and downstream processing can affect the proportion of these variants and hence the similarity of the biosimilar to the reference drug. Nevertheless, thanks to advanced analytical techniques, improved understanding of molecular biology and recombinant technology, and biochemistry of post-translational modifications and protein degradation, great progress has been made in manufacture and licensure of biosimilars. This trend will continue as more companies are investing in biosimilar manufacturing and more reference drugs are amenable to biosimilar competition due to patent expiries.

5. Bioprocessing For Cellular And Gene Therapy

Advances in new therapeutics such as CAR T cells (CAR-Ts) and gene therapies have brought to the fore a very different type of biologic product than the standard protein therapeutic. Rather than growing cells that produce a desired recombinant protein and removing the production cells, in cellular therapy the cultured cells become the product to treat the patient. This brings extraordinary new challenges, including the need to keep the cells alive for the patient and the absolute requirement that any particular cell culture be matched to the patient to avoid immunological rejection. Gene therapy generally relies on a vector such as a virus to introduce and propagate the desired genetic material in the relevant cells of the patient. Such vectors must be carefully selected and controlled and grown and stored under conditions that maintain viability. Despite such challenges, bioprocessors have developed product for clinical trials and, more recently, for approval for patient treatment. The trend toward such biotherapies will continue as they are perfected and applied to more diseases.

Bioprocessing continues to be a growth field due to the success of biotherapeutics in addressing previously unmet medical needs and their continuing application to new disease challenges. Improvements in upstream, downstream, and continuous bioprocessing, as well as greater numbers of biosimilars and new applications for cellular and gene therapies, will continue to push the industry forward.

This article has been adapted from the 2018 CPhI Annual Report.

Michiel “Mike” E. Ultee, Ph.D., has published a wide variety of papers of all aspects of bioprocessing. These include an in-depth review of antibody purification techniques for the Encyclopedia of Industrial Biotechnology, initially in 1999 and then for its second edition in 2010. Other papers have focused on the production and purification of challenging proteins, including fusion proteins, and IgM antibodies. He has also published on radiolabeled antibodies for nuclear medicine applications, as well as a novel method for the production of antibody fragments. More recently has presented and published multiple times on single-use applications in bioprocessing.