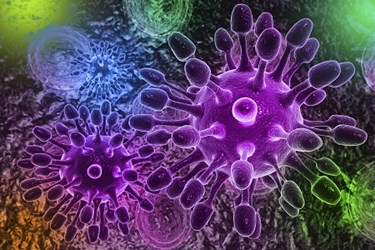 The Medicines Company announced that it has launched the Phase 3 trial of its investigational antibiotic Carbavance as treatment for serious bacterial infections due to gram-negative bacteria following the recent enrollment of the trial’s first patient.

Carbavance is an intravenous antibiotic candidate being developed for the treatment of infections caused by Klebsiella pneumoniae carbapenemase-producing carbapenem-resistant Enterobacteriaceae (CRE). The antibiotic combines carbapenem antibiotic and meropenem with RPX7009, which belongs to a novel class of beta-lactamase inhibitors that inhibit bacterial enzymes that often result in the development of antibiotic resistance. Earlier this year, Carbavance was designated a Qualified Infectious Disease Product (QIDP) by the FDA, which awards the company’s candidate Priority Review and makes it eligible for the FDA’s Fast Track status.

Antibiotic resistance by gram-negative bacteria has significantly risen in the last decades, limiting choices for effective treatments. The Centers for Disease Control and Prevention (CDC) has called attention to CRE as an urgent antimicrobial resistance threat. According to the CDC, CRE-related infections are difficult and in some cases impossible to treat. These have also been linked to mortality rates of up to 50 percent.

The company said the first Carbavance trial will investigate the antibiotic’s safety, tolerability, and efficacy in an estimated 850 patients with complicated urinary tract infections (cUTI) or acute pyelonephritis (AP). The randomized, double blind, double dummy Phase 3 trial TANGO 1 will compare Carbavance to piperacillin/tazobactam. The second Phase 3 open label, randomized, multicenter trial TANGO 2 will assess the antibiotic candidate’s safety, tolerability, and efficacy in around 150 patients with serious infections due to CRE across several indications. The investigation will examine Carbavance’s effect in comparison to “best available therapy” over the course of two weeks.

“We are excited to be initiating our two clinical trials with Carbavance. RPX7009 was developed specifically to have activity against KPC producing strains of CRE, and meropenem is a carbapenem with a proven track record of efficacy and safety. We believe Carbavance, upon approval, has the potential to provide health care professionals and patients with a new option for the treatment of serious gram-negative infections,” said Jeff Loutit, VP and Chief Medical Officer for Infectious Disease Care at The Medicines Company.

The Medicines Company said it anticipates the results from both Phase 3 trials investigating Carbavance in 2016.