The Impact Of Reformulation Strategies On Pharmaceuticals, Biologics 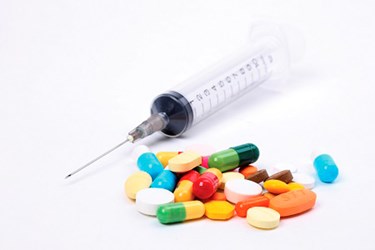 Sizable revenue is generated through exclusive rights to market branded drugs. Thus, patent expiry and the end of data exclusivity are major concerns. Reformulating the active ingredient of existing drugs such that approval by the Food and Drug Administration (FDA) is required prior to commercialization is one way to secure additional data exclusivity periods. If patients are migrated to a new patent-protected formulation, additional exclusivity periods and patents covering reformulations can have significant commercial value.

Strategically, a successful “reformulation” involves altering the characteristics of a drug just enough to obtain additional patent protection, while keeping enough characteristics the same so that previous clinical testing results can be relied on to obtain FDA approval. Upon receiving approval for the reformulated product, marketing of the old formulation can be discontinued. Nothing prevents a New Drug Application (NDA) holder from unilaterally discontinuing a listed drug. Discontinued drugs are no longer available as a Reference Listed Drug for ANDA filers. Under current FDA regulations, an ANDA applicant cannot reference an NDA once it is removed from the Orange Book.

Using this strategy, new patent(s) covering a reformulated product can be listed in the Orange Book under either the existing brand or a new brand, and the drug can be promoted as improved in some way. If successful, a company may be able to retain market exclusivity, which would have been lost to generic competition upon expiration of patent protection for the original formulation.

Routes Of Administration For Small Molecules And Reformulation Options

Improvements to existing drugs typically include (a) reformulating the molecular entity (ME), (b) the manner of delivery, or (c) switching to a new indication. Examples of molecular entity reformulations include metabolites (e.g., Claritin ► Clarinex), enantiomers (e.g., Prilosec ► Nexium), and polymorphs (e.g., Paxil).

A new manner of delivery can include changing the drug dosage form or changing the route of administration of the drug. For example, Warner Chilcott’s Ovcon was changed from an oral tablet to a new patent-protected chewable tablet with the identical active ingredients.

Another example is TriCor (fenofibrate), which was first approved in capsule form. It was then approved in a micronized tablet formulation, and finally a new nanoparticulate tablet dosage formulation.

Another way to reformulate is by changing the route of administration to create a pharmaceutically different drug product. Although a new NDA must be filed, if the drug is bioequivalent to a previously approved drug, the drug company can avoid most of the time and expense associated with clinical testing. For example, desmopressin acetate was first approved by the FDA for the treatment of diabetes insipidus and later as a treatment for bedwetting. The original patent taught that the drug could be administered to the patient through “peroral” and other applications, whereas a later filed patent claims that the drug can be administered through absorption in the gastrointestinal tract.

Switching to a “new indication” involves obtaining approval and patent protection for a new method of use for an existing drug. However, to completely block generic competition for the new indication, the drug company must file an NDA and list the new method of use patent in the Orange Book, which sometimes is cost-prohibitive.

Biologics are becoming more prevalent in the market. There are currently more than 150 Biologic License Applications (BLAs) approved in the U.S. The manufacturing processes for biologics are different than for small molecules. Biologics are usually manufactured in living systems that produce similar, but not necessarily identical, products. Structural alterations (e.g., changes in glycosylation) or system contaminants can lead to immunogenicity issues not associated with the original product. Product differences may even be present within the same batch. Thus, there are both opportunities and challenges for companies interested in reformulating biological products.

While minor changes to the formulation and/or delivery device are allowed if they do not introduce clinically meaningful differences, the FDA will only approve a biosimilar if its mechanism of action, route of administration, dosage form, and strength are the same as the reference product.

New biologics receive 12 years of data exclusivity. However, the FDA will accept a 351(k) biosimilar filing 4 years after the first biologic product is licensed. According to the FDA’s draft Guidance published August 2014, an additional 12 years of exclusivity will not be granted for new indications, routes of administration, dosing schedules, or dosage forms. A new period of exclusivity will only be granted if changes are made to the structure of the biological product that alter safety, purity, or potency.

Unlike the FDA's Orange Book for small molecules, the Purple Book for biologics contains no patent information. Instead, it merely lists approved biologics, biosimilars, and interchangables.

Routes Of Administration For Biologics And Reformulation Options

Most biologics are administered through parenteral routes (e.g., intravenous infusion and subcutaneous or intramuscular injection). Biologics are commonly administered by IV infusion because of the need to, e.g., deliver safe concentrations, maintain stability, avoid aggregation and undesirable viscosity properties, and limit degradation in the digestive tract due to short half-life.

Biologics can be difficult to formulate for subcutaneous or intramuscular delivery as these typically involve injection of small volumes of highly concentrated drug solutions. Biologics that need to be given in high doses and/or have limited solubility can be particularly challenging and lead to loss of biological properties., Changes to the route of administration can also impact the dose and dose frequency, e.g., small volume subcutaneous or intramuscular injections of a biologic will likely need to be administered more frequently and/or at a higher dose compared to the same dose administered by infusion.

Roche is also attempting a biosimilar reformulation for Rituxan (rituximab), which was also approved in 2014 in Europe. Rituxan’s European patents expired in 2013 and are due to expire in the U.S. in 2016. It remains to be seen whether Roche’s reformulation strategy will allow it to retain a significant portion of the Herceptin and Rituxan markets in the face of likely biosimilar competition.

Some reformulation strategies have encountered skepticism and even failure. Pfizer abandoned its attempt to move the diabetes market from injected insulin to its inhaled insulin product, Exubera, in 2007. Despite regulatory approval in 2006, the inhaled insulin failed to gain market share, and after only a year of sales, Pfizer was left with an estimated loss of at least $2.8 billion when it withdrew Exubera from the market. Despite the failure of Exubera, MannKind Corporation sought and obtained approval in 2014 for Afrezza, a rapid-acting inhaled recombinant human insulin. As of October 2015, Afrezza sales were well below MannKind’s target range. Time will tell whether the market will eventually move toward inhaled non-injection insulin product for diabetes patients.

Another strategy to migrate the market toward more effective biologics includes making changes to the active agent, e.g., modifying the active agent (such as by pegylation) or administering DNA or mRNA-encoding a known active agent. Depending on the changes made and whether the changes result in altered safety, purity, or potency, some of these products might be eligible for approval as new active agents, which would provide for a new exclusivity period, as well as any new patent term that might be obtained.

Amgen extended its dominance in the market for almost two additional years after the patent to Neupogen (filgrastim) expired in the U.S. in December 2013. Amgen manufactures Neulasta (pegfilgrastim), a PEGylated recombinant methionyl human GC-SF for severe cancer chemotherapy-induced neutropenia. Pegylation can improve physical properties of the molecule, such as solubility, thermal stability, and immunogenicity. Pegfilgrastim has a human half-life of 15 to 80 hours (much longer than the parent Neupogen (filgrastim) (3 to 4 hours)), allowing for a single dose administration per chemotherapy cycle.

The approval of Zarxio (filgrastim-sndz), a biosimilar to Neupogen (filgrastim), introduces another option for health care professionals. However, it seems unlikely that patients who switched to single dose pegfilgrastim will go back to multi-dose filgrastim.

Compared to small molecules, opportunities to migrate the market for biologics are not as prevalent. That said, companies are developing strategies for reformulating biologics with varying success.