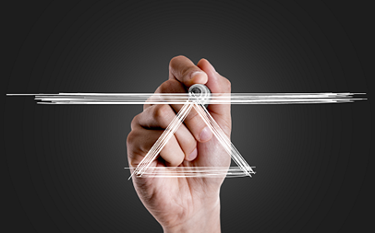 Often there is a great deal of confusion regarding why manufacturers wait so long to market their biosimilars despite having a more abbreviated pathway than innovator biologics. Other times, manufacturers and investors will be caught off-guard when a court blocks marketing of their biosimilars despite them having obtained FDA approval. Mitigating preventable uncertainty warrants understanding some of the underlying mechanisms related to the “patent dance.” This is the first of two articles that will address the patent infringement issues often used against biosimilars by sponsor biologic owners to delay or derail marketing of the biosimilar.

The Patent Infringement Arsenal At The Disposal Of A Sponsor Biologic
Biosimilars are especially vulnerable to an attack under what is known as the doctrine of equivalents (DOE). DOE basically allows someone to sue for infringing on the general spirit of the patent more so than on its actual claims. The criteria for DOE centers around whether the infringer’s product does substantially the same thing in a similar manner…almost the exact criteria the biosimilar must establish for FDA approval as “biosimilar.” This was one of Congress’ many tragic oversights when crafting the Biosimilars Price Competition & Innovation Act (BPCIA). However, although this may seem like the perfect means to combat biosimilar compounds, as it uses the biosimilars’ own evidence of safety and efficacy against them, it has been used with mixed results.

Literal infringement also remains an option for a biologic sponsor to use against a biosimilar, but it’s rarely successful. Literal infringement has stricter criteria than DOE, as it requires every component of a patent claim to actually be infringed. It’s a much narrower scope because one minor variation in the infringer’s product from the patent holder’s claim may defeat this cause of action. For example, a minor difference in the shape of a biosimilar’s monoclonal antibody could prove sufficient to place it outside of the patent’s literal infringement scope, even if the overall compositions were identical. A patent owner may — and usually chooses to — assert both literal and DOE infringement claims to preserve multiple causes of action; however, usually the literal infringement claim is discarded quickly.1 For example, in Larami Corp. v. Amron, it was held that literal infringement requires every element of the claim to be present in the infringing invention or the action cannot be sustained.2 When literal infringement has been pursued in conjunction with DOE, such as in Sanofi-Aventis Deutschland GmbH v. Genentech, Inc., it has generally not been successful.3 The appeals court held, regarding a biotech patent dispute, “there is no genuine issue of material fact that Appellees do not literally infringe the asserted claims;” a minor variation of how DNA was isolated was enough to defeat literal infringement.3

Though literal infringement may be difficult to prove, it has the advantage of being very challenging to counter once established. For example, one of the only methods to counter a literal infringement claim once established is to utilize an extrapolation of DOE known as the reverse doctrine of equivalents. This idea consists of the alleged infringer arguing that although their invention performs the same function as the words describing a claim, it does so in a substantially different way in “spirit.” Though this defense has been showing up with increasing frequency in biotechnology litigation, it is unlikely to ever be successful. The U.S. Court of Appeals for the Federal Circuit’s own words capture this doctrine’s viability best in Tate Access Floors, Inc. v. Interface Architectural Res.: “not once has this court affirmed a decision…based on the reverse doctrine of equivalents.”4 In Amgen Inc. v. Hoechst Marion Roussel, Inc., it was also used in a biologic case with no success; thus, it remains a hypothetical defense without a proven record of accomplishment.5

Why The Doctrine Of Equivalents Is The Primary Weapon Of Choice
The doctrine of equivalents has become the primary weapon of choice for biosimilar lawsuits so far. Understanding this doctrine is critical, as it drives the decision to wait until the patents expire on a biologic before marketing a biosimilar. The doctrine became binding upon all courts in 1950 when the Supreme Court held in Graver Tank & Mfg. Co. v. Linde Air Prod. Co. that an infringer will be liable if the alleged infringer’s invention “performs substantially the same function in substantially the same way to obtain the same result.”6 Basically, this gets to the spirit of patent protection, where if an infringer is trying to design around a claim with minor changes to accomplish the same task, it’s still infringement.

On the surface, a DOE violation seems to be precisely what biosimilars inadvertently seek to accomplish. However, it’s important to recognize biosimilars may have some statutory protection under the BPCIA through the “patent dance.”7 Thus, while biosimilars generally perform the same function in primarily the same way, as this is the prerequisite for FDA approval, due to the empirical impossibility of replicating complex biologic compounds, they may still be protected. Graver Tank specifically targets, as a matter of policy, infringers it views who make nonmaterial or minor variations to design around the patent.6 This is why Graver Tank may encounter issues when applied to biosimilars due to the numerous variations between the larger complex compounds of most biologics, and the variations are not intentional.6

Further, despite the good intentions of biosimilar manufacturers, intent is generally irrelevant in patent infringement lawsuits, as publication of a patent is automatically considered notice to the public. This significantly reduces the number of legal defenses available. Not having a requirement of intent thus makes it considerably easier for patent holders to press nuisance suits likely to survive summary judgment (a procedure that lets parties to a lawsuit get the case resolved before it goes to a full-fledged trial). A judge is already likely to be hesitant to grant summary judgement motions as a general practice since they are vulnerable to being overturned on appeal; this is further compounded because the case law surrounding the BPCIA is poorly developed.8 Though all biosimilars so far have been the subject of litigation prior to or after achieving FDA approval, and sometimes even while still in the early discovery phase, there are still too few biosimilars approved for marketing to infer that the onslaught of nuisance lawsuits will be a consistent pattern.9

Do Biologics/Biosimilars Face Different Standards In Patent Litigation?
The courts have generally rejected imposing a higher standard for biologics to meet the literal infringement or DOE threshold, such as creating additional criteria for an infringement claim or permitting only the use of case law related to biotechnology in litigation. For example, in Regents of Univ. of California v. Dako N. Am., Inc., the court held that imposing a different standard would undermine the policy behind protecting pioneering inventions.10 This is not favorable to the holder of a biosimilar application, as it welcomes use of any patent case law for infringement, rather than expecting biotech-related litigation to be more persuasive. This means a biosimilar manufacturer may have to defend against binding or highly persuasive precedents that may have predated the existence of its technology, such as Graver Tank & Mfg. Co. v. Linde Air Prod. Co., which is not favorable to the alleged infringer.6 However, the Supreme Court opened Pandora’s box regarding DOE in Festo Corp. v. Shoketsu Kinzoku Kogyo Kabushiki Co., with this line roughly seven years prior to the passage of the BPCIA: “Congress can legislate the doctrine of equivalents out of existence any time it chooses.”11 This means Congress, through amendments to the BPCIA or new legislation, could choose to pass legislation that would shield biosimilars and prevent them from having to wait until the expiration of numerous patents before being able to be safely commercialized.

Examples Where Biosimilars Have Overcome DOE Claims
In Novartis Pharm. Corp. v. Abbott Labs., the court reached a decision that could be favorable for biosimilar owners seeking to defend themselves in litigation related to DOE.12 It held that substituting one feature for another in a way that places it outside of a claims scope could shield it from DOE infringement.12 In this case, it was using a different substance not listed in Novartis’ claims to accomplish something similar, while the other compound and quantity were not listed in the claims.12 Thus, the court felt DOE was not a sustainable cause of action because doing so would increase the patent claims scope, something strictly forbidden by the policy underlying the public disclosure component of patents.12 A biosimilar by its very composition presents an issue for a sponsor biologic to challenge it under DOE, as it’s not likely to have the same molecular structure.13 Therefore, biosimilars are likely to have plenty of defenses to a DOE claim, especially given some of the more recent case law.

Another example of where an offensive patent tactic failed when used by a biologic to strike at a biosimilar was when Johnson & Johnson had to drop its suit with prejudice against Samsung Bioepis Co Ltd.14 It had sued Samsung, alleging that although its FDA-approved product was a different compound, it used the same patented manufacturing processes.14 The suit was voluntarily dropped, and while it’s difficult to speculate, it may have been that Johnson & Johnson did not think it could prevail.14

Conclusion
The doctrine of equivalents will not outright block biosimilars despite the numerous efforts of sponsor biologics to weaponize it. Further, courts have typically found case law surrounding generic drugs to be persuasive, as they see a parallel between them and biosimilars. This is critical because although there is very little case law addressing biosimilars, there is a great deal of case law on generic drugs. Allowing biosimilar manufacturers to draw from precedents in generic drug disputes produces a critical asset to ensuring biosimilar success. Further, courts tend to be very deferential to biosimilars because of their potential to increase patient access to affordable healthcare.

Nicolas Arkells is the CEO at Manticore Consulting Group, a global health economics and outcomes consulting firm. He has over 15 years of leadership experience ensuring organizational commitment to statistical analysis and implementation. His law and science juris doctorate concentrated on intellectual property, which encouraged his research in biotechnology, market access, policy, and patent law. His MBA focused on the application of analytics to provide solutions to real-world problems in the healthcare industry. He is certified in medical devices and pharmaceuticals by the Regulatory Affairs Professionals Society, Lean Six Sigma black belt trained in the healthcare industry, agile certified as a PSM and PSPO, and certified in global human capital through Columbia University. He has been recognized for excellence in legal research, leadership, alternative dispute resolution and as a US biosimilar policy expert. You can reach him via email or connect with him on LinkedIn.