The Debate On Standards In Biologics Development Heats Up 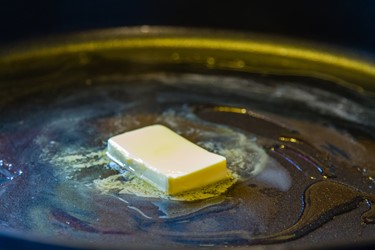 A few weeks ago, the Senate Health, Education, Labor, and Pensions (HELP) committee released draft legislation containing provisions toward improving pricing transparency and healthcare payment practices and increasing small molecule and biologics competition. While there are many different provisions within the bill, a new provision found in section 207 has sparked an increasingly ardent discussion between the FDA and standards-setting organization U.S. Pharmacopeia (USP).

As the legislation states, this provision moves to “exclude all biological products subject to regulation under the Public Health Service Act from requirements to follow U.S. Pharmacopeial compendial standards, which were originally drafted to apply to drugs approved under Section 505 of the Federal Food, Drug, and Cosmetic Act.” As the legislation continues to explain, the goal behind such a provision is to eliminate any delays that may occur as companies strive to simultaneously gain FDA approval and meet the legally required USP standards for biologic or biosimilar products.

Though it’s only natural to expect animated scientific discussion between the FDA and USP which have long been partners-in-science, I found myself caught off-guard by just how firmly the FDA has been putting its foot down and making its thoughts known on the role certain standards — in particular, USP monographs — should (or should not play) in biologics development. Naturally, this has raised some eyebrows and reawakened what has been a slowly intensifying discussion in the biologics space: What role should standards play, and what impact could these standards (or the lack of them) have in the overall biologics space? In this first of what will be two articles, I’ll unpack the role of USP’s standards, as well as the FDA’s current concerns about the impact these standards may have on biologics and biosimilar development.

A Brief Background On USP And The Art Of Standard-Building

For those of you who may be less familiar with the work of USP, the standards-setting organization has been around for almost 200 years. USP is not a regulator, nor is it a government agency; however, all drugs that are approved and marketed in the U.S. are legally required to meet USP’s standards. These standards are evaluated and shaped by expert committees comprising volunteer professionals from academia, industry trade groups, government organizations, and regulatory agencies. In addition, USP and the FDA have always had a close, collaborative relationship to promote scientific alignment and to reinforce product quality in collaboration with global regulators, pharmacopeias, and other standard-setting organizations. However, it’s important to reiterate once more that USP is not a regulator, and as such, is not tasked with the evaluation and approval of drugs; USP is responsible for establishing the quality paradigm each drug must meet to remain on the market. The FDA alone evaluates a drug for safety and efficacy and is responsible for ensuring long-term quality and compliance once that drug is marketed.

At the forefront of current discussions between FDA and USP is the role of the monograph, which is specific to a certain product — for instance, insulin glargine, or, calcium citrate, as this USP example shows. The monograph identifies and defines the ingredient along with how it is prepared, stored, packaged, and labeled. If you look at the example hyperlinked above, it lists the procedures required to carry out the necessary identification assays and relevant impurity tests to ensure the proper identity, strength, quality, and purity of calcium citrate. In order to carry out the tests listed in a monograph, companies must use USP reference standards, which are established using the brainpower of an expert scientific committee. These reference standards ultimately help manufacturers ensure the suitability of their analytical or laboratory applications specified in USP documentary standards.

In addition to the process outlined in the monographs, there are also test procedures detailed in USP’s general chapters, which essentially are recipes for carrying out test methods applicable to classes of drugs. While a monograph would specifically focus on a singular product — for instance insulin or filgrastim — a general chapter could look broadly at the different treatments and discuss, for example, the specific steps a manufacturer would need to take for quality assurance for this class of medicines.

Given USP’s long history, you can imagine the broad discussion in the HELP legislation rendering “compendial standards” optional raises a number of concerning questions about the long-term use and role of standards. The response from USP and other organizations has reiterated that public quality standards must remain a central and not optional part of the drug development and manufacturing process. Given the extensive supply chain involved in the development of pharmaceuticals, the purity, potency, and storage/distribution standards developed by USP ensure the overall safety of all pharmaceuticals.

But what is also critical for members of the biologics and biosimilars industry to note, as the CEO of USP pointed out in a letter to the Senate Committee, these standards also support a multi-manufacturer market and, in turn, greater competition.

The FDA Speaks Out Against Biologics Monographs

As I mentioned earlier in this article, I was surprised to note how outspoken the FDA has been about the role of standards in biologics development. To be clear, the FDA is not anti-standard. In fact, the agency whole-heartedly supports the use of USP product-specific monographs for small molecules. Afterall, small molecules are simpler and capable of being exactly replicated. Therefore, novel small molecules and generics are well-suited to adhere to what the agency argues can be “inflexible” monograph standards.

The FDA’s concerns about monographs in large molecule development first came to my attention upon reading a blog post published in response to the approval of the U.S.’ 20th biosimilar, Kanjinti. In the blog post, the FDA outlined its thoughts on innovation and competition. But agency authors Janet Woodcock and Peter Marks also pointedly included several paragraphs stating their concerns that standards in the biologic realm may be harmful overall for biologics innovation. Because making biologics requires agility, flexibility, and technological advancement, “When it comes to biological products (including biosimilars) — the requirement to adhere to a monograph may actually hinder progress while not offering additional quality assurances,” wrote Woodcock and Marks.

In addition to Marks’ and Woodcocks’ blog post, the FDA recently published a Q&A on the topic of biological standards featuring the FDA’s Steven Kozlowski. As Kozlowski outlines, monograph standards are not (currently) prolific in the biologics space; for one, the legislation requiring manufacturers to adhere to monographs for biologics made its first appearance in 1997. Many of the molecules currently coming off patent and facing biosimilar competition today — including Humira, Remicade, Enbrel, Rituxan, Avastin, Enbrel, Herceptin, and Neulasta — do not have monographs. However, it’s important to note that, as the biologics industry gears up for the great 505(b)(2) pathway transition for insulins, there are currently 18 monographs in place for insulin products, which, no doubt, is a factor stimulating this overall discussion on the FDA’s part.

At the core of Kozlowski’s argument is his assertion that monographs could delay biosimilar competition. For one, as he stated in the Q&A, if the large blockbuster biologics listed above had monographs, all manufacturers of biosimilars would have been required to follow each specific monograph. Where he could see this posing a problem is should an innovator file for a monograph for its reference product which is developed using patented assays or technologies. This would mean that a biosimilar maker seeking FDA approval would be unable to meet the legally required monograph established for that product and, in turn, would be delayed from the market.

As such, rather than require manufacturers to meet mandatory biological monographs, the agency is pushing for optional biological product standards, on the grounds that the FDA itself has access to all the information it needs to evaluate a product for safety, efficacy, and quality.

Now that you’re privy to the ongoing debate, stay tuned for the second part of this article in which I’ll discuss some of the concerns the FDA’s stance raises for all biologics and how it could impact the biosimilar industry as a whole.