The BIO International Conference will soon commence, and the sponsors think it’s “Super.” Actually, that’s a thematic of BIO 2015. At first blush, though, it doesn’t sound all that super; more like a marketing team run out of steam. After all, the show has been going strong for two decades now.

So, wouldn’t you know it, the first person I speak with for help with my annual pre-BIO editorial, Peter Pekos, founder and CEO of Dalton Pharma Services in Toronto, says this when asked about the conference:

“I expect one of the hot topics in 2015 that will continue at BIO is the targeting of orphan drugs for development, or what are being called ‘super’ orphan drugs.” 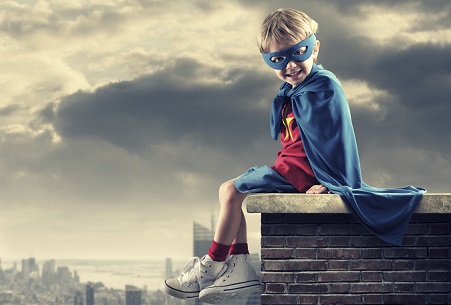 I also ask Pekos about the proliferation of trade shows – he had just returned from a BBC CEO conference – and the continuing importance of a gathering as large as BIO.

“Nowadays there are so many conferences you have to be selective. I’ve noticed, though, that the same people you see at these events become your business friends. The social events allow you to take advantage of accidental collisions with people. In the case of BIO, because it’s so large, if you plan well you can have super quality accidental collisions.”

Pekos swears he hasn’t seen the cover of the BIO 2015 Pre-Event Planner: “Forge SUPER Powerful Connections.” So I give in; it’s a super theme. Particularly, I’m starting to appreciate BIO’s Everyday Super Heroes.

Coincidentally, it was through the eyes of an everyday working-person, one at a smaller or mid-sized organization supporting the biotech and pharma industries; an entrepreneur and builder going about his business of inserting an innovative cog into the industry machine, that I wanted to preview BIO this year. But indeed, these are not the common men and women of our industry, they are our super heroes.

For me, Pekos fills the role even more admirably for doing his part as a contract service provider, some of the real unsung heroes of bio and pharma. His story starts in 1986, when as he was graduating from York University, his (prescient) chemistry teacher (Dr. Douglas Butler) pushed him into the incubator that the (prescient) university had just created. “We were told to start companies,” recalls Pekos. Thus began Dalton Chemical Laboratories, which quickly became Dalton Pharma Services to take early advantage of a growing need of pharmaceutical companies for outsourcing services.

“It’s funny looking back at the decisions you made and the relevance they take on,” says Pekos. “We were going to commercialize products I developed in my master’s program. I was working on an early type of nanotechnology, building interesting structures and molecules … but nobody could imagine what to do with them yet. So we said, ‘Hey we’re good chemists, lets try and get some business.’ We started offering chemistry services as consultants.”

To stand out, Dalton focused on challenging research areas, such as inert-atmosphere chemistry, and making difficult drug metabolites. “We were building a reputation as a company that can get difficult things done,” says Pekos, “and we grew ourselves out of the incubator and into our own space.”

And Pekos remained open to new opportunities. Among other things, Dalton Pharma is known today for small-scale sterile manufacturing. “We didn’t wake up one day and decide to do sterile manufacturing,” Pekos explains. “We were working for a client on an API that would go into a sterile dosage form. The API was early stage and didn’t require many vials; it was also hard to handle because it was volatile. Well, our client got fired by their fill-and-finish supplier, who didn’t want to proceed. The clients were distraught. We had just moved into our new, clean facility, saw an opportunity, and the client helped us add a sterile-fill line.” The rest, as they say, is history, particularly for (super) entrepreneurs in our industry.

Here are some topics Pekos expects will center discussions – and debate – at BIO 2015:

2. Sterile and other complex product development

5. Funding (relating to all the above)

For our purposes here, we’ll focus a bit on ‘super’ orphan drugs … and the funding to allow that research to move forward.

Feeding the pursuit of orphan – or rare – diseases with small patient populations is the venture funding finding its way to these biotech products and companies. Disease categories are being further micronized to “super” restricted patient-populations, groups left untouched in the past. With new science, technology and platforms, investors can see the potential for less costly development and commercialization. Exclusivity in limited therapeutic areas can provide protection from competition, and price and profitability maintenance for new drugs and therapies. According to Pekos, some in the industry are purposely slicing larger indications into niche orphan categories, as an approach to getting products to market, and in some cases early investment opportunities.

“Also,” says Pekos, “many biotechs today understand they won’t need a large sales force. They can build their own teams to take the drugs commercial.” This is aided by a growing thirst for earlier-stage biotech IPOs. “The concept of the fully integrated biotech is being reinvented. These companies going after orphan indications are finding extreme public and private investor interest,” concludes Pekos.

A Measurement of Success

What does the CEO of a service provider expect from himself – and his sales team – at BIO 2015?

“I’ll start with the example of the conference I just attended,” says Pekos, “There were about 400 attendees, and I met over 10% of them. I think of those 40 or 50 people, 15 were very high-quality meetings in the sense they could benefit from our services. There were also half-a-dozen who I would call important ‘influencers or referrers.’ Then of course I had very productive client meetings. I think it was a home run.

“So for my two business development guys at BIO, I’m expecting the opportunity to meet about 50 people a day, and maybe 10% will be opportunities for meaningful business relationships.”

Pekos also has an interesting – and instructive – perspective on meeting customers. “The challenge is that many customers aren’t specifically there to talk to their service providers. They are looking for investors and to raise money. We need to respect their space so they can accomplish those objectives.”

And back to those accidental collisions, Pekos believes if you wrap up at 5pm thinking you’ve talked to enough people, or you can’t disengage from what is going on back at the office, you’ll miss valuable opportunities.

“Because of their access to venues at any major city the conference is held, BIO has big events and gatherings. The opportunities you gain by engaging yourself in the after-hours are critical in making the most of the conference.”