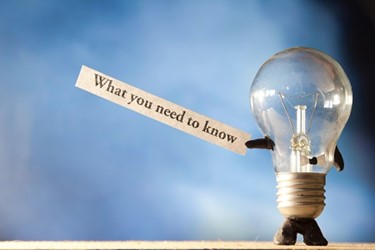 I don’t regularly delve into the manufacturing side of biologics, but I was recently faced with the perfect opportunity to share a few takeaways from a new report published by Industry Standard Research (ISR) entitled, “Sterile Injectable Drug Product Manufacturing Market Overview and Outlook.” The report solicited responses specifically from sponsors outsourcing sterile injectable manufacturing (also referred to as fill/finish or aseptic fill) for small and large molecules. Specifically, respondents provided data around their use of five small volume formulations that require sterile injectable manufacturing: prefilled syringes, liquid vials, lyophilized vials, cartridges, and ampoules.

Though a majority of the data points in the report are not specifically focused around biosimilars, 37 percent of respondents acknowledged that the expansion of biosimilar portfolios was one reason they could envision a greater wave of sterile injectable outsourcing in the next five years. So, I decided to reach out to the report’s lead author Kate Hammeke, VP of market research for ISR, to unpack a handful of findings I thought would be important for those involved in both biologics and biosimilar manufacturing and outsourcing.

Anna Rose Welch: The report highlighted that two of the biggest challenges working with CMOs in sterile injectable manufacturing is finding a partner that could sufficiently carry out tech transfers and analytical needs. Why do these challenges exist?

Kate Hammeke: I like to speak in analogies; so, say, for instance, you're baking a recipe — and it has to be baking as opposed to cooking, because baking is more precise. Instead of making 24 cookies, you want to make 240 cookies. It's not as easy as adding in ten times the ingredients. One of the biggest challenges is trying to scale-up a product. I think a respondent elaborated upon this challenge best in the report: “The proposed new CMO typically tries to force-fit the currently approved manufacturing process into their existing equipment/processes, and are typically unwilling to be flexible and make the changes needed at a reasonable price and acceptable timeframe.”

Welch: There were several datapoints around the types of devices sponsors anticipate they’ll be outsourcing the most in the next few years. Do you have any thoughts as to why a sponsor might choose to outsource one administration method more than another?

Hammeke: The prefilled syringe and the cartridge are newer to the scene, and the liquid vials and the ampoules are even older. The lyophilized vial kind of bridges the gap between the old and new in that, many newer drugs are relying more heavily on this older technology for stability. A big pharma company most likely has a facility that can fill liquid vials and they potentially have facilities that fill ampoules. But because of interest in manufacturing large-batch products internally, they may prefer to outsource smaller volumes like prefilled syringes or cartridges. The machines that fill these products efficiently are newer; in fact, they’re considered hybrid technologies and they're in the realm of half a billion dollars for one. That includes ordering, installing, and getting it qualified. It’s not a small investment.

Welch: Does a facility need more than one of these machines if it’s a high-volume drug versus a smaller volume drug, or are these technologies not typically best used for large-scale production?

Hammeke: These hybrid machines can manufacturer large volumes. However, it's my understanding that's not the best use of them, because one of their biggest selling points is how quickly you can change out what you are filling on the machine. They tend to have some disposable or single use components.

A CMO that has one of these hybrid machines can, for example, run something on it in the morning and something else on it in the afternoon. Other hybrid machines advertise that they can run something on Monday and something else on Tuesday. That doesn't mean they can't run something Monday through Monday and keep continuously processing. But my understanding is that they get the best value when they get a whole bunch of clients that have smaller runs than a client that has a big run. If they have a client that has a big run, they're probably going to put it on a different machine than the hybrid.

But I think that, ten years from now, we'll see something different just because of who owns what equipment at that point in time.

Welch: Do you think more companies will begin investing in capacity to handle prefilled syringes themselves?

Hammeke: Once they have enough medications in their portfolio for it to make sense to manufacture that in house, that’s certainly something to consider. But it’s important to remember Big Pharma companies may still choose to outsource these activities in place of investing in the expertise and facility upgrades that would be needed to add this capacity. They may still choose to outsource. But I think the biggest factor influencing what's being outsourced right now is who has what equipment.

Welch: There was a large focus in the report on how companies are considering or planning to change the life-cycle management strategies for some of their products — the most popular changes being adding indications, creating a next-gen product, or long-acting formulations. What impact do you see these decisions having on overall outsourcing and manufacturing?

Hammeke: If you think about a drug like Humira, for instance, which is now approved for over 10 indications, it was originally approved for rheumatoid arthritis. Then its audience more than doubled when it got approved for Crohn’s disease and probably doubled again when it got approved for psoriasis. So, you would see your potential patient population increase from a million to five million to 10 million people. You need more drug product and, instead of needing one CMO that can output a million doses a month, you ultimately need ten CMOs that can output a million doses a month or you need ten months of capacity at your primary CMO. Ultimately, getting a product approved for more indications will translate to more doses being manufactured and, in turn, the need for greater manufacturing capacity.

Welch: In the report, greater investments in biosimilar pipelines are one of the drivers of future sterile injectable manufacturing. What kind of impact do you think biosimilars have had thus far?

Hammeke: We really haven’t seen the biologic API manufacturing capacity crunch some anticipated when brands came off-patent. But, as we all know, there have been a number of blockades slowing market access to biosimilars. We think there will be a boom in manufacturing once biosimilars are more regularly used as the first-choice biologic treatment after a brand comes off-patent. The growth in biosimilars can change the first course of action a doctor takes because, frequently, they’re guided via payers and formularies to medicines that may not be as effective as biologic treatments. Rather, hospital formularies now have an opportunity to say, this biologic came off patent, it’s now affordable, and we think the biosimilar can meet more patients’ needs.