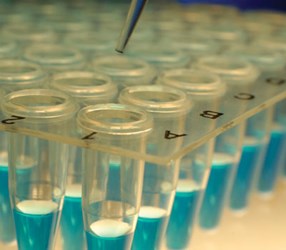 "We are pleased that the FDA has granted Fast Track status for NurOwn as this will allow us greater and more frequent dialogue with the Agency as we continue the development of this ground-breaking cell therapy for the treatment of ALS," said Tony Fiorino, MD, PhD, CEO of BrainStorm. "We expect Fast Track designation, which recognizes the potential of NurOwn as to address an unmet medical need in ALS, to help speed and improve our development program."

NurOwn is a personalized stem cell product made from autologous mesenchymal stem cells. These adult stem cells are obtained from the patient’s bone marrow and are induced to secrete neurotrophic factors, which are growth factors that can stimulate the survival and maintenance of neurons that degenerate in neurologic disorders.

NurOwn is currently being studied in randomized, double-blind, placebo-controlled phase 2 clinical trials in ALS patients in both Israel and the U.S. Reuters reports that the last patient visit has been completed in the phase 2a clinical trial in Jerusalem. The company expects to release final results of the study by the end of this year. The U.S. arm of the Phase 2 study is being conducted at three sites in the U.S., and is expected to be wrapped up in early 2015.

The FDA's Fast Track program aims to speed up the development of new drugs and biologics in order to get them to patients suffering from serious, unmet medical needs. The Fast Track designation will allow BrainStorm Cell to submit an NDA on a rolling basis and will grant the company more communication and support from FDA during the development process.

ALS, also known as Lou Gehrig's disease, is a rapidly progressive neurological disease that results in death within 2 to 5 years of diagnosis in most cases, and less than 20 percent of patients live more than 5 years after onset of symptoms. The relatively rare condition affects about 2 persons in every 100,000, with approximately 5,600 new cases diagnosed every year in the U.S, according to the ALS Association.

There is no cure for the disease to date, although the only approved ALS drug, Riluzole, has demonstrated its ability to extend survival by at least a few months.