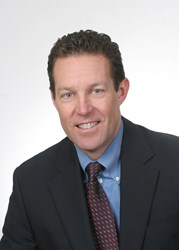 The human genome encodes thousands of secreted proteins, each of which is an actor in the delicate biochemical balance of diagnostics. Even a slight change in any one of these proteins can mean the difference between sickness and health. Such a change also provides a critical window into the body and helps to direct diagnosis and treatment, however, the vast majority of secreted proteins are present in concentrations well below what conventional technologies can measure, and their role in human health is poorly understood. Researchers have continued to seek ways to detect and diagnose earlier and more accurately through protein detection, and have been unsuccessful at doing so – until now.

Currently, fewer than 150 proteins having FDA approval are in use today, yet the human proteome contains over 2,500 secreted proteins. Most of the “missing” proteins are simply below the detection limit of the best ELISAs. ELISA, or enzyme-linked immunosorbent assay, tests are a popular format of “wet-lab” type analytic biochemistry assays. Using a solid-phase enzyme immunoassay to detect the presence of a substance, traditional ELISA (analog) readout systems require large volumes that ultimately dilute reaction products, requiring millions of enzyme labels to generate signals that are detectable utilizing conventional plate readers. Sensitivity is therefore limited to the picomolar (i.e., pg/mL) range and above.

Since ELISA was first developed in the 1970s, the technique has been considered a laboratory standard, but single-molecule analysis provides a resolution that simply cannot be obtained with traditional bulk ensemble measurements. Single molecule measurements are digital in nature: each molecule generates a signal that can be counted. It is much easier to measure the presence or absence of a signal than to detect the absolute amount of signal—that is, counting is easier than integrating. By isolating individual paramagnetic beads in arrays of femtoliter-sized wells and detecting single enzyme-labeled proteins on these beads using sequential fluid flows in microfabricated polymer array assemblies, ultra-sensitive signal measurements can be detected. These more sensitive measurements will likely result in earlier cancer detection, earlier detection of infectious disease, and identification of a host of new biomarkers with utility for in vitro diagnostics and companion diagnostics.

Single molecule measurement technology is already being used to fuel life science researchers in a variety of areas including oncology, neurology, cardiology and infectious disease. One example in particular that works to demonstrate the potential impact of this technology is the quantification of tau. It has been well established that the neuronal protein tau has an important role in the diagnosis of Alzheimer's disease and traumatic brain injury. Currently, measuring neuronal proteins like tau requires cerebrospinal fluid (CSF) collection as their concentrations in peripheral circulation are below the detection limit of conventional assays. The necessity of an invasive collection method has thus limited use of CSF biomarkers. A means for measuring neuronal proteins in blood would dramatically influence diagnosis of neurodegenerative disease and other brain injuries by eliminating the need for invasive, expensive, time‐consuming procedures. Until recently, efforts to provide sensitive and reliable tau measurements in serum and plasma have been met with little success.

By leveraging single molecule detection technology, researchers were able to, for the first time, measure the appearance of tau in human serum and plasma. The reliable detection and quantification of tau in blood is of potential clinical significance for several important applications. To understand these applications, consider a recent study of Olympic Boxers and Traumatic Brain Injury1.

With 1,000 times greater sensitivity than any other methodology offered for protein detection today, single molecule measurement technology enables the detection and quantification of biomarkers previously difficult or impossible to measure. With this newly improved visibility, researchers, academics, CROs, etc. can address significant unmet needs in life science research, biopharmaceuticals, and in-vitro diagnostics, providing a new generation of analytical products that are useful for much earlier disease detection.