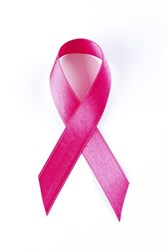 Cancer Research UK reported that a cancer drug derived from a sea sponge demonstrated potential to extend survival of patients with advanced triple negative breast cancer by an average of five months.

Eribulin, also known as eribulin mesylate or Halaven, is a chemotherapy drug indicated for advanced breast cancer. The drug mirrors the structure of halichondrin B, a molecule found in a sea sponge known as Halichondria okadai. Earlier research shows that halichondrin B has powerful tumor-fighting activity. As a synthetic version, Eribulin has been synthesized as a microtubule inhibitor that stops cancer cells from dividing into two new cells. Total synthesis of the natural molecule halichondrin B into the synthetic compound Eribulin took over 25 years of lab work.

Now those years of toil are being rewarded. According to research presented at the National Cancer Research Institute (NCRI) Cancer Conference in Liverpool, two Phase 3 clinical trials show that women with breast cancer treated with Eribulin saw their survival extended by two months while taking the drug. Women with metastatic triple negative breast cancer saw even more positive results — good news for this group, which is usually limited to a few treatment options. In this patient population, eribulin extended survival by approximately five months. Women with HER2 negative breast cancer also gained an extra two months. Overall survival for patients treated with eribulin was 15.2 months compared to 12.8 months for those treated with standard therapies.

Professor Chris Twelves, from the University of Leeds and Leeds Teaching Hospitals NHS Trust, and who also led the research team to analyze the trial results, said, “Eribulin has previously been offered to women who’ve already been through several lines of chemotherapy. But the European Union has recently approved eribulin for patients who have received less treatment for their breast cancer, which means we hope to give more patients another treatment option in the not-too-distant future.”

Martin Ledwick, head information nurse at Cancer Research UK, said, “These results are encouraging and may offer valuable extra time to patients whose cancers have stopped responding to conventional treatments and have few options left. Advanced breast cancer can be very difficult to treat so these results take us a small, important step in the right direction.” Ledwick added that although eribulin is far from being a cure, it offers a new treatment option for patients with advanced breast cancer.