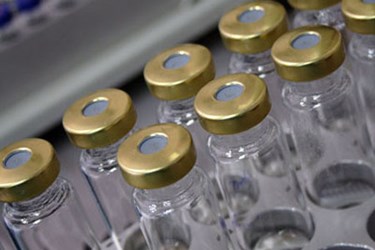 An independent group of scientists led by experts at the New York Stem Cell Foundation Research Institute (NYSCF) reported that they have manufactured the first disease-specific line of embryonic stem cells made with a patient’s DNA. The achievement is heralded as a major breakthrough in the regenerative medicine field.

This is also the first time cloning technologies have been utilized to generate genetically matched stem cells. The team used somatic cell nuclear transfer to successfully clone a skin cell from a 32 year old female patient with Type 1 diabetes. The cells were transformed into insulin-producing cells similar to lost beta cells in diabetes, which could provide better treatment or even a cure for T1D.

Susan Solomon, CEO and co-founder of NYSCF, says she is excited about the successful production of patient-specific stem cells using somatic cell nuclear transfer (SCNT). CEO Solomon said she became involved with medical research when her son was diagnosed with T1D.

Dr. Egli, scientist from the New York Stem Cell Foundation Research Institute and who led the research, said, “From the start, the goal of this work has been to make patient-specific stem cells from an adult human subject with type-1 diabetes that can give rise to the cells lost in the disease. By reprograming cells to a pluripotent state and making beta cells, we are now one step closer to being able to treat diabetic patients with their own insulin-producing cells.”

The scientists analyzed factors that affect stem-cell derivation after SCNT. They added histone deacetylase inhibitors and protocol for human oocyte activation, which were crucial in delivering them to the stage at which embryonic stem cells can be properly derived. The beta cells produced from the patient’s own skin cells are autologous and match the patient’s DNA. Further research is underway at NYSCF and other institutions for the development of strategies to protect existing and therapeutic beta cells from attacks of the immune system.

The research team’s work appeared in the journal Nature.