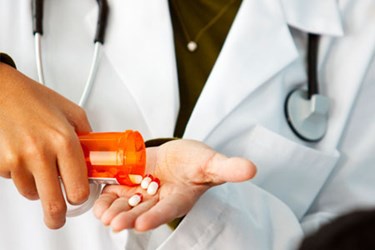 University of California, San Diego (UCSD) School of Medicine researchers together with colleagues from the Moores Cancer Center have built digital simulations of cancer cells, or cancer avatars, to identify promising drugs based on a patient’s genomic profile.

The cancer avatars may help scientists distinguish suitable cancer patients for clinical trials based on their cancers’ genomic signature and expected sensitivity to various anti-cancer drugs. This will help in the selective testing of cancer drugs on patients most likely to have a strong response while reducing risk of exposure to toxic drugs for those who are unlikely to benefit from them.

“Genomics tells us that cancers are a lot like snowflakes. No two cancers are alike so it does not make sense to give all patients the same drugs. This is the idea behind personalizing therapies for cancer. With the virtual cell model, we can take into account all the complexity of cellular processes to predict which drugs will be the most effective against a particular tumor based on its genomic profile,” said lead author Sandeep Pingle, project scientist at the Neuro-Oncology laboratory at UCSD. Pingle said that the approach is one of the initial steps towards designing personalized treatment.

A virtual cell depicting the internal workings of a normal healthy cell as a complex collection of metabolic networks and signaling pathways was developed for the project. The cell can be made cancerous by distorting specific points and pathways in the system. This represents a patient’s cancer avatar, which forms the basis for a computer model prediction of which drugs are most likely to destroy it.

“The advantage of computational modeling is the ability to incorporate the wealth of genomic and proteomic information on cancer cells and to screen drugs and combinations of drugs much faster and cost effectively. Our ultimate goal is to take this technology to the clinic to identify the best drugs for treating each individual cancer patient,” said Santosh Kesari, senior author of the study, chief of the division of Neuro-Oncology, professor in the department of neurosciences, and director of Neuro-Oncology at UC San Diego Moores Cancer Center.

Cancer avatars used in the study were based on cells taken from patients with glioblastoma, a highly aggressive cancer with a five-year survival rate of about 10 percent. The computer’s predictions were checked against standard, culture cells in drug sensitivity investigations.

The researchers’ findings were published online in the Journal of Translational Medicine.