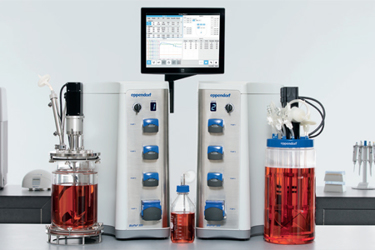 Bioprocess scale-up from small development scale to pilot and production scale is a fundamental part of process development in the biopharmaceutical industry. To reproduce process performance while increasing working volume, the optimal cellular environment must be replicated.

Scale-up often comes along with transference of the process to bioprocess systems with other properties, such as different geometries and engineering parameters. Depending on the scale-up strategy, parameters such as mixing time, oxygen transfer, and power input are to be considered. As it is usually not feasible to conserve all the parameters when scaling up, bioengineers must assess which are the most critical. Among the most important aspects of scale‐up are oxygen mass transfer and the dissolved oxygen (DO) concentration in the cultivation medium. Oxygen mass transfer depends mainly on the air sparge system, the gassing rate, oxygen concentration, selected impellers, their settings, power input and properties for gas dispersion.

In this study, we scaled up a CHO cell culture bioprocess from 1 L using a DASGIP® Parallel Bioreactor System to 5 L using a BioFlo® 320 Bioprocess Control Station. To develop a scale-up strategy, we partly compared power number and volumetric mass transfer coefficient (kLa) of the bioreactors. The results show that kLa value can be used as a suitable scale-up criterion from small to bench-scale.