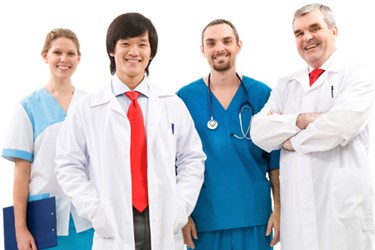 Sarepta Therapeutics announced that it has begun the clinical study of its lead exon-skipping therapeutic candidate eteplirsen for the treatment of Duchenne muscular dystrophy (DMD).

Eteplirsen is an investigational drug that leverages Sarepta’s novel phosphorodiamidate morpholino oligomer (PMO)-based chemistry and proprietary exon-skipping technology, specifically to skip exon 51 of the dystrophin gene. The drug’s mechanism of action aids in the repair of certain gene mutations that affect an estimated 13 percent of the total DMD population. Eteplirsen aims to stabilize or slow the disease process and improve the quality of life of DMD patients.

The open-label study 4658-204 (Study 204) will investigate the safety of eteplirsen in patients or those who have late-stage DMD and fail a minimum 6-minute walk test score at baseline. The company said it will enroll around 20 patients treated with eteplirsen who have genotypes likely to be responsive to exon 51 skipping and who otherwise qualify for the study.

Edward Kaye, CMO of Sarepta, said, “The initiation of this eteplirsen study represents an important milestone for patients, their families, and the DMD community. Expanding the DMD population to include patients who are older and non-ambulant… will provide additional data to support our planned NDA filing.”

“Eteplirsen is a potential breakthrough treatment for patients with DMD. I am pleased to be able to offer this promising disease-modifying treatment to my patients and to potentially alter the course of this devastating disease,” said principal study investigator Fawn Leigh, of Mass General Hospital.

Last month, the FDA discussed its decision to ask Sarepta to provide additional data for eteplirsen. In a statement published on its website, the agency said that it has been working intensively with the company towards the filing of an NDA for eteplirsen but the “FDA is concerned that the methods used to measure dystrophin were not adequately robust to support an NDA submission. Thus, FDA provided Sarepta with detailed recommendations on how to improve these dystrophin analyses, and FDA’s most recent advice was consistent with the advice provided after the April 2014 meeting.”

Following the discussions, Sarepta announced that it plans to file a New Drug Application (NDA) for eteplirsen with the U.S. Food and Drug Administration (FDA) for the treatment of Duchenne muscular dystrophy (DMD) based on the FDA’s guidance letter advising the company to file under the Accelerated Approval pathway.