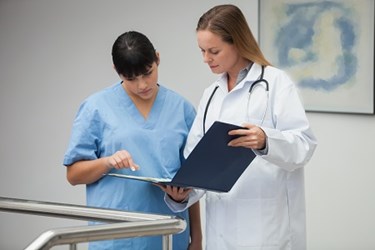 Sanofi’s vaccine division, Sanofi Pasteur, reported that its affiliate Shantha Biotechnics has initiated the Phase 3 clinical trial in India for its investigational vaccine for rotavirus.

Shantha Biotechnics’ rotavirus vaccine is being developed as a prevention tactic for severe rotavirus gastroenteritis in infants and children aged between 6 to 32 weeks. It is a live-attenuated bovine-human reassortant made up of four serotypes, G1, G2, G3, and G4.The vaccine is administered in an all-in-one formulation 3-dose series containing an antacid.

The Phase 3 trial of the vaccine will evaluate non-inferiority to currently marketed vaccines. Nearly 1,200 volunteers will be enrolled at 12 clinical trial sites in India. A previous Phase 1/2 study showed that all three doses of the vaccine are safe, well tolerated, and provide significant immunogenicity in healthy Indian infants.

Olivier Charmeil, Sanofi Pasteur’s President & CEO, said, “We aim to provide an affordable vaccine to meet the still significant medical need in emerging markets, like India, and through partnerships with organizations like Gavi, the Vaccine Alliance. Sanofi Pasteur wants to be in the position to target a major role in the growing rotavirus market in developing countries, with a key focus on the Gavi market, in public markets for non-Gavi countries, as well as private segments in emerging markets.”

Rotavirus can develop into severe illness in infants and young patients. The World Health Organization estimates that around 453,000 cases of rotavirus gastroenteritis (RVGE)-related child deaths took place worldwide in 2008. There are currently no approved treatments for RVGE, making vaccination an ideal solution for young patients in danger of the disease.

Earlier this year Shantha reported that its pentavalent pediatric vaccine has been prequalified by the World Health Organization. Shan5 vaccine was developed by both Shantha and its parent company Sanofi for the prevention of five diseases, namely: diphtheria, tetanus, pertussis, Hib, and hepatitis B.