Samsung BioLogics: How To Build A CMO Business 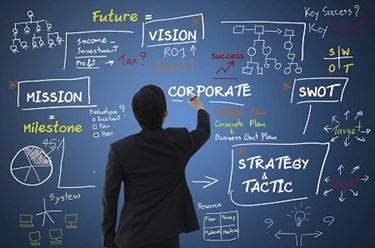 In 2009, leaders at Samsung surveyed their industry domains – among them electronics, semiconductors, and shipbuilding – and wondered what should come next. They tasked an energetic 30-year veteran of the company to find out. In this exclusive interview with Outsourced Pharma, Tae Han Kim, PhD, president and CEO of Samsung BioLogics, shares his story of how he selected the biologics contract-manufacturing industry, the building of his business, and his first customers.

No Shroud Of Mystery

Few if any companies have started in contract manufacturing with a state-of-the-art, 740,000-square-foot, multi-product facility, housing a total bioreactor capacity of 30,000 liters, set on a single site of 950,000 square feet, all built to FDA/EMA requirements … with plenty of room for future expansion. Indeed, Samsung BioLogics emerged on the scene like the Korean mountains that dramatically rise from the sea, at first shrouded in a mysterious mist and then suddenly unveiled for all to witness.

However, as CEO Kim and I start our discussion in the surprisingly large conference room atop the shiny white Samsung BioLogics booth at BIO 2015, he’s adamant there was no mysterious origination, nor is there a secret source for success to make Samsung Biologics “the best CMO in the world,” as boldly stated on the company website. And, he says, there was certainly nothing sudden about Samsung’s entry into the CMO space.

“I spent three years searching for new business candidates for Samsung,” he explains. “I reviewed opportunities in renewable energy, such as solar photovoltaic and wind farms, ion batteries and others. But I was attracted by the future of life sciences, particularly biologics.”

Kim, whose education includes CEO training at Wharton Business School, an MS and PhD in Chemical Engineering from University of Texas at Austin, and a BS in Polymer Science, Kyungbook National University, tells me that to start a new business you need to answer two basic questions. “First, is it attractive long-term? I mean 30 or 40 years. My answer was yes for biologics,” he says. “The second question is can you be relatively competitive – do you have some advantages – in that area? Samsung did not have specific experience in this field, and I speculated over this second question for a long time.”

Kim got the idea to segregate the business “into the fractions of the value chain: discovery research, development, manufacturing, and marketing and sales.” Samsung might not have advantages in the first two areas, and could not compete with Big Pharma in the last. “But I became confident I could win in manufacturing, initially by utilizing Samsung’s experience and knowhow in plant design, construction, validation and operations,” explains Kim. “For example, Samsung has built 22 semiconductor facilities, each costing around $5 billion to bring on-line, and requiring large-scale clean-room design, construction, operation, and complicated hygienic piping technology.”

Next came the point of revelation to the rest of the world of what Samsung was up to. Kim began aggressively hiring global talent with direct experience in biologics plant design and construction, validation and cGMP operations. He also recruited Korean-Americans, many eager to return home to a once-again growing economy, and he found Koreans with science backgrounds and good English skills. The direct, global experience he gained of the biologics industry melded with Samsung’s own knowhow in clean-room design and operation, the design and fabrication of hygienic piping and other manufacturing processes, to bring the facility on-line, and within budget. In April of 2011 – with an initial investment estimated at $300 million dollars – Samsung BioLogics was declared open for business.

Kim says one-hundred percent of the specialized equipment for biologics production in his plant, located at the port city of Incheon, just west of Seoul, is imported directly from Germany, Switzerland or the U.S. He mentions though, that equipment is less a capital expenditure than many think. “More costly is fabrication and process integration,” he says. “All of that is accomplished by Samsung. Because of our experience, the cost of hygienic design and piping fabrication is typically one-third of that in the US.”

Of course there were internal skeptics when Kim first started to propose the idea of becoming a biologics CMO. He says they were won over by “fundamental business concepts of competitive advantage and profitability models.” Four years after the company’s foundation in April 2011, those same arguments – bolstered by two drug substance plants of 30KL and 150KL capacity, integrated drug product capabilities, and the right people in place – would have to be made to woo a customer to Seoul.

The First Customer Is the Dearest

Kim, fond of enumerating as a concise way to answer questions, sees three basic components needed to be successful in the contract manufacturing business: “You should be able to build a best-in-class cGMP plant with ample capacity, meeting global standards of quality and compliance; then safely and profitably operate the plant meeting all regulatory guidelines; and finally you must be able to sell the capacity.”

Who was that first client? “Bristol Myers Squibb,” he answers immediately. “We visited BMS repeatedly. We invited their construction engineers, quality experts, anybody that wanted to come and review our plant and interview our workers to make sure we fully understood quality, regulations, and operations. They concluded that while we were new, we could provide top-quality manufacturing at a competitive cost.” The BMS contract was announced in July of 2013 as a 10-year agreement under which Samsung will manufacture drug substance for BMS. Addendums were added in 2014 for additional drug substance and drug products. According to Kim, this is the longest-term contract in the history of the industry.

Kim’s next customer was Roche-Genentech, announced a few months after the BMS contract. “They spent more than two years evaluating our facility, people, systems, and culture…and this also resulted in a large, long-term relationship.”

I spoke to someone familiar with these relationships, and was told that the open, transparent style of Dr. Kim, and his developing personal relationships with senior management, were instrumental in helping win these first – and subsequent – customers.

“We met so many Big Pharma,” recalls Kim, “but they wanted a track record, the one thing I could not give them! Only two trusted us. I respect those companies for the way they made their evaluation and decisions. It also shows they were self-confident in that they could work in a new and open partnership.”

Back To A Lack Of Mystery

“There was no hidden strategy to our start,” Kim iterates. “As business people, my staff and I study and try to understand business principles. We like the terms ‘better,’ ‘faster,’ and ‘more’…there is nothing new, other than we strive to improve plant design, plant construction, operations and communication.”

Kim is clear on his business approach for the future as well. Because the biopharma industry is predominantly a Western industry – the U.S. alone holding a 50-percent market-share – he’ll continue to target the larger biopharmaceutical clients in the U.S. and Europe. He also mentions discussions with Japanese pharma. “Samsung BioLogics will stay focused particularly on the larger-capacity, long-term biopharmaceutical manufacturing needs of customers.” There certainly is no mystery in that.

EDITOR’S NOTE: In part two, Tae Han Kim, PhD, president and CEO of Samsung BioLogics, provides us his philosophy on business leadership … and revisits the concept of being “The Best CMO in the World.”