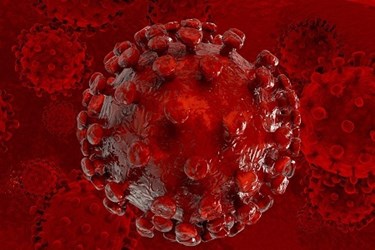 A team of scientists from the Salk Institute for Biological Studies reported that they have identified a protein that could be exploited as HIV-1’s Achilles heel.

HIV-1, the most common type of the virus, possesses a knack for lying dormant and unnoticed in a person’s cells for years, only to erupt later in uncontrolled viral replication that leads to the destruction of the immune system. Scientists began by compiling a list of proteins that play a part in active HIV replication by interacting with the HIV protein Tat. One of these is Ssu72, described as part of a switch to awaken HIV-1 from its dormant state.

Katherine Jones, Salk professor in the Regulatory Biology Laboratory, said that HIV-1 will not be able to live without Tat, which serves as its scout for an environment suitable for viral replication. Once Tat has ascertained that the virus is in the right territory, it kicks off HIV-1’s transcription to enable it to replicate and spread. While it has been previously thought that Tat only has the single partner protein CycT1, the Salk team was able to see that it also works with Ssu72, which plays a key role in its activation. The phosphatase Ssu72 has been shown to bind directly to Tat and not only activates the transcription, but also builds a feedback loop to speed up the process.

“Tat is like an engine for HIV replication and Ssu72 revs up the engine. If we target this interaction between Ssu72 and Tat, we may be able to stop the replication of HIV,” said Lirong Zhang, one of the Salk researchers and first authors of the study.

The discovery may pave the way to developing treatments that target a chink in HIV-1’s armor while sparing healthy cells, as Ssu72 seems to work in a unique way with HIV-1. Inhibiting Ssu72 from activating the transcription process may be a promising therapeutic target. Studying latent HIV infections and its connection to low levels of the Ssu72 protein in T cells may also present potential in developing effective strategies against HIV-1. The team plans to further study Tat’s other host cell partners that were also discovered during the study.

The researchers published their findings in the journal Genes & Development.