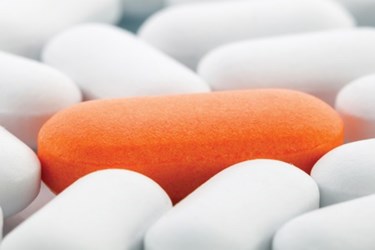 Pharmacyclics announced that it has signed into a master clinical drug supply agreement with Roche for an initial Phase 3 study of Pharmacyclics’ Imbruvica and Roche/Genentech’s Gazyva as a combination cancer therapy.

Imbruvica (ibrutinib) is an oral Bruton's tyrosine kinase (BTK) inhibitor that works to stop signals directing malignant B cells to increase in number and spread uncontrollably. The drug is indicated for the treatment of patients with CLL and has received a positive recommendation from the European Medicines Agency’s (EMA) Committee for Medicinal Products for Human Use (CHMP) for the treatment of both relapsed or refractory mantle cell lymphoma (MCL) and CLL. Imbruvica is being co-developed by Pharmacyclics with Janssen Biotech.

Gazyva (obinutuzumab) is a novel CD20-directed antibody that attacks target cells both directly and in conjunction with the body's immune system. The drug is approved by the U.S. Food and Drug Administration (FDA) in combination with chemotherapy drug chlorambucil for the treatment of patients with previously untreated chronic lymphocytic leukemia.

The companies agreed to assess the safety, tolerability, and initial efficacy of the Imbruvica and Gazyva combination therapy in patients with non-Hodgkin Lymphoma (NHL) and in chronic lymphocytic leukemia/small lymphocytic lymphoma (CLL/SLL). Pharmacyclics will investigate the drug combo in a Phase 3 trial in CLL/SLL. The agreement permits the consideration of several studies aside from the preliminary trial. The companies said that investigator-sponsored trials are also being considered to further study the potential of the Imbruvica and Gazyva combination. No financial terms of the agreement were disclosed by either company.

Bob Duggan, Chairman & CEO of Pharmacyclics, said, “We are committed to evaluating the potential activity of Imbruvica as a single agent and in combination with other agents to determine the benefits that IMBRUVICA may provide through a variety of uses across several hematologic malignancies. We look forward to… deliver[ing] new treatment options to patients with NHL and CLL.”