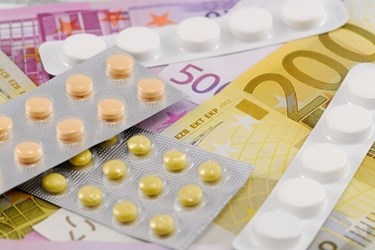 Roche announced its commitment to invest 3 billion Swiss francs ($3.2 billion) over the next 10 years for its development plans that will include the construction of a new R&D site in Basel, Switzerland.

Roche CEO Severin Schwan emphasized the importance of Basel as its HQ where the company’s value chain is represented. “Roche is committed long-term to Switzerland and to Basel in its dual role as corporate headquarters and one of our most important sites worldwide… Employees from all parts of the company are making a vital contribution to Roche’s innovative strength, and we want to provide them with an attractive work environment.”

Jürg Erismann, Head of the Basel/Kaiseraugst Site, said that the company continues to aim for sustainability in its building projects. “The planned consolidation of the existing industrial site will eliminate the need to build over green zones. Instead, Roche will be making more efficient use of those parts of the site that have already been developed but cannot be expanded... For instance, assuming a comparable number of workplaces, the energy used in Building 1 will be only one fifth of the amount consumed in 40-year-old Building 74, which is due to be replaced as part of the site development project.”

Bloomberg reports that the city of Basel has been greatly influenced by the pharmaceutical industry. The city is home not only to Roche but also to Novartis, the highest-selling big pharma in Europe. Novartis currently operates in a green campus which it transformed from a former industrial site. Roche’s 41-story tower currently in construction is just across the river and is expected to become the tallest building in Switzerland at its completion