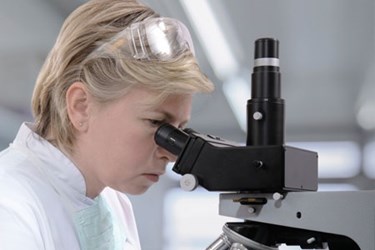 A team of scientists at Thomas Jefferson University reported their discovery of a new approach to help enhance the efficacy of drugs that target Amyotrophic lateral sclerosis (ALS), also known as Lou Gehrig's Disease.

ALS is a neurodegenerative disease that destroys motor neurons and leads to paralysis and death within two to five years of diagnosis. As of today, there is no cure for ALS, and a majority of drugs developed for its treatment have failed. The team from Thomas Jefferson University reports that they have pinpointed a possible explanation for the drugs’ failure: the brain in ALS patients not only has the ability to excessively pump out toxins, but it also pumps out any ALS treatments as well, weakening their therapeutic effect.

The team identified two proteins known as P-glycoprotein (P-gp) and breast-cancer resistant protein, which pumped both toxins and the approved ALS treatment riluzole from the brain. Dr. Davide Trotti, associate professor of neuroscience and Co-Director of the Weinberg Unit for ALS research at Jefferson, explains, “Drug resistance via these types of cellular drug-pumps is not new. In fact, drug companies routinely check novel compounds for interactions with these transporter proteins, but they typically check in healthy animals or individuals.”

Blocking the two proteins increased the efficacy of riluzole. The researchers decided to observe how these interactions changed in mouse models of ALS over time. They found that when the protein pumps were blocked in mice treated with Riluzole plus as investigational drug named Elacridar, the mice’s lifespan increased and their disease symptoms improved. This treatment combo also helped enhance and preserve muscle strength, along with other key measures of ALS.

The scientists concluded that the brain may generate more protein pumps as the disease progresses in order to remove damaged neurons, and in turn, the brain ends up removing ALS drugs at a much greater rate than before. This discovery could also explain why patients being treated for ALS often see their treatment become less effective as time progresses.

“The fact that elacridar is selective may explain why we didn’t see obvious side effects: other transporter proteins in the brain were still active and removing toxins. We simply plugged the ones that allowed riluzole to leak out. The research paves a way for improving the efficacy of an already ALS approved drug, if the findings hold true in human clinical trials,” said co-senior author Dr. Piera Pasinelli, associate professor of neuroscience at the University.

The scientists published their findings this month in the Annals of Clinical and Translational Neurology.