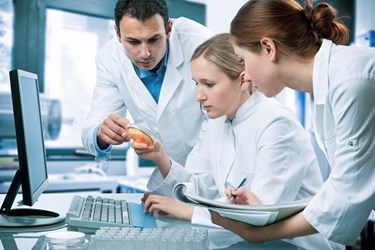 Researchers at Northwestern Medicine have discovered a new potential drug that shows promise in treating a rare and incurable form of brain tumor in children. When the researchers used an experimental drug called GSKJ4, it inhibited the tumor-forming ability of a specific genetic mutation and prolonged survival in mice models.

Pediatric brainstem glioma, also known as diffuse intrinsic pontine glioma (DIPG), is a type of brain tumor that grows in the brainstem, which controls many of the critical body functions. Due to their location inside the brainstem, these tumors cannot be removed by surgery, nor targeted effectively with radiation or chemotherapy. The disease is thus incurable, and patients survive less than one year with this condition.

"No significant advances in the survival of DIPG patients have been made over the last few decades, and new therapeutic approaches are desperately needed," said first author of the study, Dr. Rintaro Hashizume, assistant professor in neurological surgery at Northwestern University Feinberg School of Medicine.

A mutation in the H3F3A gene was found to be common in most patients with DIPG, and this mutation was chosen as the target for therapy by Hashizume and the senior author, Dr. David James, professor in neurological surgery at Northwestern. The H3F3A gene mutation causes reduced histone methylation, which in turn affects gene expression. By pharmacologically restoring histone methylation, the researchers believed they could prevent tumor formation.

A small molecule inhibitor, GSKJ4, that was known to increase methylation for immune disorder treatment, was evaluated for its potential in increasing histone methylation for DIPG. The researchers found that mice treated with GSKJ4 for 10 days lived significantly longer than those in a control group without GSKJ4 treatment.

"We are so excited by these findings, which for the first time provide evidence for pharmacologic treatment connected to a histone mutation," Hashizume said. "Furthermore, we've identified a compound that may be useful for treating DIPG patients with this mutation."

Research on DIPG has also been limited due to the rare nature of this disease and because of how difficult it is to obtain the hard-to-reach DIPG tissue samples for studying. It was only in recent years that a surgeon at University of California developed a safe biopsy procedure to remove tumor tissue samples. The researchers in this present study modified the tumor tissue samples and grew sustainable cell lines so that they could have enough tumor cells to evaluate for several studies.

The researchers now plan to test this promising inhibitor drug in further studies in DIPG to see if it shows long-lasting effects with longer treatment periods. They also intend to evaluate GSKJ4 as part of a radiation and chemo regimen in animal models, and they hope to eventually progress to a clinical trial with human patients.

The research was published in the journal Nature Medicine.