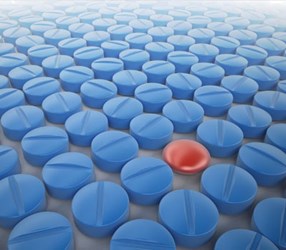 RHB-105 is a fixed-dose oral combination that comprises two antibiotics and a proton pump inhibitor in a single oral capsule intended as treatment of H. pylori infection. The treatment is currently being investigated in a Phase 3 clinical study in the U.S. following the successful results of a Phase 2 study in Australia showing that RHB-105 achieved infection eradication rates of over 90 percent in 130 subjects.

Roughly two-thirds of the world population is infected with H.pylori, a bacterial infection behind peptic ulcer disease, chronic gastritis, and gastric cancer among others. More than 3 million in the U.S. are treated to eliminate H.pylori infection every year.

Gilead Raday, RedHill's SVP of corporate and product development, said that the company is delighted with the awarded QIDP status, which it believes will speed the development process of RHB-105. “The growing resistance rates of H. pylori to existing antibiotic therapies pose significant challenges to health organizations worldwide and the recent addition of H. pylori to the list of qualifying pathogens under the FDA's GAIN Act highlights the need for new therapeutic alternatives to treat H. pylori infected patients. RHB-105 is a new and proprietary all-in-one triple combination oral therapy which has demonstrated promising results in a Phase 2 study, and we hope to repeat these results in the ongoing Phase 3 study.”

The company reported that it has enrolled half of its targeted 120 patients for the Phase 3 study, the topline results of which are expected in the second quarter of 2015.

The QIDP designation confers an additional five years of market exclusivity to RHB-105 should it receive approval for its indication. RHB-105 is also made eligible for Fast Track status and Priority Review due to its QIDP status.